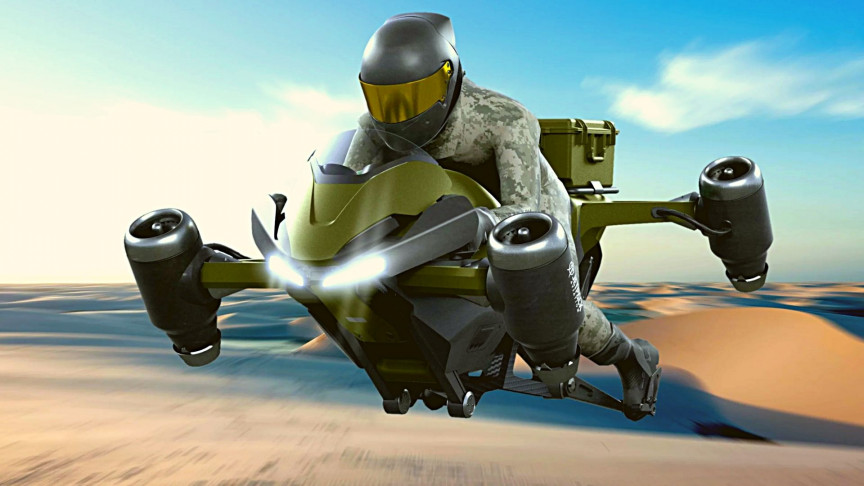 National defense is preparing for the next generation of flight.

The U.S. Air Force wants to upgrade its air power with a next-gen high-speed vertical takeoff and landing aircraft, according to an initial report from New Atlas.

And not just one: a whopping 35 different designs are due for presentation, and we’re here to examine a handful.

A new generation of HSVTOLs are on the horizon

Initially announced in 2017, AFWERX’s U.S. Air Force program aims to inject entrepreneurial tech  into original ideas that arise internally to fast-track the best concepts from both military and civilian worlds. To them, the country’s national security depends on commercial technology, which is why AFWERX intends to boost U.S. companies that can provide new avenues for national defense with innovative technology. Back in June, the firm announced its opening for submissions from other companies as entrants into a novel High-Speed VTOL (HSVTOL) challenge. As of writing, its present submissions see heavy testing in the firm’s runway-free service and flexible operations workflow. The most common helicopter is called the Sikorsky HH-60 Pave Hawk, but it can only fly up to 193 knots (222 mph, 257 km/h), since it’s equipped with a retreating blade stall.

The tilt-rotor Bell Boeing V-22 Osprey is quicker, accelerating to 305 knots (351 mph, or 565 km/h), but this top speed has a minimum altitude of 15,000 ft, and it’s more complicated than a helicopter. Also, the $75 million price tag is probably relevant. But there are other high-speed helicopters also in the works that use coaxial twin rotors above the body of the craft that spin in opposite directions to cancel the effects of retreating blade stall. This is a great way around the problem, but it also calls for complex engineering, and, sadly, they will have trouble keeping pace with the Osprey.

This is why the HSVTOL challenge was launched, to encourage the development of agile concepts capable of transporting cargo and humans in and out of hairy battle scenarios in a short timeframe. The challenge also included crucial features like increased endurance and range, flexible payload capacities, and in-air refueling. Entrants whose designs fit on a standard pallet, or operate their own threat avoidance and smart collision systems, will be awarded bonus points, according to the report.

The Barracuda can fly up to 550 mph

Of the 218 applicants, the AFWERX group approved 35 designs for final entry, which will shortly be demoed in an HSVTOL showcase. We still don’t know the winning team, but a handful of companies have already announced their standing, which means we have time to check out a few. The Speeder from Jetpack Aviation was imagined as a flying motorcycle, but produced like a jet-powered multicopter drone. It offers a hyper-flexible platform that moves at high speeds, without sacrificing agility or endurance, when piloted by a crew, flown remotely, or running on autonomous navigation. Jetpack Aviation began by introducing a few of the world’s first fully functioning turbine-powered jetpacks, which means the Speeder will also carry a handful of jet turbines employing a thrust-vectoring system, which, in turn, was designed, coded, and flight-tested by JPA itself. The Speeder’s jet turbines can function without issues at roughly 530 knots (610 mph, 980 km/h) or faster, and JPA’s David Mayman said it can fly “potentially well over” 260 knots (300 mph, 482 km/h), according to the New Atlas report.

A really big entrant is Barracuda from Advanced Tactics/RotorX, and it is the potential winner that most closely resembles modern-day eVTOL air taxis. When it’s in VTOL mode, it almost looks like a  14-seat airplane with a giant quadcopter system, but it isn’t electric. Employing four turboprop engines to spin its rotors, the aircraft maintains balance while hovering via variable blade pitch control. While it’s in cruise mode, Barracuda’s front propellers tilt downward, with the rear ones tilting upward, using long pylons to maximize the airflow and optimize thrust. Crucially, the Baraccuda could achieve a top velocity of 480 knots (550 mph, or 890 km/h), and move up to 12,500 lbs (5,760 kg) of cargo, which is roughly the same as 14 passengers in its pressurized cabin. With a 40,000-ft service ceiling, it seems more heavy-duty than other entrants, but we’ll have to wait for the final word from AFWERX to learn who the winning teams are.