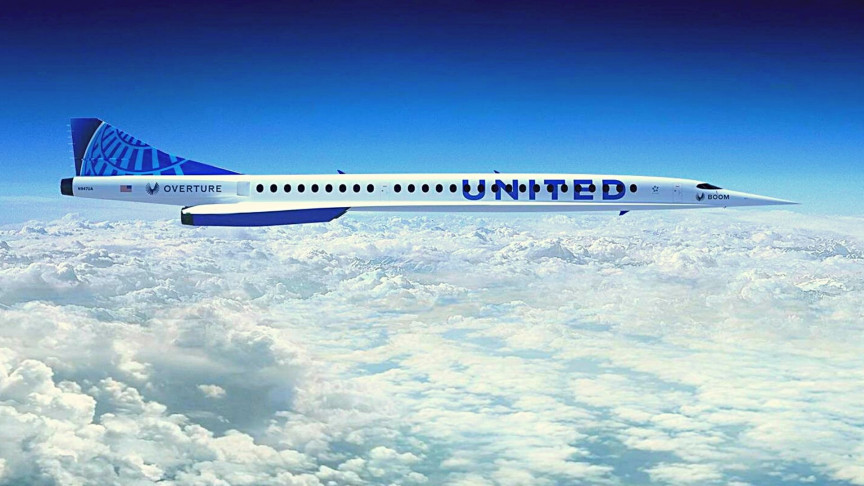 The last supersonic commercial flight happened decades ago, when Concorde finished its final flight from New York to London in 2003. But the appeal of hyperfast air travel has yet to fade away.

United Airlines announced it was buying 15 faster-than-sound jets from Boom Supersonic, the Denver-based startup, with plans to order up to 35 more of the novel aircraft, according to a Thursday press release from the airline.

Boom Supersonic and United Airlines will collaborate on ensuring the aircraft meet operational and sustainability requirements. The airline’s new supersonic fleet is slated for delivery in 2025, with flights in 2026 and the first passenger-ready flights by 2029. “United continues on its trajectory to build a more innovative, sustainable airline and today’s advancements in technology are making it more viable for that to include supersonic planes,” said United CEO Scott Kirby in the press release. “Boom’s vision for the future of commercial aviation, combined with the industry’s most robust route network in the world, will give businesses and leisure travelers access to a stellar flight experience.”

“Our mission has always been about connecting people and now working with Boom, we’ll be able to do that on an even greater scale,” added Kirby. The supersonic airplane Overture can fly at speeds of Mach 1.7, double the speed of today’s current airliners. Several routes will be offered upon commercial availability, including from Newark to London in three and a half hours, Newark to Frankfurt in four, and San Francisco to Tokyo in an impressive six hours. Features include “ample” personal space, conventional in-seat entertainment screens, and contactless technology.

“The world’s first purchase agreement for net-zero carbon supersonic aircraft marks a significant step toward our mission to create a more accessible world,” said Founder and CEO of Boom Supersonic, Blake Scholl. “United and Boom share a common purpose — to unite the world safely and sustainably. At speeds twice as fast, United passengers will experience all the advantages of life lived in person, from deeper, more productive business relationships to longer, more relaxing vacations to far-off destinations.”

Investing in sustainable commercial flights is risky, but necessary

This is a big step for Boom, but it still needs to secure approval from the Federal Aviation Administration, in addition to regulators abroad. On United’s side, this helps position the airline as a disruptor to the industry just starting to recover after the effects of the global COVID-19 pandemic. Earlier, the airline declared a $20 million investment in an electric air taxi start-up, called Archer, with aims to continue making investments in that sector, said Head of corporate development Michael Leskinen at United. “We are really confident in the future. Aerospace takes a long time to innovate,” he said, in a New York Times report. “And so if you don’t start setting these opportunities out now, you will have missed them.”

“Aerospace takes a long time to innovate,” continued Leskinen. “And so if you don’t start setting these opportunities out now, you will have missed them.” It’s true when new technologies are introduced into a traditional industry, early adopters take on the greatest risk, but reap the greatest gains in the long run. The tech world is dominated by companies like Apple, Microsoft, Amazon, and others whose founders recognized the value of smartphones, standardized operating systems, and online markets, respectively. It’s too soon to say if Boom will have the same luck, but, in light of climate change, sustainable commercial flights are the only way for airlines to prepare for the future.