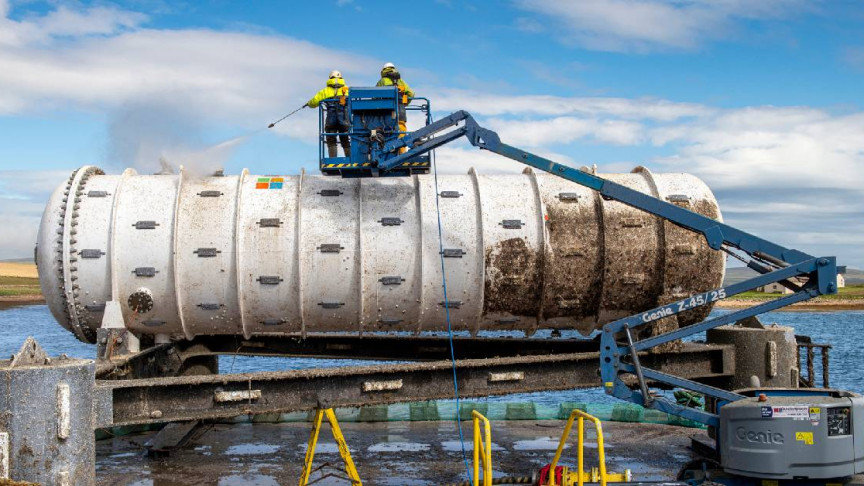 Back in 2018, Microsoft leveraged technology from submarines to sink a data center off the coast of Orkney that they said could provide internet connectivity for years. Now, it has been retrieved and the firm’s researchers are testing it to see how well it performed.

RELATED: MICROSOFT TESTS A RENEWABLE ENERGY-POWERED DATA CENTER AT THE BOTTOM OF THE OCEAN

“The retrieval launched the final phase of a years-long effort that proved the concept of underwater datacenters is feasible, as well as logistically, environmentally and economically practical,” wrote Microsoft’s John Roach in a blog.

One of the first things the researchers noticed was that the sea-based data center had a lower failure rate than a conventional one. Only eight out of the 855 servers on board had failed. Microsoft speculates that the greater reliability may be related to the fact that there were no humans on board and that nitrogen was pumped in rather than oxygen.

The firm is now trying to figure out why the servers in the underwater datacenter are eight times more reliable than those on land. If their theories thus far prove correct, they could be able to use their findings on data centers hosted on dry land.

Project Natick, the name given to this underwater wild experiment, also proved that the data center could be recovered in a rather pristine state. “We were pretty impressed with how clean it was, actually,” said Spencer Fowers, a principal member of technical staff for Microsoft’s Special Projects research group.

“It did not have a lot of hardened marine growth on it; it was mostly sea scum.” But perhaps the biggest lesson to be taken from Project Natick is how to use energy in a more sustainable way.

“We have been able to run really well on what most land-based datacenters consider an unreliable grid,” Fowers said. “We are hopeful that we can look at our findings and say maybe we don’t need to have quite as much infrastructure focused on power and reliability.”