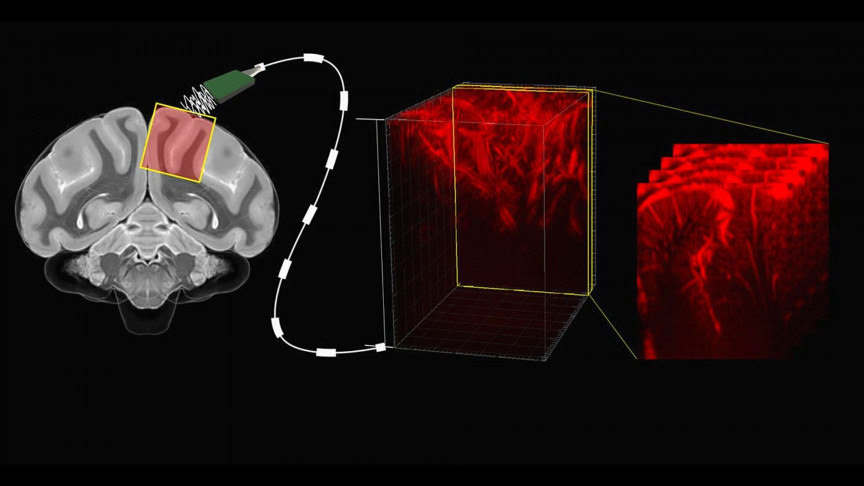 A collaborative team of researchers at Caltech developed the system that can read brain activity corresponding to the planning of movement.

The team’s study was published in the journal Neuron on Monday 22 March.

Neuroscientists working on BMIs in order to map out the brain’s activity to corresponding movements will be having a field day thanks to this new study. Typically, these devices read and interpret brain activity and link it up to a computer or machine.

However, these devices typically require invasive brain surgery, which many patients aren’t willing to partake in.

The news of this new technology, which uses functional ultrasound (fUS) technology accurately maps out neural activity from its source deep within the brain at a resolution of 100 micrometers.

“What’s most exciting is that fUS is a young technique with huge potential—this is just our first step in bringing high performance, less invasive BMI to more people,” said Sumner Norman, postdoctoral fellow in the Andersen lab and co-first author on the new study.

Ultrasound technology and imagery works by emitting pulses of high-frequency sound, explain the researchers, and then measures how those sound vibrations reverberate throughout a substance, like human tissue. This type of imaging is already widely used to take images of a fetus in utero, for example.

The team realized that this imaging technique could also help predict movement and behavior.

As Mikhail Shapiro, professor of chemical engineering and Heritage Medical Research Institute Investigator and part of the research team said “This technique produced detailed images of the dynamics of neural signals in our target region that could not be seen with other non-invasive techniques like fMRI.”

“We produced a level of detail approaching electrophysiology, but with a far less invasive procedure.”

The team tried and tested its method on non-human primates, teaching them to carry out simple tasks like moving their eyes and arms in a certain direction after receiving cues. The primates were observed using the fUS technology as they carried out these tasks, measuring their brain activity in the posterior parietal cortex — the part of our brain that plans movement.

The team wanted to see if fUS imaging could also be used to figure out the primates’ intentions before they carried out their tasks.

The system was then trained with a machine-learning algorithm using ultrasound data collected in real time, and within a few seconds, the algorithm was able to predict what next movement the non-human primates would carry out.

As Richard Andersen, who was part of the study, pointed out, in order for this method to work “Only a small, ultrasound-transparent window needs to be implanted in the skull; this surgery is significantly less invasive than that required for implanting electrodes.”

This new method opens many doors for neuroscientists working in developing BMIs, and it vastly minimizes invasive surgery. The next steps include human trials, to see if these images and predictions also work for reading human brains.