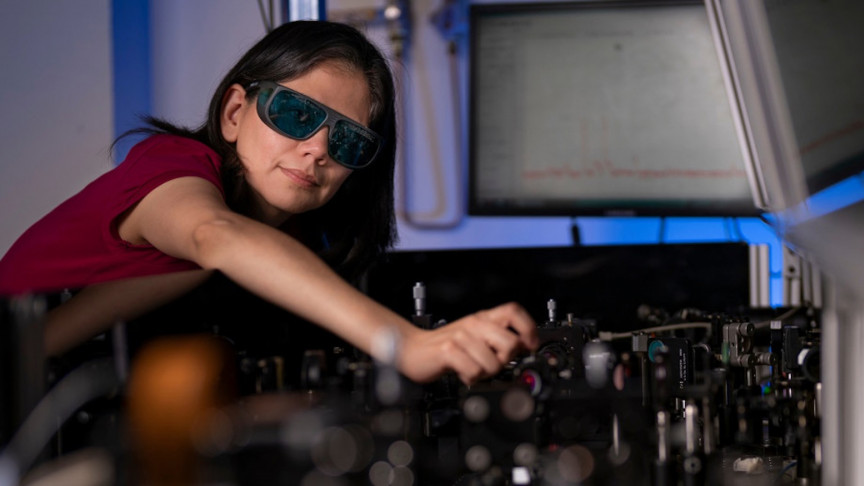 A first-of-its-kind, ultra-thin film that allows people to see clearly in the dark has been developed by researchers at the Australian National University (ANU).

As the new technology is so lightweight, it can one day be applied to regular spectacles to act as a filter, using a simple laser that converts infrared lights into images the wearer can see well in.

The new technology, which is still in its prototype stages, has the potential to revolutionize night-vision goggles and glasses. As the researchers explained in their published study in Advanced Photonics, their tech is based on nanoscale crystals.

These crystals are hundreds of times thinner than a strand of human hair, said lead researcher Dr. Rocio Camacho Morales.

Not only is the technology lightweight, but it’s also cheap, and can easily be massed produced. Moreover, no power source is needed for the film to work. All it needs are little laser pointers, which the nanocrystals combine with the infrared light, ultimately, turning the film into a layer that produces images that the wearer can see in the dark.

“We have made the invisible visible,” said Camacho Morales. “Our technology is able to transform infrared light, normally invisible to the human eye, and turn this into images people can clearly see – even at distance.”

Useful for the military, but also for regular people

The team predicts its thin film will be something extremely useful for the military, police, and security guards, who regularly use bulky night-vision goggles for their work. Even though military night-vision goggles’ tech improves year on year, such as the U.S. Army’s latest superhero-worthy ones, they can still be heavy and limiting to wear, and can lead to neck injuries caused by their weight.

What’s exciting is that this film will also be easily usable for anyone walking or driving home late at night, as it just needs to be placed on top of regular glasses.

“This is the first time anywhere in the world that infrared light has been successfully transformed into visible images in an ultra-thin screen,” Professor Dragomir Neshev, ANU Professor in Physics, said.

“It’s a really exciting development and one that we know will change the landscape for night vision forever.”