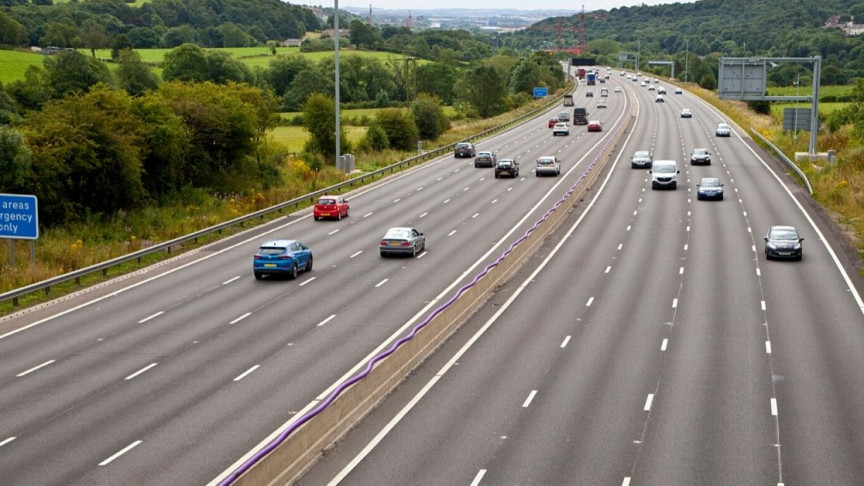 People in the U.K. could become the first residents to drive hands-free on motorways. The nation’s transport secretary, Grant Shapps, is forging ahead with his ambitious plan for driverless lanes in the country.

The U.K. introduced new lane-keeping technology for the shift to driverless cars, but it’s so far limited to motorways where Stop-Start traffic from opposite directions is separated by physical barriers, no pedestrians or cyclists are allowed, and the maximum speed is 37 mph (59.5 km/h).

The Times was the first to publish the news, and the U.K. Government announced its plans towards automated driving in a specific lane-keeping system in August 2020.

The lane-keeping technology recently introduced in the U.K. is step three out of five towards fully driverless car lanes.

Shapps is pushing hard for these driverless car lanes in the country, however he’s been met with concerns from insurance companies regarding the safety of all this new technology.

The main issue of concern is the fact that driverless tech in cars is not yet fully stable. A number of car crashes over the past years with owners of driverless cars behind the wheel, but not in control of it, have proven this worry to be true.

On top of that, passengers and even owners of these vehicles can’t always fully be trusted to act appropriately while behind the wheel, as can be seen when a woman fell out of a moving car on a British motorway last year just to try and catch a Snapchat video. Granted, that’s one case out of many, but if owners of vehicles are encouraged to use their phones and devices while behind the wheel of a driverless car, who’s to say what they’ll get up to.

So Grant Shapps is pushing for Driverless Cars to be up and running by the summer!!!They will only be allowed on Stop-Start roads to up to 37mph – barrier between lanes and no pedestrian/cyclists around..anyone else smell another Trial on UK Guinea pigs! What do you think? @LBC

So insurance companies are not so worried about the technology behind the lane-keeping systems, rather they are pushing for more control of drivers behind the wheel until fully self-driving cars are introduced.

According to the Times‘ report, even though Shapps has the power to choose vehicles that have some form of self-driving ability, no such vehicles have yet been listed.

Even though the new lane-keeping technology is a step forwards towards self-driving tech, it’s still rather limited at this stage.