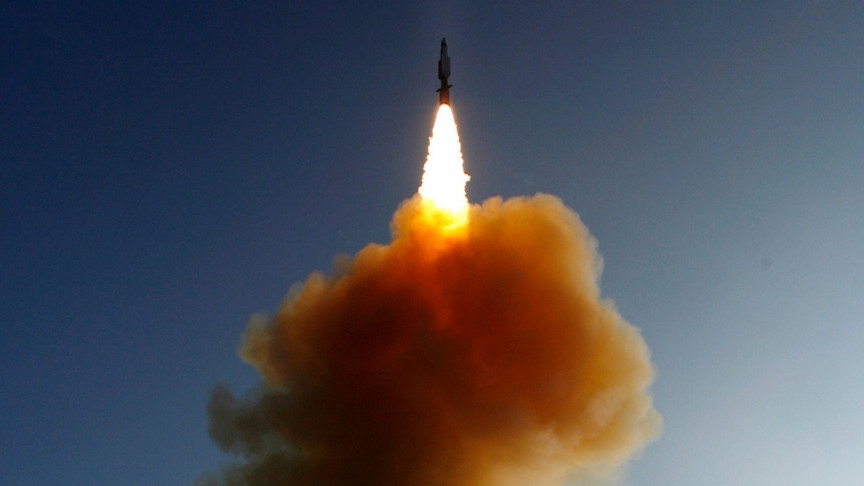 U.S. Top Intelligence officials have issued a warning that China is rapidly developing advanced anti-satellite technology. These weapons, it is claimed, will pose a very serious risk to American space assets if successful.

The warning was issued during a recent webinar for an intelligence-security trade group last week — as reported by Bloomberg.

Rear Admiral Michael Studeman told the other delegates that China is creating anti-satellite weaponry with capabilities ranging from “dazzling to jamming, to kinetic kill-from-the-ground, from space — all that, they’re on the march.”

“They take a look at our space capability and want to equal and exceed those and be able to dominate to guarantee themselves the maneuvering they need to be able to secure their objectives if they’re in a fight,” Studeman added.

This warning comes as just the latest series of warnings given by high-ranking U.S. military figures regarding potential Chinese development of counter space measures against US space assets, like satellites.

For example, in April of this year, the U.S. The Director of National Intelligence claimed that the Chinese Tiangong space station was a very serious threat to the nation. The report claimed that the station’s main purpose is to “gain the military, economic, and prestige benefits that Washington has accrued from space leadership.”

The report continued, “[The People’s Liberation Army] will continue to integrate space services — such as satellite reconnaissance and positioning, navigation, and timing (PNT) — and satellite communications into its weapons and command-and-control systems to erode the US military’s information advantage.”

According to the report, Beijing is training its personnel in the use of Anti-satellite (ASAT) technology too. This includes ground-to-space missiles, lasers, and other more sophisticated systems.

China is seeking to go toe-to-toe with the U.S. in space

The report elaborates further on the perceived threat from Chinese developments in this area. It claims that China is now pushing forward to developed craft capable of intercepting, capturing, and ultimately destroying U.S. satellites.

This report also covered other potential threats to the U.S. from things like the coronavirus pandemic, climate change, terrorism, weapons of mass destruction, and other nation-state competitors like China and Russia.

The United States, for its part, has not idly sat by in the face of this issue, however. It has been working overtime to develop potential countermeasures to deal with the belligerent space-based craft of the kind reportedly being developed by the Chinese.

Such developments come amidst a rising call from experts for the United States to bolster its space defensive capabilities. So much so, that many experts claim that the U.S. is underprepared for potential attacks on its space assets.

To this end, researchers at the Center for Strategic and International Studies released a report titled “Defense Against the Dark Arts in Space: Protecting Space Systems from Counterspace Weapons“ in February of 2021. This in-depth report details countermeasures the U.S. can take to defend against anti-satellite weapons.

One particular system, called “Meadowlands“, for example, has been developed to temporarily jam enemy satellites, should the need arise.

The Space Force was also founded as a special branch of the U.S. Military Forces. This force is already working on a literal arsenal of ground-based weapons to also see off enemy satellites.

Whether claims of Chinese technological capabilities are accurate or not, the United States is certainly taking the issue very seriously.