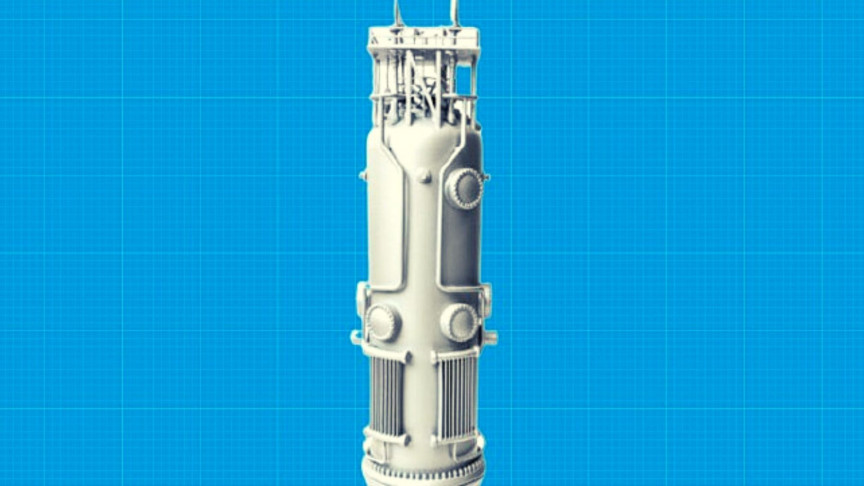 Small modular reactors could be the future of nuclear power.

This is why two companies are joining forces to “advance nuclear energy in Romania” by deploying the nation’s first-ever small modular reactor, according to a joint Thursday press release.

And, more than simply introducing a new source of clean, eco-friendly power in the region, the partnership will also install small modular reactor simulators in one of Romania’s most elite universities, preparing the next generation for the energy needs of the future.

“Romania has the potential to accommodate the first deployment of SMRs in Europe,” added the joint statement, referring to Small Modular Reactors (SMR). Back in March 2019, Nuclearelectrica and NuScale signed jointly signed a Memorandum of Understanding about the exchange of technical and business information on NuScale’s nuclear technology, with a mutual drive toward the evaluation of developing, licensing, and constructing a NuScale SMR in the country, according to a report from World Nuclear News. A White House statement on the commercial agreement said it would involve the construction of a six-module plant of NuScale’s design. And this undertaking will generate “over 3,700 U.S. and Romanian jobs, with the potential to create 30,000 U.S. and Romanian jobs as the project grows,” according to the executive branch’s official website.

“Romania will include small modular reactors in the national energy production system by 2028, which will strengthen the partnership with the USA in the civil nuclear field,” added another statement from the Romanian presidential office, according to the report. “Given the advantages generated by the value chains that will be created around this technology, Romania wants to participate in the advanced production of SMRs in the region, as well as in the preparation of human resources and support the operation of this new technology in other countries.” The U.S. Department of State also made a statement on the deal, emphasizing the implementation of “the highest standards for nuclear safety, security, and non-proliferation, and, importantly,” it the SMD project in Romania “addresses the climate crisis with clean power,” according to the report.

“This pioneering initial step by Romania will build significant momentum for reducing emissions across Europe,” added the U.S. Department of State. “With 30 coal power plants in the region, including seven in Romania, SMRs are ideally suited to replace this baseload power and employ many of the same workforce. We are excited about this partnership with Romania in advancing emerging clean technologies.” This partnership also represents progress on an ongoing intergovernmental agreement designed to build cooperation under the common goal of expanding and modernizing Romania’s nuclear power infrastructure, launched in 2020 by the Romanian Ministry of Energy and the U.S. Department of Energy.

The deal will also see Romania receive more than $2 million in technical assistance from the U.S., with aims to transform the country’s energy production facilities into an educational and training hub in the larger region of Eastern Europe. Notably, this will include the establishment of an SMR simulator at one of Romania’s most elite universities, according to a web page of the U.S. Embassy in Romania. This hands-on training will prepare the best engineering minds in the country for work with small modular nuclear reactors, involve a reverse trade mission, and involve a workshop series on SMR regulations. This is a substantial step in proving the viability, from financial, logistical, and technological viewpoints, of the potential for nuclear power to become another and more reliable source of “clean energy” in Europe, where nuclear has been largely overshadowed in popularity by solar and wind power.