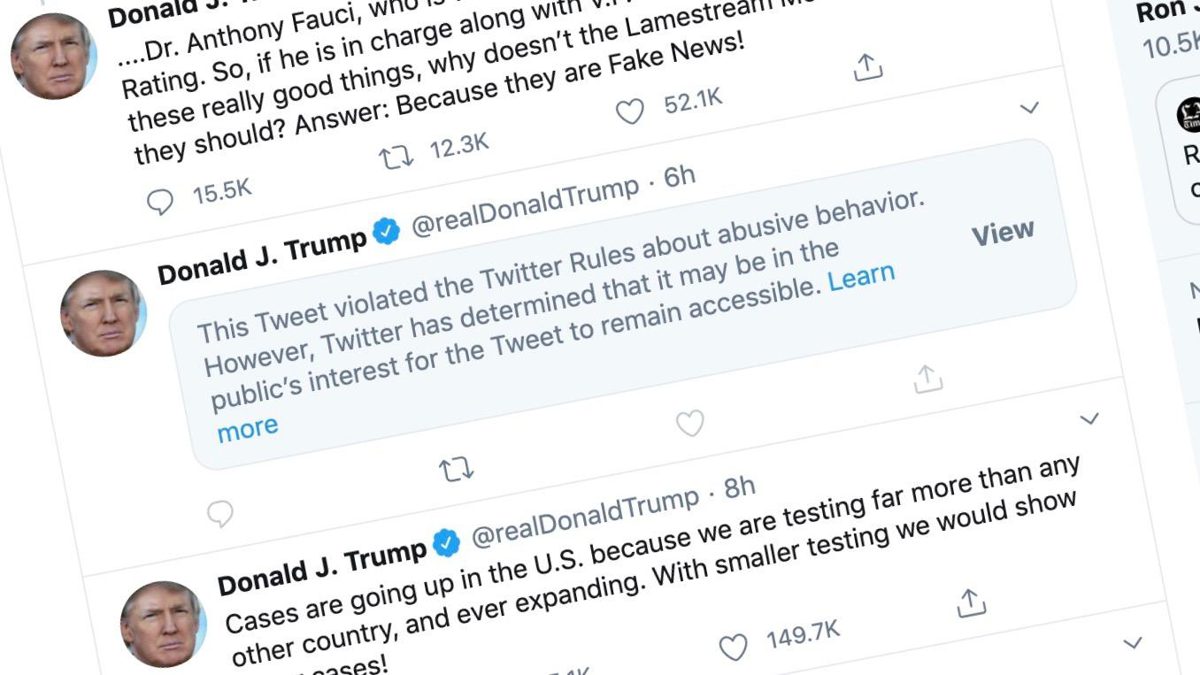 Once again, Twitter has slapped a warning label on a tweet from President Trump, this time for threatening protesters in Washington, D.C. with “serious force.”

On Tuesday morning, Trump commented on the Capitol Hill Autonomous Zone, a six-block area in Seattle that local residents have taken over to protest police brutality. The president is not a fan, and is warning that similar efforts to create an occupation zone in the nation’s capital will be stopped.

“There will never be an ‘Autonomous Zone’ in Washington, DC, as long as I’m your President. If they try they will be met with serious force!” Trump wrote in the tweet.

What kind of “serious force” wasn’t mentioned. But the phrase was enough for Twitter to flag the tweet as breaking the site’s rules on abusive behavior. Earlier this month, police and National Guard troops used tear gas to clear protesters from Lafayette Square in D.C. so the president could take a photo op with a Bible in front of a local church.

“We’ve placed a public interest notice on this Tweet for violating our policy against abusive behavior, specifically, the presence of a threat of harm against an identifiable group,” the company said. “Per our policies, this Tweet will remain on the service given its relevance to ongoing public conversation.”

Today’s action marks the second time Twitter has placed a warning label on a tweet from Trump over its potential to incite violence. Last month, the company took the same action on one concerning the George Floyd protests in Minneapolis and the ensuing riots. “Any difficulty and we will assume control but, when the looting starts, the shooting starts,” Trump said.

Prior to this, Twitter fact-checked two tweets from President Trump over mail-in balloting in California. The actions have sparked scrutiny of Twitter’s enforcement policies: conservatives claim the site is unfairly censoring their viewpoints while liberal critics have questioned why other controversial tweets about mail-in balloting from Trump remain up.

The president has yet to respond, but after Twitter added the first fact-check, Trump launched an all-out effort through the Justice Department to regulate social media companies into stopping the alleged censorship.