Trump to Twitter: Fact-Check Me and I’ll Shut You Down 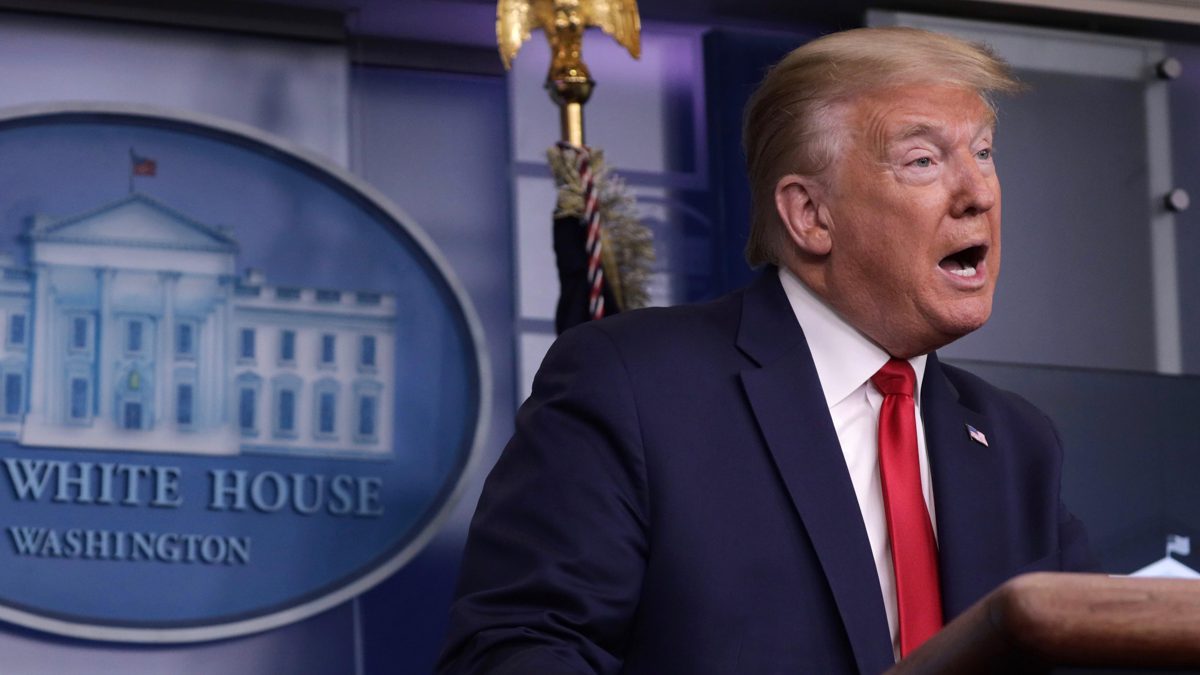 A fact-check is a useful tool to help keep politicians honest, unless you’re Donald Trump.

On Wednesday, the president threatened to regulate and shut down Twitter after the company placed a fact-check on two misleading tweets he made about mail-in balloting.

“Republicans feel that Social Media Platforms totally silence conservatives voices. We will strongly regulate, or close them down, before we can ever allow this to happen,” Trump said in a Wednesday tweet storm.

He went on to add: “Twitter has now shown that everything we have been saying about them (and their other compatriots) is correct. Big action to follow!”

Trump’s argument is at odds with reality. No, the affected tweets — which claim mail-in balloting will lead to a rigged election — were not censored or deleted. Twitter merely placed a button underneath them that says “Get the fact about mail-in ballots.” Users who click the button will then be taken to a Twitter page with links to news stories that say no evidence has been found linking existing mail-in voting with widespread voter fraud. (Trump himself has voted by mail.) 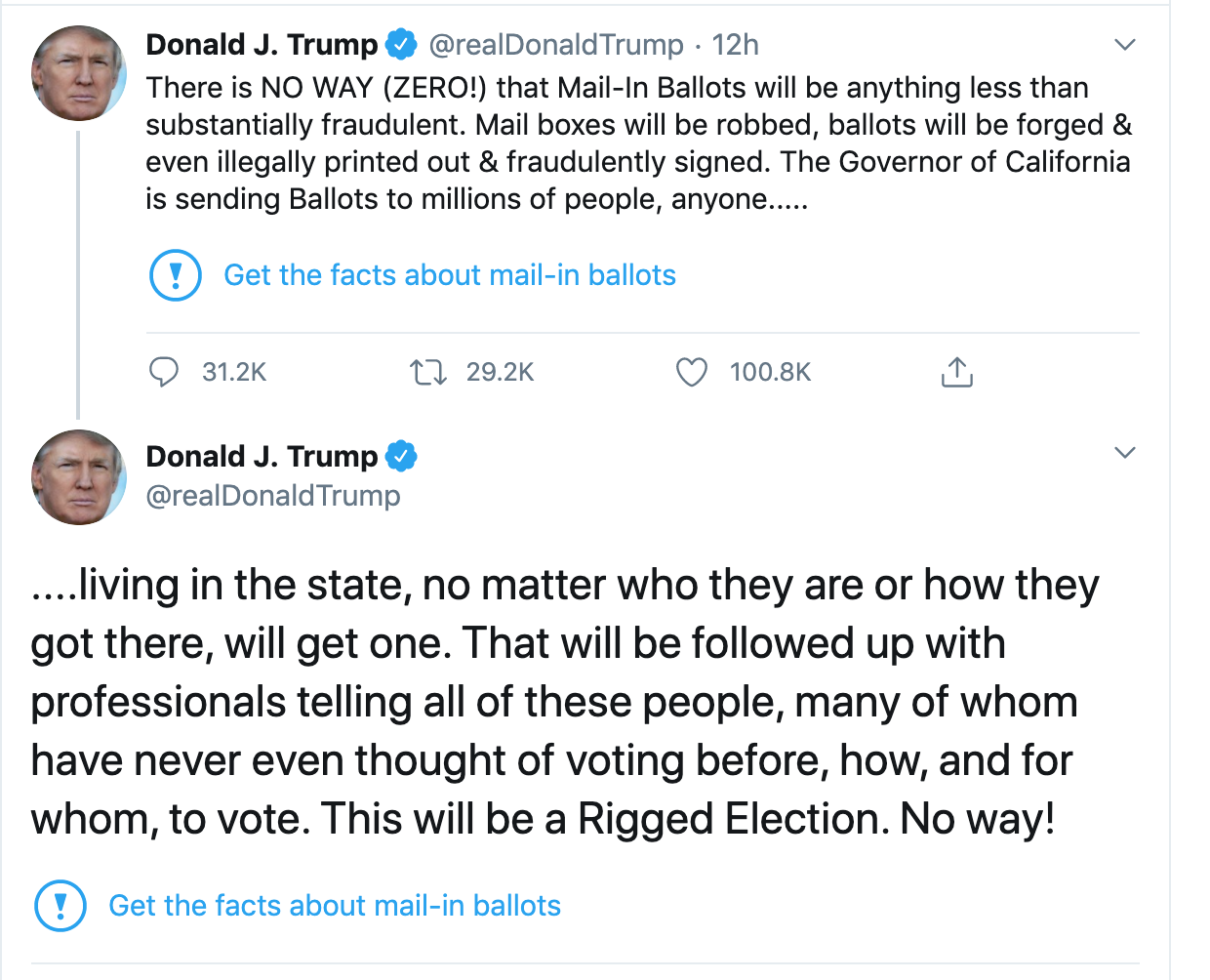 Trump’s real beef with Twitter is how the fact-check represents the first time the company has tried to rein in the outrageous claims and conspiracy theories he so often tweets about. For years, Twitter has taken a hands-off approach to the president’s tweets, despite growing criticism from the public and Democratic politicians that the company should intervene.

Now the big question is whether Twitter will expand the fact-checks to more tweets from the commander-in-chief. For now, the company is declining to comment. Twitter also refused to respond to Trump’s threat today about potentially shutting down the social media service.

However, Twitter did want to address the controversy over its refusal to remove unsubstantiated tweets from Trump that claim the 2001 death of Lori Klausutis is the fault of MSNBC host Joe Scarborough, the former congressman for whom Klausutis was working at the time. “We’ve been working to expand existing product features and policies so we can more effectively address things like this going forward, and we hope to have those changes in place shortly,” a Twitter spokesperson said.

How Trump might try to regulate Twitter, a private company, was left unsaid in today’s tweet storm. But it could involve amending Section 230 of the Communications Decency Act, a US law that shields internet companies from liability concerning any objectionable content they host. Both the president and other Republicans have previously looked at crafting regulations that will weaken the law unless internet companies commit to moderating their platforms free of any political bias.