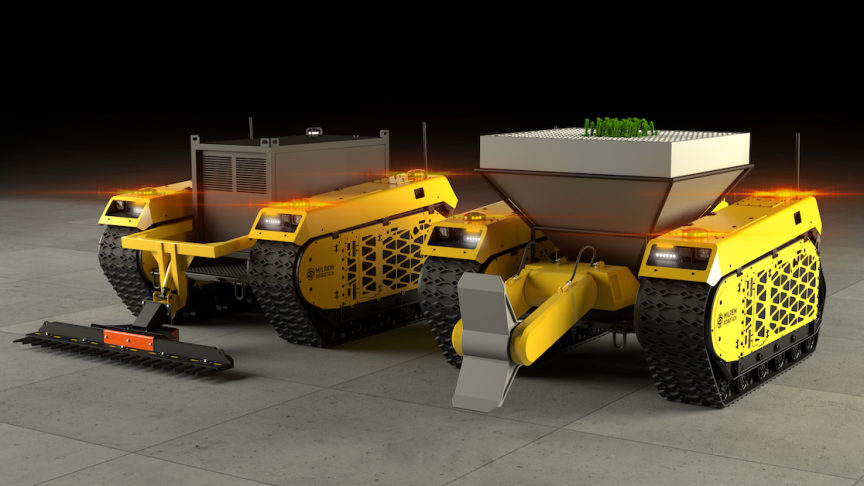 Estonia’s University of Tartu and Milrem Robotics have collaborated to develop two types of autonomous robot foresters that have the capacity to plant thousands of trees a day using driverless technology.

One of the robots is a planter, the other is a brushcutter. Both are the size of a small car and can work in tandem, New Scientist reports.

RELATED: THESE TREE-PLANTING DRONES ARE FIRING SEED MISSILES TO RESTORE THE WORLD’S FORESTS

The Multiscope Forester Planter is equipped with a modular “planting payload with a capacity of 380 seedlings,” Milrem Robotics explains on its website. The company also points out that their robot was “designed for a temperate climate zone,” meaning it isn’t quite equipped for harsh terrain or weather.

The Multiscope Forester Brushcutter, meanwhile, was designed to be “rugged and long-lasting in challenging environments like clear-cut areas.”

Both of the machines travel at about 12 mph (20 km/h), enabling the Forester Planter to have a planting speed of approximately 5-6.5 hours per hectare (2.5 acres) depending on the species of tree and the type of terrain.

The two robots can be used in tandem, with the brushcutter trimming vegetation around seedlings or clearing our space for the Planter robot.

Both of the robots navigate via laser-based LiDAR, cameras, and global positioning systems (GPS). LiDAR produces a three-dimensional geometric representation of the robots’ environments, enabling them to navigate autonomously.

Andrew Davidson at the U.K.’s Imperial College London told New Scientist, “this is one of many interesting applications … which show that mobile robotics technology is maturing fast and enabling robots to tackle new types of task in difficult environments.”

The makers of Sophia the Robot recently cited a rise in the use of robots amid the pandemic as a motivation for their bold future plans and many other companies also capitalizing on the recent surge in automation.

Milrem Robotics and the University of Tartu are utilizing their expertise in the rising field of robotics for the equally important sector of sustainability.