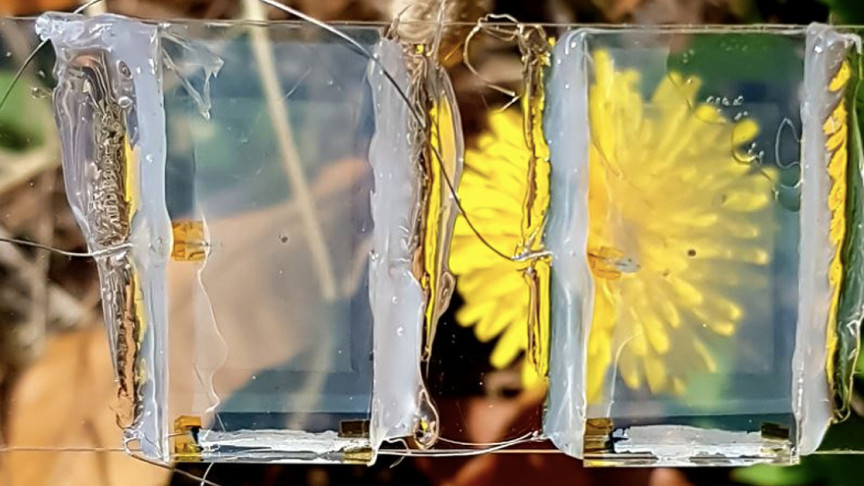 As the world progresses slowly towards a carbon-free future, solar energy, which is the most reliable and abundant energy source on Earth, is picking up and researchers from all around are coming up with new ways of harvesting it.

While it has become cheaper and more efficient over the years, one problem with solar cells is that they tend to be opaque, preventing their wider use in everyday materials. Now, researchers from the Department of Electrical Engineering at Incheon National University, Korea are looking into ways to create next-generation solar panels that can be integrated into windows, buildings, or even mobile phone screens.

The study was published in the Journal of Power Sources.

While transparent solar cells were previously explored, the new study is valuable in the translation of this idea into practice.

The researchers used a glass substrate and a metal oxide electrode to prepare the solar cell. They deposited thin layers of semiconductors, and lastly, a final coating of silver nanowires. This enabled it to act as the other electrode in the cell.

By running several tests, they were able to evaluate the device’s absorbance and transmittance of light and its effectiveness as a solar cell, and their findings show promise.

With a power conversion efficiency of 2.1%, the cell’s performance was “quite good.” The cell was highly responsive. Moreover, more than 57% of visible light was transmitted through the cell’s layers. It also worked in low-light conditions.

Professor Joondong Kim, who worked on the invention with his colleagues, stated, “While this innovative solar cell is still very much in its infancy, our results strongly suggest that further improvement is possible for transparent photovoltaics by optimizing the cell’s optical and electrical properties.”

Moreover, the researchers were able to demonstrate how their device could be used to power a small motor, effectively showing its practicality.