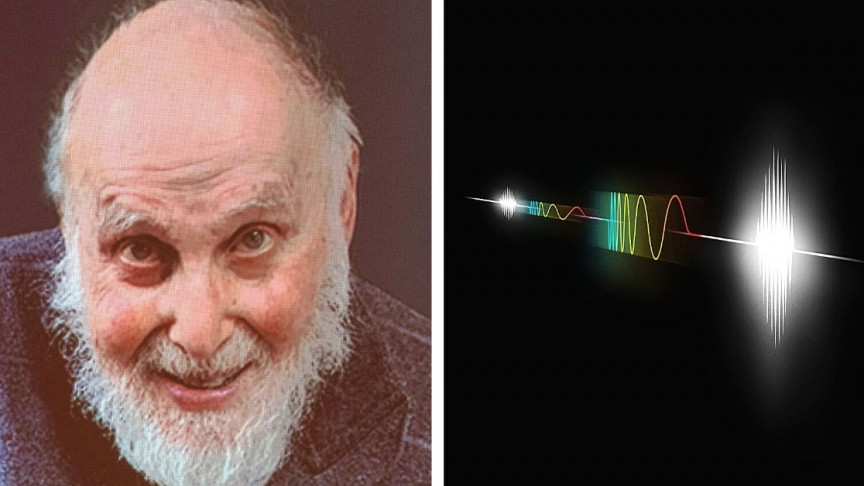 Arthur Ashkin, a renowned physicist and winner of a 2018 Nobel Prize for inventing a way to harness the power of light to contain microscopic objects for meticulous study — called optical tweezers but known as a “tractor beam” — died on Sept. 21 while at home in Rumson, New Jersey.

He was 98 years old. His daughter, named Judith Herscu, confirmed his death to the world on Monday, according to an initial report from The New York Times.

RELATED: YOU CAN MAKE YOUR OWN GRAVITY-DEFYING TRACTOR BEAM

The “tractor beam” — or optical traps, technically — use pressure from an intensely focused laser beam to manipulate microscopic objects for meticulous inspection and study. This includes living organisms like bacteria and viruses.

This ability to trap biological matter saw groundbreaking practical applications through research, in addition to a deeper scientific grasp of how the basic building blocks of life behave — including DNA and other common biological systems.

At present, optical tweezers are widely produced and sold to researchers. Ashkin’s “tractor beam” is made using a shining laser — which is a beam of monochromatic light — through a very small magnifying lens. The lens then focalizes the laser, drawing particles toward and trapping them within the focal point, where they can’t move up, down, forward, or backward, reports the Times.

The “tractor beam” metaphor stemmed from Steven M. Block — professor of biology and applied physics at Stanford University — who likened Ashkin’s discovery to something from “Star Trek” or “Star Wars,” describing them as “the closest thing to a tractor beam that humans have ever produced,” the Times reports.

As technology advances at an increasing pace, it’s tempting to view human advancement as a general trend on global timelines. But we should remember that — except for the advent of AI — every new piece of technology or scientific achievement is the work of passionate minds who dared to bring something only seen in sci-fi hits into the real world.