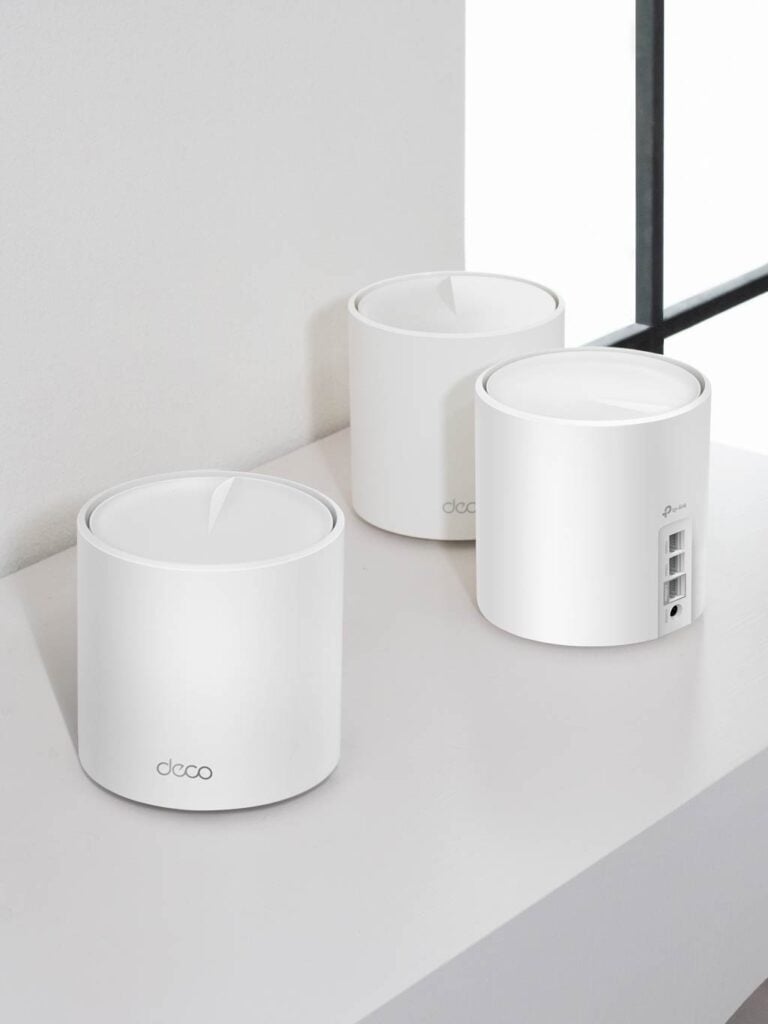 TP-Link today officially announced the availability of its latest Deco X4300 Pro mesh Wi-Fi system. “Officially” is the key since the new Wi-Fi solution has been listed at BestBuy and elsewhere for a while.

That little discrepancy aside, the Deco X4300 Pro looks awfully similar to the entry-level Costco-exclusive Deco X60 that came out more than two years ago.

On TP-Link Deco and Wi-Fi

Deco X4300 Pro: A new Deco that seems so familiar

And as part of the Deco family, it also shares the same firmware as the X60, hence, the similar settings and features. But the similarities between the two end there, as you’ll note in the data table below.

As you might have noted, the new Deco hardware seems to have a less powerful CPU. In return, it comes with better Wi-Fi specs. Most importantly, there’s a 2.5Gbps port to host a Multi-Gig broadband connection.

But having a single Multi-Gig port — the case of a dozen other Wi-Fi 6 routers — means there’s no scenario you can have a meaningful use out of this port.

On the wired front, each Deco X4300 unit still caps at 1Gbps. And on the wireless front, we only have a 2×2 client, meaning the connection will limit to the theoretical speed of 2.4Gbps on a good day, with the sustained rate being much lower.

Yet, like the case of other vendors, TP-Link used this port to prop up the Deco X4300 Pro a great deal with superlatives, such as “ultra-fast”, “ultra-low latency”, “4,300 Mbps”, “game-changer, “AI-driven mesh technology”, etc.

Those fancy words are just marketing hype. At the core, this new Deco is a Gigabit-class Wi-Fi system, and there’s nothing wrong with that.

The new mesh features Dual-band Wi-Fi. As a result, in a fully wireless setup, its performance will fluctuate significantly due to signal loss. And if you want to cover “7000 ft2” (650 m2) as TP-Link claims, it’s a sure thing that real-world speeds will slow down to a crawl.

Mesh Wi-Fi: How to best use multiple broadcasters

Wired backhaul to the rescue

But the Deco X4300 support wired backhauling — you can use network cables to link the hardware unit. And in this case, you can expect Gigabit-class Wi-Fi performance from it when used with supported Wi-Fi 6 clients connected to the 5GHzband.

And since there are three network ports on each unit, users can daisy-chain the hardware units without needing a switch.

A Wi-Fi connection between two direct devices occurs in a single band, using a fixed channel, at any given time. (That’s always been the case before Wi-Fi 7, which might work differently.)

Generally, when you use multiple Wi-Fi broadcasters, like in the case of a mesh network, there are two types of connections: fronthaul and backhaul.

Fronthaul is the Wi-Fi signal a mesh hub broadcasts outward for clients or its network ports for wired devices. That’s what we generally expect from a Wi-Fi broadcaster.

On the other hand, backhaul, a.k.a backbone, is the link between one broadcasting hub and another, be it the main router or another satellite hub. This link works behind the scene to keep the hardware units together as a system. It also determines the ceiling speed of all devices connected to a satellite hub.

When a Wi-Fi band handles backhaul and fronthaul simultaneously, only half of its bandwidth is available to either end. From the perspective of a connected client, that phenomenon is called signal loss.

Generally, it’s best to use a network cable for backhauling — that’s wired backhaul. In this case, a hub can use its entire Wi-Fi bandwidth for front-hauling.

In networking, using network cables is always much better than wireless in speed and reliability.

In fact, like the case of all Dual-band Wi-Fi 6 (or Tri-band Wi-Fi 6E) mesh systems, I’d recommend wired backhauling if you intend to get the Deco X4300.

As mentioned above, as part of the Deco family, you can expect the Deco X4300 Pro to deliver a similar experience as other Deco sets, including the Deco X60, the Deco X5700, or even the Wi-Fi 6E Deco XE75.

They all share the same setup process, a limited local web interface, a basic set of network/Wi-Fi settings, and the HomeShield protection suite that includes network protection and Parental Controls.

And just like any other Deco, chances are, though, you’ll need to upgrade to the HomeShield Pro version via a subscription to get actual extra features out of the Deco X4300 Pro.

The new mesh will require a login account with TP-Link, which is never good. In return, it’ll offer ease of use, especially when you want to manage your home network remotely.

It’s important to note that having to sign in with an account with TP-Link means your mesh system connects to the vendor at all times — you manage your home network through TP-Link.

And that translates into inherent privacy risks. Here’s TP-Link’s Privacy Policy — make sure you trust the company and are comfortable with what it collects from your network.

Privacy is a matter of degree. While it’s never a good idea to manage your network via a third party, data collection varies from company to company.

In short, if you have used a Deco before, you’ll find yourself at home with X4300 Pro. The way it works, different Deco hardware only differentiate themselves via their hardware capability, performance, and cost.

And the cost is where the Deco X4300 Pro won’t disappoint.

Per TP-Link, the new mesh system is available today at Best Buy and other retailers. It carries the reasonable price tag of $399 for a 3-pack, which is $50 cheaper than the Deco X60 at launch two years ago — the price has gone down significantly since.

I’m contemplating getting a review set, but from my experience with other Deco sets, chances are the Deco X4300 Pro will be a decent buy, as long as you are happy with its modest hardware and the general shortcomings of the Deco ecosystem itself. Below is the rating of the Deco X60 for reference.

Wired backhaul support, can work in AP mode as a system