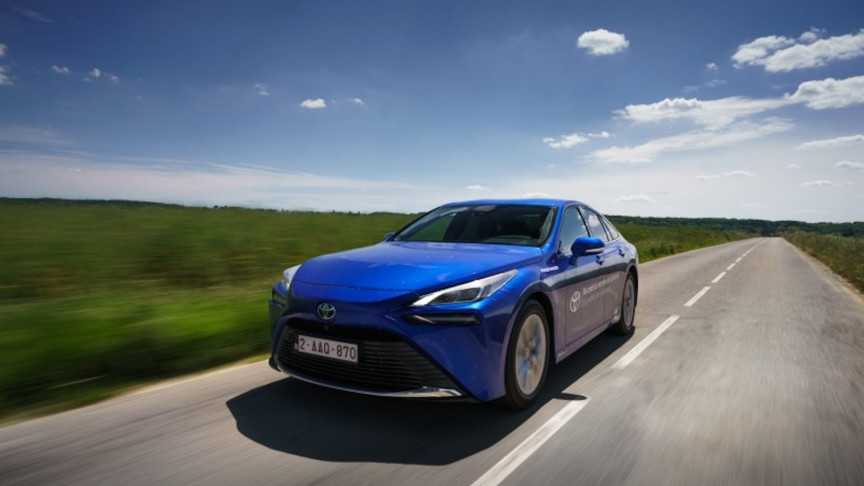 On the last day of May, Toyota announced it had broken the world record for the longest drive using hydrogen power. The automaker’s new Toyota Mirai drove for 623 miles (1,003 km) with just one fill — it beat the previous record of 483 miles (778 km), which was held by Hyundai’s Nexo.

Perhaps even more impressively, after completing its record-breaking drive in France the Mirai still had 5.5 miles (9km) of range remaining. And after being refueled, it was ready to roll again after just five minutes, Toyota announced in its press release.

The point of the ride was to demonstrate the possibilities of long distance driving using hydrogen fuel cell technology — something that’s a hot debate at the moment, as Volkswagen and Tesla’s CEOs think that electric batteries are the better way forward for clean, long distance driving.

The hydrogen drive in question started off bright and early from the HYSETCO hydrogen station in Orly at 5:43 AM local time in France on May 26, and kept going until it reached the 623 mile (1,003 km) mark. The Mirai used green hydrogen, and its average fuel consumption was 1.21 lbs/62 miles (0.55kg/100km).

During the drive, the four separate drivers used Mirai’s “eco-driving” style, but otherwise, all the driving was done in a way that any regular driver could do.

Frank Marotte, CEO of Toyota France said “It’s an amazing challenge that we achieved with the new Mirai. Internally, it is the mindset of Start your Impossible, going beyond our own limits, that drives us, and we proved it again today.”

This is a great feat for hydrogen power. However, as InsideEVs points out, one of the biggest challenges hydrogen-powered vehicles face now is the proper infrastructure for refueling and the cost for owners of the vehicles. More stations need to be installed, which shouldn’t be too tricky, but the cost is approximately $61 for every charge — whereas electric battery-powered vehicles can simply charge up at their owners’ homes.

In any case, Toyota’s record-breaking challenge was an exciting turn in the hydrogen vs. electric battery debate, and with new hydrogen engines coming on the market, like this Aquarius Engines one, times are exciting.