Toyota Is Committing $35 Billion to Electric Vehicles, With 30 New Models by 2030 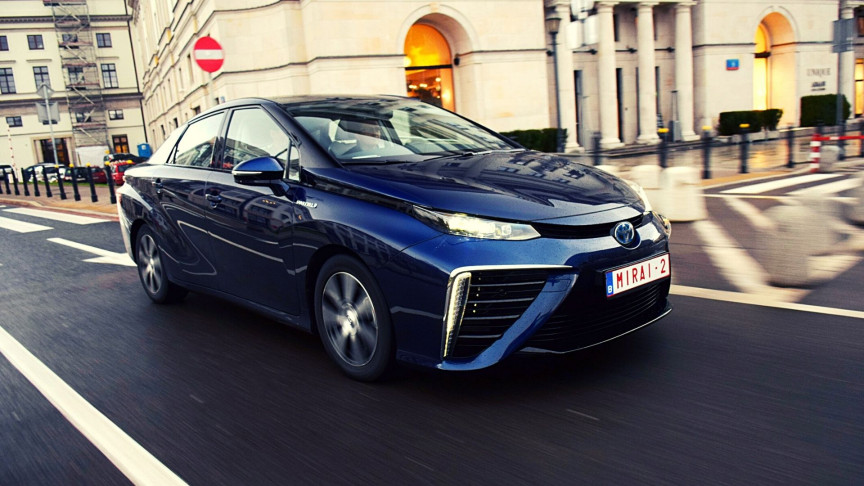 Japan is getting serious about carbon neutrality.

Toyota has announced it will invest $35 billion (4 trillion yen) in a new suite of 30 all-electric vehicles by the year 2030, according to an initial report from CNBC.

But Toyota isn’t giving up on internal combustion engines, emphasizing a need to focus on carbon-neutral solutions, instead of doing away with conventional automotive power.

Toyota pioneered hybrid vehicles but is hesitant about all-electric

The Japan-based automaker also aims to increase global electric vehicle sales by 3.5 million units in 2029, said Toyota CEO Akio Toyota, in the CNBC report. As of writing, most of the EVs that Toyota sells are hybrid EVs powered by a mix of battery-operated electric motors and an internal combustion engine, with only a small portion of exclusively battery-powered EVs comprising current sales. But by raising its investment in battery technologies from $4.4 billion to $17.6 billion (2 trillion yen), Toyota is making a serious investment in research, development, and capital expenditure for the next generation of cars.

In addition to the all-electric vehicle investments, Toyota also aims to commit an additional $35 billion to other kinds of electric vehicles, like hybrid cars, fuel-cell electric vehicles (which use hydrogen), and plug-in hybrids. “In this diversified and unchartered era, it is important to flexibly change the types and quantities of products produced, while keeping an eye on the market trends,” said the Japan-based automaker during a briefing on its strategies to move into electric vehicles, according to the report. “We believe that quickly adapting to changes in the future is more important than trying to predict the future, which is nothing but uncertain.”

“We want to keep options available for our customers until the right path is known,” added the Toyota spokesperson during the briefing, according to the report. And the automaker’s luxury brand, Lexus, will also see an increased focus on electric, with 100% of its European, North American, and China-based sales being EVs by 2030. Lexus will offer global sales of luxury EVs by 2035. Notably, Toyota was one of the pioneers in hybrid vehicles, but it remains one of the stragglers in the drive toward all-electric vehicles compared to global rivals like Ford and General Motors. Back in November, the Japan-based automaker declined to join a collective of six major auto manufacturers during a U.N. climate conference in Scotland. Among this group were Daimler’s Mercedes-Benz, and Volvo, from Sweden.

The group co-signed a declaration of purpose to move away from fossil-fuel vehicle development by the year 2040. Bizarrely, a Toyota executive officer said it didn’t have interest in becoming an electric vehicle manufacturer, and instead wanted to pursue a path in becoming a carbon-neutral business. “The enemy is carbon, not internal combustion engines,” said Toyota’s Chief Executive Akio Toyoda in another CNBC report. “We shouldn’t just focus on one technology but make use of the technologies we already possess. Carbon neutrality is not about one having a single choice, but about keeping options open.”

And from a certain point of view, Toyota doesn’t look entirely wrong on this point. Even Tesla’s electric vehicles depend on an industrial line of assembly that is far from carbon-neutral. From the raw materials for lithium-ion batteries, which are mined at great expense to the surrounding environment, to the fact that the actual power that EVs receive from charging stations is mainly sourced from fossil fuel and coal power, the most progressive names in the auto industry seem to have simply let the nexus of carbon-intensive manufacturing processes slip up the chain of production, instead of eliminating fossil fuels completely. This isn’t to say that Toyota’s focus on going carbon neutral is a perfect answer to the problems of industrial pollution. But it could have better luck on the follow-through.