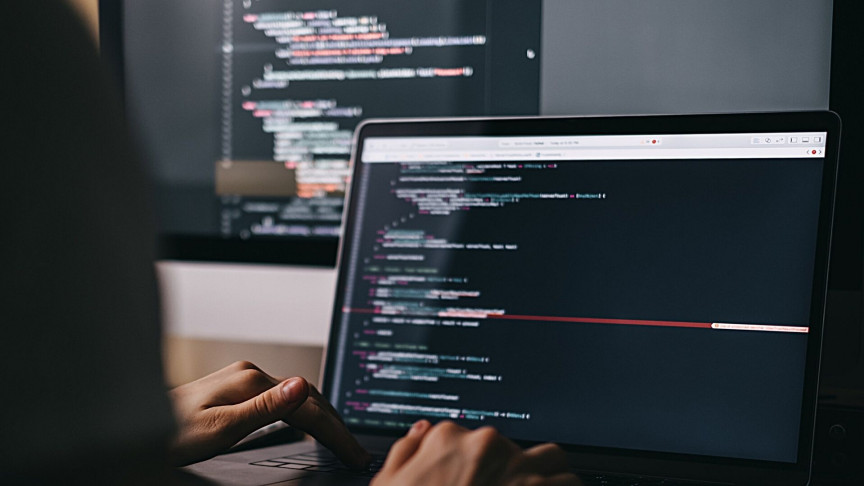 Literacy in any language, native or otherwise, has been one of the defining factors for guaging ability throughout the ages. But in our modern world, literacy of another kind is becoming ever more important — programming languages.

From C to Python, and everything in between, a wide variety of programming languages are used to run your computer, your favorite app, and even some of those fancy gadgets you have lying around the house.

But, with so many to choose from, which, if any, should one choose to learn? Let’s take a quick tour of some of the most important, and popular, ones around.

What are programming languages anyway?

In simple terms, a programming language is a set of instructions used to tell a computer to do something. You can think of them as a kind of digital recipe to tell an electronic device to do something — like basic arithmetic or even running your favorite computer game.

Computers, unlike you and me, “think” and “talk” in binary (sets of 1s and 0s). Programming languages are a kind of translator that converts human commands into these 1s and 0s so the computer can “understand” them. Each language is slightly different in the way it does this, using differing commands, symbols, etc, to get the same basic end result — a working program. It really depends on the language.

More on them in the next section.

What are high-level languages?

For this reason, high-level languages will generally be slower than low-level languages to actually run, as it takes some time to translate the high-level commands into machine code before the machine can use them. By “some time”, we are talking about milliseconds to seconds (more if very large programs) for modern hardware.

What are low-level languages?

Low-level languages, as you’ve probably already worked out, are those closer to machine code (aka binary). They are far more difficult for humans to intuitively understand, yet are still much easier than pure binary.

They tend to come in two types, “assembly language, and “machine language”. The latter we have already dealt with, but the former is what most people mean when they discuss low-level languages.

Assembly languages can be thought of as a step between basic binary and high-level languages. They will generally include some easily understandable commands like MOV (move), ADD (add), and SUB (subtract), etc. These kinds of commands will be used to manipulate data into memory registers and perform calculations. Commands written in low-level languages will usually be converted to machine language using a program called an assembler.

As with high-level languages, low-level language programmers rarely need to see the machine language output — unless they are building operating systems or compilers that is.

The main benefit of these kinds of languages is their relative speed of “translation”. Being closer to binary, they are very fast (relatively speaking) and offer much more precise control over how to make a device or program do your bidding.

Examples include languages like Fortran, COBOL, x86, etc. Apart from very specific circumstances, most programmers will learn and master high-level languages rather than low-level languages.

Why engineers need to know these programming languages

Learning any programming language is very important in the engineering field, especially as the digital revolution continues apace. This is not only because they can be a required subject in some engineering programs, but also because engineering development and software technology go hand in hand.

By not doing learning at least one or two programming languages, you are effectively tying one hand behind your back.

Programming languages are becoming ever more essential to the work of all types of engineers. Mechanical engineers, software engineers, system engineers or architects, and electronics engineers, among other fields, will all likely need to use computer coding or software programming in the workplace at some point in their careers.

But which to choose? Let’s find out.

What are the top 10 programming languages for engineers?

If you are interested in exploring the rabbit hole that is computer programming, here are some of the most important languages to learn. However, please note that this list is far from exhaustive and is in no particular order.

Please also note, that it is often the case that various languages will need to be learned in order to produce fully-fleshed out apps or programs. For example, SQL, PHP, and Javascript (and HTML) will all need to be used together to make a database-powered website.

1. Java can be used to power software on many different operating systems

Java is a property of Oracle (which bought out Sun Microsystems in 2010). It runs on mobile devices, most specifically on Android apps, some or all desktop applications, web applications, servers, games, databases, and so much more. It is everywhere you care to look.

It is fast, secure, and very reliable.

Java can be used on a Linux computer, a Raspberry Pi, Mac, and of course, Windows, among others. It is another programming language that is easy to learn and is also one of the most popular.

Java is #1 on the list of top programming languages for engineers.

2. C is the granddaddy of many modern languages

C, sometimes also referred to as “K&R”, was designed by Dennis Ritchie but he had help in the development from Bell Labs and ANSI C. It is a general-purpose programming language that supports procedural and structured programming as well as recursion and lexical variable scope.

C is widely used for developing desktop applications, and is, for example, at the core of many of Adobe’s software.

It is an example of a low-level programming language but is a very powerful language for many purposes. Some C programs are written and/or developed with portability. This means they can be easily transferred from one computer to another.

3. Python is a very useful language to learn

Python is another example of a general-purpose programming language, meaning it can be used for many different types of programming and software development.

This can include back-end development, software development, data science, and writing system scripts, among other things. Python focuses on the readability of codes. That’s why it is fond of whitespaces.

Python was designed to help programmers in writing readable, logical, and straightforward codes for both small and big projects. It is, by far, one of the most popular programming languages around.

4. C++ is the basis for many cross-platform programs

It supports object-oriented programming as well as procedural and generic. Because C++ supports OOP, it also supports encapsulation, data hiding, inheritance, and polymorphism.

It is mainly used to develop operating systems, browsers, games, and other software applications too. C++ is a very powerful programming tool to add to your arsenal if you have the time to master it.

5. Visual Basic .NET is at the heart of many Microsoft products

Also written as VB.NET, Visual Basic is yet another example of an object-oriented programming language — but with multiple paradigms. This language is best executed on the .NET Framework of Microsoft. VB.NET is a structured programming language. It uses statements to indicate actions to be taken by the computer.

Certain keywords used by the language include “If,” “Select Case,” “Loop,” “For Each,” and “Else” among other reserved keywords.

If you plan on building applications that will work primarily on Windows, then this is a good choice. Especially if you are planning on adding some automation to things like documents, spreadsheets, databases, etc.

JavaScript, not to be confused with Java, is a test-based programming language that can be used both on the client-side and the server-side of a website. Javascript is the thing that makes websites do all the cool stuff you are used to — usually.

C#, or C Sharp, is a very popular programming language for developing desktop applications, web applications, and other web services. It is also one of the main languages used to create applications in the Microsoft ecosystem and is used to program games in Unity.

This language was developed by Microsoft under the .NET program. It is used to produce efficient programs and it can be installed onto different types of computers. If an engineer understands how to use C programming and C++ and then, he/she will enjoy learning C# (in theory at least).

8. PHP is another important computer language

PHP or Hypertext Preprocessor is one of the world’s most popular open-source general-purpose programming languages going. It is primarily used for web development and is often using in conjunction with HTML (through embedding).

It is a great way for adding handy little elements like outputting messages or running behind-the-scenes functions like getting data from a database, etc. PHP is something called server-side which means it processes things before being sent to the client (the user) without the client ever being able to see the code.

There’s so much PHP can do. Some of these include generating dynamic pages, collecting data from forms, sending and receiving websites and/or browsing cookies, and even encrypting data, among many others.

It is one of the simplest programming languages to learn too.

9. SQL is at the core of many apps and other software

It is a very popular programming language, and there’s so much an engineer can do if he/she has SQL programming skills. If you plan on building database-based programs (which are many), SQL would be very handy to know.

It is also not that difficult to master.

10. Objective-C is of critical importance for the iOS ecosystem of languages

OOPs are programs that are based on the concept of “objects”. These are small pieces of code that contain data, data manipulating code, or both, as opposed to functions and logic. You can think of them as little building blocks for making larger structures of code.

Objective-C has its origins as an object-oriented extension to the C programming language.

For this reason, it inherits many aspects of C, including its syntax, primitive types, flow controls, etc. However, it adds other functionality, like the syntax for defining classes and methods, as well as offering language support for object graph management, and object literals.

And that is a wrap.

If we have piqued your interest in programming, all of these can be learned with relative ease thanks to a massive amount of free, and paid-for, resources on the internet. However, whichever you choose, be sure to practice what you learn as soon as you are able.

You will learn much more by doing (and making mistakes), rather than relying solely on learning by rote.

Get out there and dare to fail and grow. Good luck.