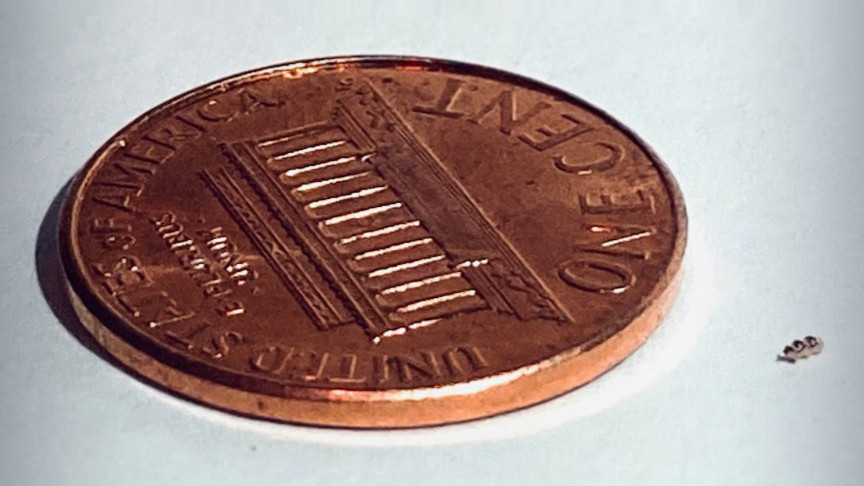 After 4 years of working in stealth mode, LA-based startup Bionaut Labs has revealed to the world it is working on tiny remote-controlled devices that can travel through the human body to deliver targeted doses of medicine.

In a press statement, the company says its machines, called Bionauts, are designed to “revolutionize the treatment of central nervous system disorders (CNS)” with precision treatment.

The Bionauts are smaller than a millimeter and, with few moving parts, are designed to travel to hard-to-reach tumors, allowing for targeted treatment of cancers and other diseases.

“When there was a revolution in surgical robotics 10 to 20 years ago, the whole concept was built on complicated, multijointed robotic arms,” Bionauts Lab founder and CEO Michael Shpigelmacher recently told Fierce Biotech in an interview.

“As you look at the evolution of that industry, it’s gone from one arm, to two arms, to five arms … companies are going for more robotic arms with more degrees of freedom.”

Shpigelmacher says that his company is going for a different approach. “We’re saying move to a different category—where there are no robotic arms, and as many degrees of freedom as you want—but it’s just by controlling the tip,” he explained.

Bionaut’s machines somewhat resemble a tiny screw that pushes its way through the body via rotational movement. In order to achieve this movement, the firm uses magnetic fields generated outside of the patient’s body.

The company’s primary focus is to develop a treatment for gliomas of the brainstem, which are typically diagnosed at a young age and are notoriously difficult to treat as they attack a vital part of the brain tasked with regulating heartbeat and breathing.

Bionaut Labs hopes its system will be able to travel through the brain’s cerebrospinal fluid, where it will unlock a mechanism that delivers chemotherapies directly.

By having such a targeted treatment, patients will suffer far fewer side effects from the drugs, which are typically damaging to human tissue when given intravenously.

“Because of the anatomy, you cannot reach the middle of a patient’s brainstem in a way that is not going to harm them significantly today,” Shpigelmacher said. “This way, you can get higher drug concentrations in situ, while you get much lower to nonexistent concentrations in the plasma.”

Bionaut Labs conducted preclinical studies on small and large animals to test its potentially revolutionary machines. No long-term neurological damage was recorded after the Bionauts were inserted and subsequently removed. The next big step for the company is its human clinical trials, which are planned for 2023.

New players in the field of nanobot medical treatments

With its $20 million financing led by Khosla Ventures — other investors in the include Upfront Ventures, Revolution, BOLD Capital, and Compound — Bionaut Labs is in a great position to bring its technology to the masses.

The company hopes to eventually develop its technology to also work against other neurodegenerative diseases such as Huntington’s, and even tackle acute conditions like stroke.

It is not the only firm using tiny robots to deliver targeted medical treatment within the human body. In 2018, the Max Planck Institue announced it was developing a tiny propeller-like robot that could steer through the dense tissue of an eyeball. ETH Zurich is also developing a tiny machine that could eventually enter the bloodstream to perform minor “operations”.

The race to develop nanobot medical technologies is one that will benefit humankind, whoever comes out on top.