This New Snake-Like Robot Could Help Save Your Life 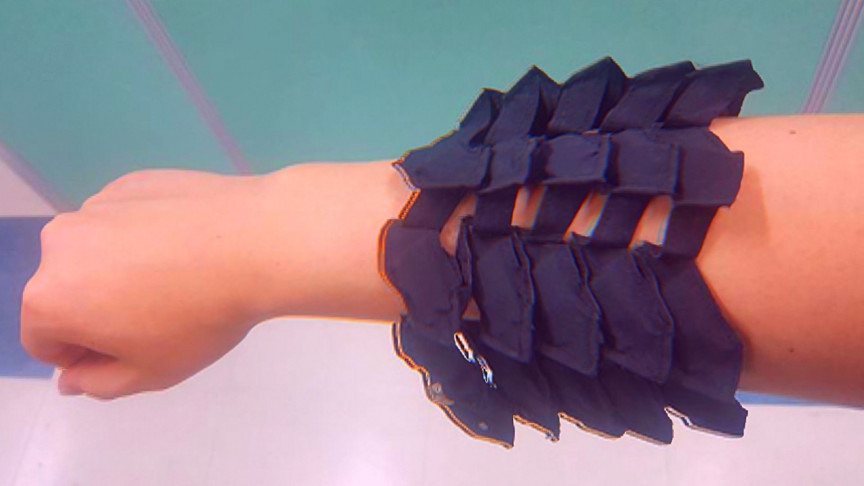 Where robots are going, they don’t need legs.

A team of engineers has developed a flexible and stretchable battery that can bend in a serpentine fashion, like a snake, according to a recent study published in the journal Soft Robotics.

Get ready for a future where snake-like robots might save your life.

The new battery could see application across an incredibly diverse range of scenarios, like in disaster or emergencies, or as an upgrade for energy storage technology. And it can also be equipped for other kinds of devices, from everyday wearables to soft robots, according to a press release. The team behind the new technology hails from the Korea Institute of Machinery and Materials (KIMM), and moved forward under the leadership of Senior Researcher Bonkyun Jang, in collaboration with Seungmin Hyun of the Department of Nano-Mechanics. Together, the team researched and developed a stretchable battery structure whose safety and stretchability took substantial inspiration from snake scales.

Snake scales may appear rigid, but each scale can fold into the next to guard the entire organism against external attacks or collisions. But most crucially, their structural properties enable a highly stretchable, flexible means of adapting to the surrounding environment. And this was ideal for the KIMM research team, which worked to mature the design for a battery that can stretch without sacrificing stability and performance. This was accomplished with a mechanical meta-structure designed to emulate the scale of a snake, and, breaking with the convention of wearable devices (where the frame and the battery are co-extensive in a tight formation), the new tech allows for flexible movement — by arranging multiple small, hard batteries to form a scale-like structure, according to the release.

Rescue robots could locate buried victims in a collapsed building

The KIMM team also worked to ensure the battery’s safety by minimizing the deformation in the materials comprising the battery, in addition to an optimized (customized) shape used for each battery cell, which granted high capacity per unit size. The shape and the connective components of the novel battery cell were key features of the new innovation, involving small, hexagonal shapes that look like a snake scale, except joined with copper and polymer materials united in a hinge mechanism, which enabled both the fold and the unfold mechanisms. Notably, this design is simple enough to make mass production a viable pathway as the technology is further tested. Since the battery can be forged by cutting and folding flexible electrodes in a manufacturing process, creating these snake-like battery cell devices at scale would be a lot like industrial origami.

The applications range from wearable soft robots for humans to energy storage devices, the former of which call for optimal flexibility, but with a soft touch. The new snake-like battery cell design might also prove worthwhile for medical devices used to help in the rehabilitation of older people, in addition to the sick, who need help. The new robotic device could also see use during disaster scenarios, or as an aid or scout for rescue missions. Imagine sending a snake-like robot into the chaotic remains of a collapsed building, weaving and twisting its way through the boulders and broken glass, only to confirm the location of a trapped victim, saving hours or days in time elapsed for recovery efforts, which, ultimately, can also save lives.