This Is the Technology Behind the US Military’s Largest Gun 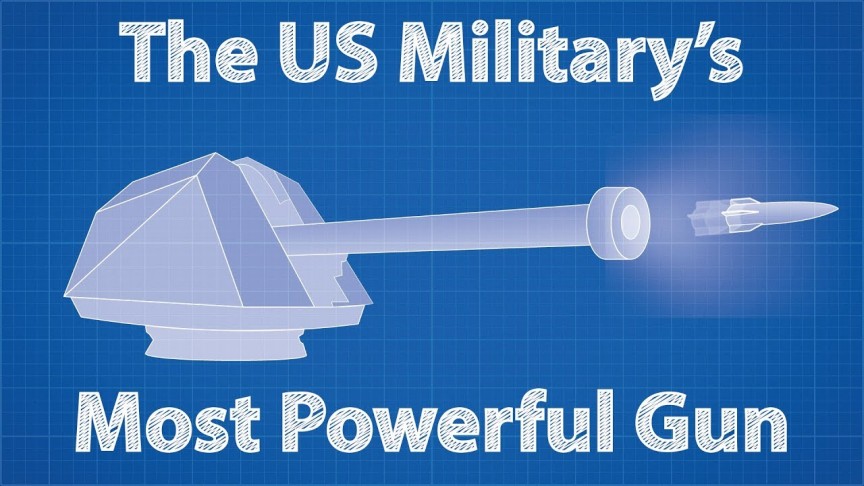 This video outlines the essential engineering of exactly what railgun technology means.

As the host of Real Engineering points out, guns have been a staple of engineering problem solving for a very long time. Over the years weapons have dramatically evolved and are continuing to do so. Think cannon balls changing to spherical projectiles. The latest weaponry breakthrough will move away from explosive launch power to an entirely new system to artillery launch. Railguns that take advantage of electromagnetic force will power the United States’s largest gun.

Using explosives while efficient, has many downsides. The most obvious being that naval ships have to carry large stores of explosives into battle, making them very susceptible to attack. On top of that, the new railgun technology is also just way more efficient. Current railgun designs have already doubled the muzzle velocity of weapons already in production. Some can send out artillery of speeds up to Mach 6! (Current explosive based weapons can only hit a maximum of Mach 3!)

These weapons are not currently in service (that we know of!) mainly because there are still some serious engineering problems to solve before that happens. Railguns use the physics theory of Lorentz Force. But achieving Lorentz Force and simultaneously overcoming the friction generated by it are huge engineering roadblocks. The military is now deep in the research and development of how to make these weapons more agile and consistent for use in service. But refining rail gun technology could also have a big impact on satellite launching technology too. The Real Engineering host offers the suggestion that future sat launches could be just as well achieved via rail gun technology rather than a traditional rocket.

We’ll be watching this space to see where this technology goes!