This Flying Boat Can Travel 345 Miles on a Full Tank 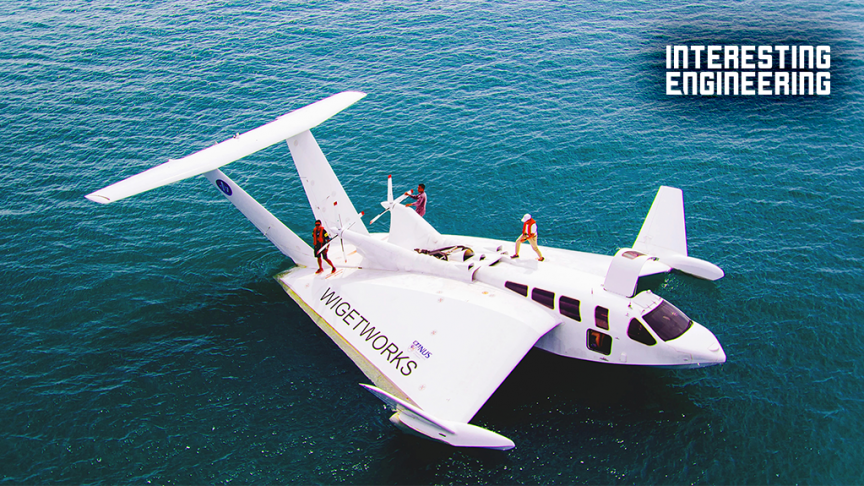 What happens when a boat and a plane merges? Here is the answer.

Flying boats are nothing new; the idea first emerged in the mind of Henri Farman, the French aviation pioneer, and then the American aeronautics lead Glenn Hammond Curtis flew his Curtiss Model E in 1912. A decade later was the start of a golden age for aviation, and since then, technology has been advancing rapidly; and flying boats, which might appear more impressive than conventional land-planes, are having their fair share.

One of the latest cutting-edge vehicles, the AirFish 8 is a plane boat hybrid that can fly as high as 23 ft (7 m) over the water. Powered by a compact V8 car engine, it can reach 122 mph 196 km/h) and travel 345 miles (555 km) on a full tank. When the journey is over and it lands on water, the hybrid craft docks at sea like a regular boat does.

The parent company Widgetworks was inspired by a post-WWII design by Dr. Alexander Martin Lippisch and plans on commercializing the craft after its completion. Able to accommodate up to 8 passengers and 2 crew members, the AirFish 8 is not exactly doing perfectly at the moment. The vehicle has some maneuverability issues below 6.2 mph (10 km/h), and struggles when avoiding boats, or even docks. The company will be adding variable-pitch propellers to the design to overcome the issue in the long run, along with a second engine to make sure the craft takes off quicker and has an easier time accelerating pre-take-off at 1,640 ft (500 m) mark.

The AirFish 8 is not a one-of-a-kind flying boat, but it’ll definitely make you want to take a ride in it when it’s finally available on the market.