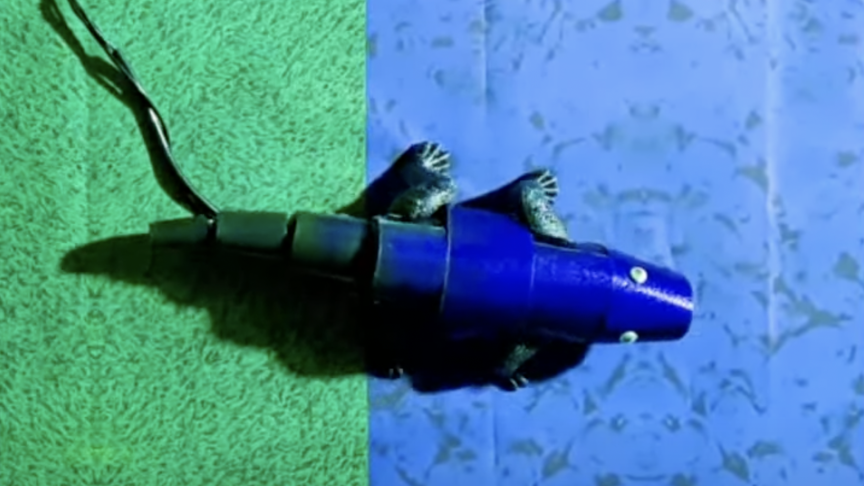 We’ve already seen plenty of eerie-looking robo-dog models, such as Xiaomi’s recently unveiled Spot-like CyberDog. The latest addition to the growing list of impressive but somewhat frightening biomimicry bots is a color-shifting chameleon robot developed by researchers at Seoul National University and Hanyang University in South Korea, a report from Gizmodo explains.

The robot imitates the chameleon’s ability to change color to match its surroundings using a combination of a custom-made flexible multi-layer artificial skin and liquid crystal ink. Using these technological solutions, the machine achieves a pretty impressive imitation of the chameleon’s ability to change color via a layer of skin made from cells that contain guanine crystals.

In a paper published in the journal Nature Communications, the team of researchers from South Korea details their approach, which settled on the artificial skin so as to create a robust solution that wouldn’t easily break. The alternative was a solution based on flexible display technologies such as that used for the Samsung Galaxy Fold.

The outside of the artificial skin is covered in a thin coating of liquid crystal ink that displays different colors depending on the structural alignment of its molecules. In order to change this alignment, the ink must be heated to specific temperatures. By mixing red, blue, and green, the liquid crystal ink can produce various different colors.

Though the artificial skin can’t quite match the texture and intricacy of chameleon skin, the researchers did integrate patterns into the robot that can take on different shades to better simulate a variety of surrounding colors. The researchers also say that by adding cooling mechanisms, they could enable the silver nanowires and the liquid crystals to change temperature and color at a much faster rate.

While the chameleon robot itself might not have a great deal of potential for practical use, the artificial skin it is housed in certainly does. Militaries have long wanted to develop more robust and flexible camouflage technologies and this new research could eventually lead to large military vehicles coated in the artificial skin, or a robot dog that can blend perfectly into its surroundings — impressively making the technology even creepier than it already is.