There’s an Entire Street of 3D Printed Houses in Texas 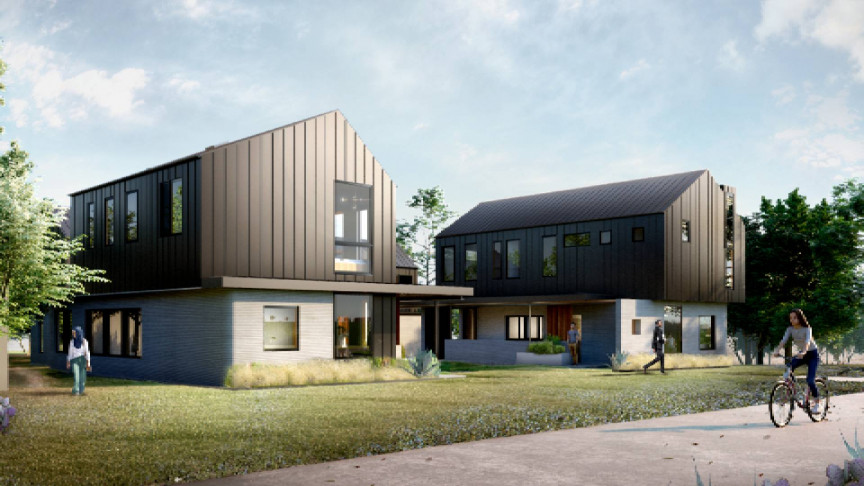 In Texas, lies a street called East 17th Street. It is a lively beautiful street with huge houses. But what’s most notable about it is that all the houses there were 3D printed.

The houses are the creation of Logan architecture with the 3D printing technology of ICON which used its Vulcan building system. Printing the homes took only five to seven days and the 3D printing technology now “provides safer, more resilient homes that are designed to withstand fire, flood, wind, and other natural disasters better than conventionally built homes” ICON said in a statement.

The homes come in two and four-bedroom designs ranging in size from 900 to 2,000 square feet (83 to185 sq m). All the houses have covered front porches, covered parking, rooms that are big and open, and windows that are large enough to let in plenty of light.

This is not of course the first 3D printed community in the works in the U.S. Back in March 2021, Mighty Buildings, which specializes in 3D printing homes of differing sizes, announced it was planning to build a $15 million community of 3D-printed homes in California.

Once completed, the upcoming project will have the title of the “world’s first planned community of 3D-printed homes,” according to Mighty Buildings. It might be the world’s first but it definitely won’t be the last.

In 2018, the additive manufacturing industry had a market size of a meager $8 billion. However, by 2026, that industry is expected to grow to a massive $51 billion dollars thanks to its annual growth rate of about 24-26%. Why? Because 3D printing is revolutionizing the construction sector providing a safer and quicker way to build homes than ever. So we are bound to be seeing more East 17th Streets.