Theoretical Physicist Says Scientists Must Be Open to Possibility of UFOs 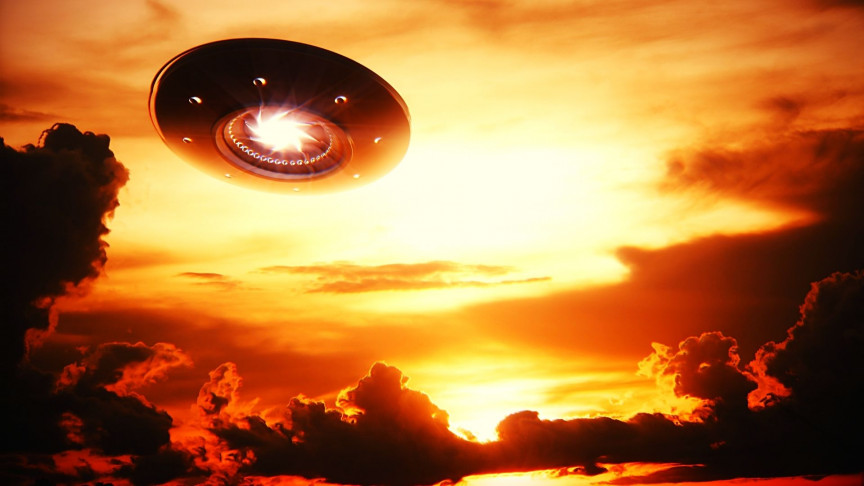 If alien civilizations exist, our technology may be primitive in comparison.

Since the U.S. government officially released documents affirming the existence of unidentified flying objects (UFOs), the world has felt closer than ever to confirming alien intelligence in the universe. But while we’re not there yet, scientists are beginning to take them more seriously, and one physicist thinks we’ve no other choice.

“I think it is a legitimate scientific question to ask where these UFO sightings are from,” tweeted the renowned Theoretical Physicist Professor Michio Kaku of theoretical physics at the City College of New York. But he was quick to caution how we qualify the phenomenon, since that “does not mean that these UFOs are necessarily from another planet.”

But he thinks it’s a possibility we can’t ignore.

Michio Kaku says UFO technology could be millennia ahead of us

To Professor Kaku, while we don’t know what’s behind the UFO phenomenon, we shouldn’t rule out the possibility that alien intelligence is driving the mysterious objects, and that they might come from alien worlds. A common objection suggests that, even if an alien civilization exists on distant planets, the fact of the unimaginably long journey from there to here lowers the likelihood of alien visitors to nearly zero, statistically. But, to Kaku, this is short-sighted. The universe is incredibly old, and we’ve only possessed the means for space travel for a few decades. If we consider the possibility that alien races have had millions of years to develop propulsion technology, who knows how quickly they might skip from planet to planet.

“Many physicists are skeptical because the stars are so far away, but that assumes (extraterrestrials are) only a century ahead of us,” tweeted Kaku again, referring to the level of technology a hypothetical alien intelligence may possess. “Imagine if the aliens are millions of years more advanced than us; new laws of physics open up, so keep an open mind.” Kaku, who is also the co-founder of string field theory, has repeatedly entered the fray of charged debates in the scientific community about whether or not we should communicate with an alien intelligence, if it exists.

Communication with alien intelligence could be ‘extremely dangerous’

Kaku has spoken with great anticipation about the capabilities of the forthcoming James Webb Space Telescope, which is due to launch later this year. Once it’s reached orbit, it will provide us with thousands of planets to examine at unprecedented precision. But when it comes to reaching out to an alien civilization, should we spot one, Kaku is cautious.

“There are some colleagues of mine that believe we should reach out to (an alien civilization),” said Kaku in an interview with The Guardian. “I think that’s a terrible idea. We all know what happened to Montezuma when he met Cortés in Mexico so many hundreds of years ago. Now, personally, I think that aliens out there would be friendly but we can’t gamble on it. So I think we will make contact but we should do it very carefully.” And he’s not wrong to be worried. In June of this year, Nature Editor Mark Buchanan issued a warning that there is an inherent danger in contacting an alien civilization, which is what a UFO driven by an alien intelligence would imply. “Chances are we should all be grateful that we don’t yet have any evidence of contact with alien civilizations,” he began in an Op-Ed at The Washington Post. “Attempting to communicate with extraterrestrials, if they do exist, could be extremely dangerous for us.” But unless scientists and the general populace keep an open mind about the origin of UFOs, we lower our chances of mitigating the potential fallout from a hypothetical first contact with alien intelligence.