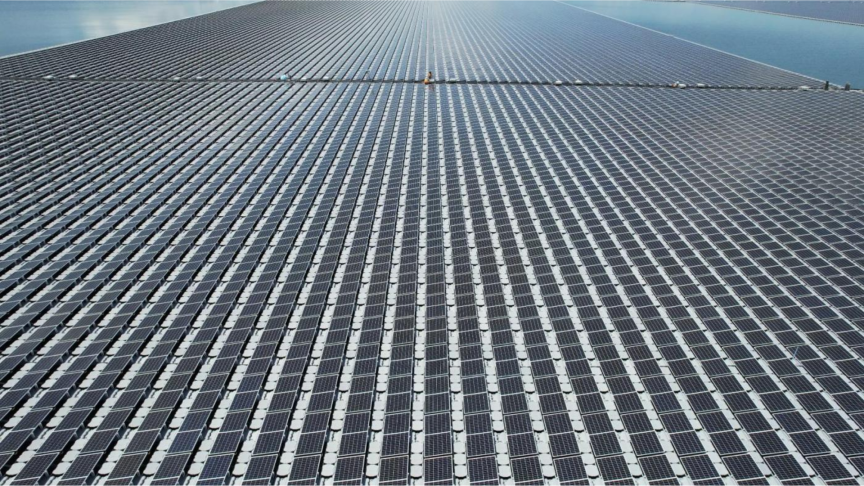 The world’s largest floating solar farm has now begun operations at the Sirindhorn Dam on the Lam Dom Noi River in Thailand. The dam has a capacity of generating 45MW of power using its solar panels, the Electricity Generating Authority of Thailand (EGAT) confirmed in a press release.

The news comes after the country started advancing its carbon neutrality goals by 15 years. At the United Nations Climate Change Conference being held in Glasgow, UK, Thai Prime Minister Prayut Chan-o-cha pledged that his country would attain carbon neutrality by 2050, much ahead of the earlier set target date of 2065, local media reported. The announcement is a major move considering that two-thirds of Thailand’s current power generation is sourced from natural gas.

According to a Bloomberg report, Thailand generates up to 114,000 GW of power from natural gas while renewable sources of energy such as solar, wind, and hydro contribute less than 10 percent of the nation’s current power requirements. The remainder comes from coal, which is also a major contributor to emissions. As the first step in changing this disparity, Thailand has unveiled the world’s largest floating solar farm.

The farm has seven large panels of photovoltaic cells that have been located at an angle against the platform. This allows sunlight to pass through into the water without affecting the underwater environment. The area of the panel, approximately the same as 70 soccer fields, actually occupies just one percent of the reservoir surface but will help in saving 460,000 cubic meters of water that is lost to evaporation, every year, the press release said.

The farm that consists of 145,000 panels is made of eco-friendly material to ensure that the reservoir environment is not disturbed. The water surface will ensure that the panels do not heat up too much and remain up to 15 percent more efficient than if they were installed on land.

Built at a cost of $34 million, the farm has an output of 45MW of power. Interestingly, the designers have also included three turbines that can tap into the flowing water of the reservoir to generate power when there is no sunlight or when the peak demand for power is high. The energy management system (EMS) used in the solar farm works after taking inputs from the weather forecast system to ensure stability during power generation.

EGAT plans to open the solar farm for public viewing to generate interest in the technology as well as create environmentally sustainable jobs in the region. The organization now has another 15 such projects in its pipeline, which when completed will increase Thailand’s power generation capability by 2,725 MW, the press release added.