The World’s First Autonomous Ship Has Finished Its First Run 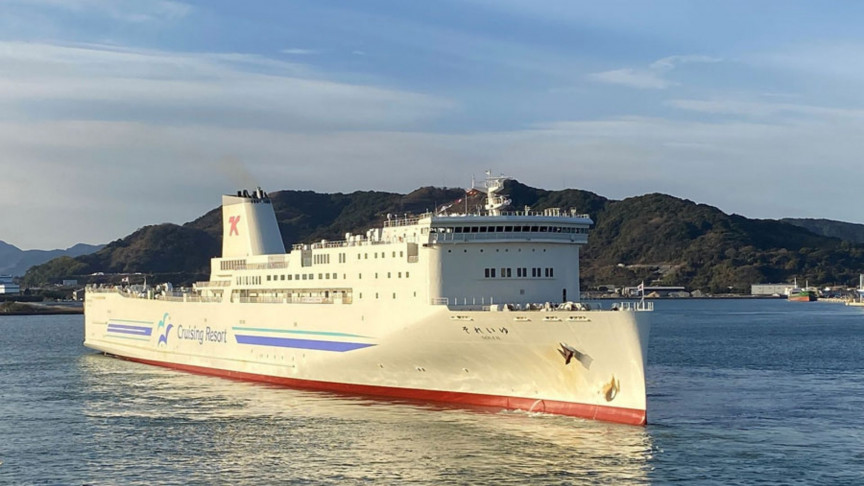 The demonstration test of the world’s first fully autonomous ship navigation system was successfully carried out in Japan on January 17, according to a press release.

The large ferry has autonomously navigated over a 149 mile (240 km) stretch of Japan’s Iyonda Sea at the speed of 26 knots (30 mph or 48 kph) and also performed the docking procedures at the end of its voyage.

The technology used in the demonstration was developed by Mitsubishi Shipbuilding, a subsidiary of  Nippon Foundation, and it was used on Shin Nihonkai Ferry Somany’s 728 feet (222 meters) long vehicle-carrying ferry, the Soleil.

“I hope this will lead to further development toward practical use. There are still many issues to be resolved, however, and I believe today’s results will be a guide toward the creation of international rules for fully autonomous vessels,” Mitsuyuki Unno, Executive Director of the Nippon Foundation said,

The demonstration test greatly accelerated the development of fully autonomous ship navigation systems that use many advanced technologies including artificial intelligence according to Executive Vice President of Mitsubishi Shipbuilding, Naoki Ueda. “We will continue to develop technologies using the valuable knowledge gained to achieve safety and high-quality service for passenger ferries, which play an important role in supporting marine transportation in the island nation of Japan,” he added.

The Soleil was piloted by a human crew and made the 7 hour trip as its Super Bridge-X autonomous navigation system compiled data on the route, since it first entered service on July 1 last year.

Executive Director of Shin Nihonkai Ferry, Masami Sasaki, said that they are honored to be involved in the development of a fully autonomous ship navigation system and added, “As a passenger ferry company, we have high expectations for the social application and widespread use of fully autonomous operation as one of the solutions to issues including human error and crew labor savings.”

The race for making ships more self-sufficient without the need for human intervention is not as fierce as autonomous cars but the luxury carmaker Rolls Royce has been working with Intel to develop a full fleet of autonomous cargo vessels that require no humans on board by 2025.

Meanwhile, IBM tried to cross the Atlantic Ocean with its autonomous ship the Mayflower, back in 2019 but failed due to a minor mechanical issue.