The World’s Fastest Plane’s Successor Will Reach Over 4,600 Miles 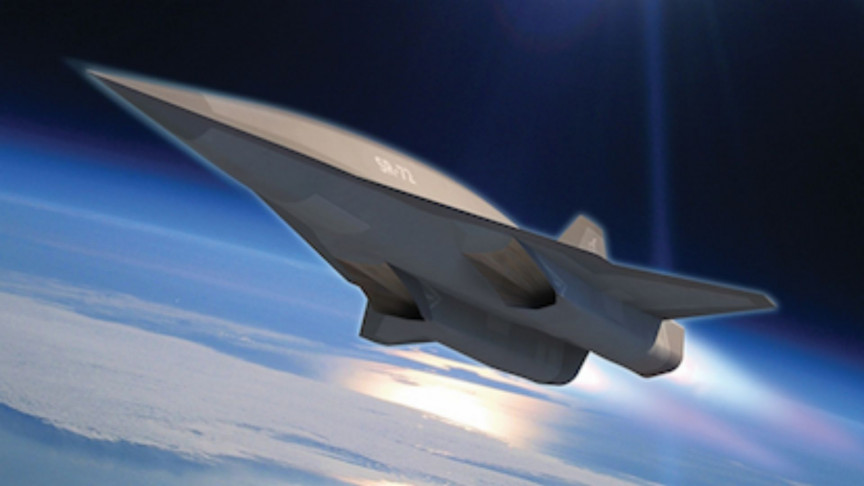 The Lockheed Martin SR-72, which is rumored to be the world’s fastest plane, is expected to make a test flight in 2025, eight years after its private proposal in 2013.

SR-72 will be the successor of the SR-71 Blackbird, the fastest manned aircraft which smashed speed records in 1974 and was retired by the U.S. Air Force back in 1998.

The SR-72, or “Son of Blackbird” is envisioned as an unmanned, hypersonic and reusable, reconnaissance, surveillance, and strike aircraft. The striking ability of the aircraft comes to the fore as it will, reportedly, support Lockheed Martin’s novel High-Speed Strike Weapon (HSSW). The aircraft’s combat capabilities enable it to strike its target in dangerous environments that are deemed risky for slower manned aircraft.

Since the technology to build the aircraft was overly ambitious when the project was announced in 2013, the project had to wait for several years.

The SR-72 is estimated to have a top speed of Mach 6 or 4,603 mph (7.400 kph), making it roughly twice as fast as its predecessor, and could theoretically evade current fighter jets with its killing pace.

This massive speed boost is hypothetically thanks to a new turbine-based combined cycle (TBCC) propulsion system. This, combined with an existing dual-mode ramjet would have allowed it to travel far faster than any other plane, circling the globe in a few hours.

While the alleged progress, development, and production timelines are still blurry, Lockheed said in late 2018 that an SR-72 prototype will fly by 2025, with the aircraft possibly entering service into the 2030s.

Since this is exciting news for Lockheed Martin, hypersonic technology in aircraft has been making headlines all over the globe. Most notably, China’s hypersonic weapon launch in July caught intelligence services off guard, including the U.S. Space Force. The Chinese hypersonic technology is more advanced than any other country even though it missed its intended target. It looks like China is in the lead but still has a long way to go to win the race.