The US Space Force Is Committing $1.5 Million to Tackle Space Debris 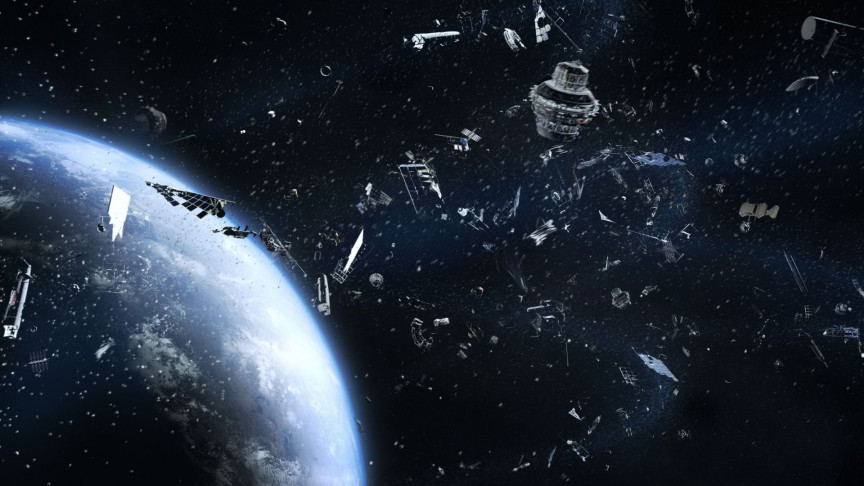 As the U.S. calls on spacefaring nations to act responsibly in space, the U.S. Space Force prepares to hand out private contracts to companies that will help it remove orbital debris, a report from Wired explains.

Russia’s anti-satellite weapons test, conducted on Monday, Nov. 15, resulted in a scattering of space shrapnel that flew worryingly close to the ISS this week at approximately 17,000 mph (27,350 km/h). The event prompted astronauts and cosmonauts aboard the space station to take refuge in the most structurally stable parts of the station.

Though Russian officials stated that the space shrapnel isn’t a threat to space activity, a press statement from the U.S. State Department countered this claim by saying that the Russian Federation “recklessly conducted a destructive test” that resulted in over 1,500 pieces of space debris making several close passes to the International Space Station every 90 minutes or so. “The safety and security of all actors seeking to explore and use outer space for peaceful purposes has been carelessly endangered by this test,” the statement continued.

Over 22,000 pieces of space debris are constantly tracked by the U.S. Department of Defense’s Space Surveillance Network (SSN), and it’s a number that will only continue to rise based on current trends. Several methods have been devised to clear space debris, including one by University of Utah researchers that utilizes magnetic fields to steer space debris in a specific direction. However, some experts argue that there is nowhere near enough investment required for preventing space debris from becoming an unsustainable problem.

In a bid to take action against the problem of space debris, the U.S. State Department called “upon all responsible spacefaring nations to join us in efforts to develop norms of responsible behavior.” Furthermore, starting this week, the U.S. Space Force’s technology arm, SpaceWERX, is recruiting private sector firms to develop technologies that will help remove space junk, as part of a new program called Orbital Prime.

To begin with, SpaceWERX will award contracts worth $250,000 to companies that are developing methods to remove space trash. The technologies could also be used to refuel and repair satellites that would otherwise turn into space debris once they are no longer operational.

Phase Two of the Orbital Prime program will see the most promising methods awarded $1.5 million contracts. The ultimate goal is to deploy the resulting technologies into orbit by 2023 at the earliest. In order to take part in the program, companies must be based in the U.S. and linked to a university or a federally-funded research institution.