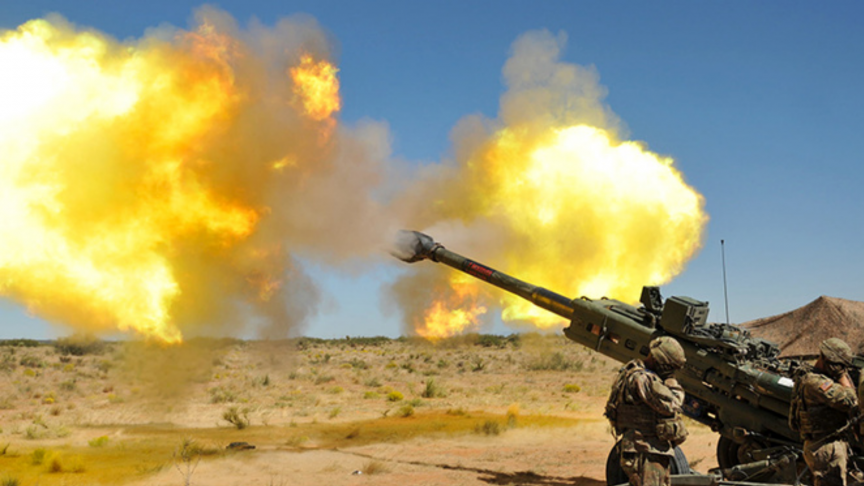 In August last year, the Yuma Proving Ground (YPG) in Arizona added one more achievement under its belt, of firing a projectile from the Extended Range Cannon Artillery (ERCA) at the highest velocity ever on record, the U.S. Army said in a press release this month.

Even as we talk about ballistic missiles and rocket systems, artillery systems are cost-effective options that militaries have. Missions can be completed at a fraction of a cost when artillery is used, the press release said. However, with the evolution of technology, targets are moving faster too and that requires projectiles fired from artillery guns to be sent up faster through the air. To do so, the propelling charge that needs to be modified and Paul Henderson, propulsion engineer with the Combat Capabilities Development Command-Armament Center (DEVCOM-AC) was tasked to achieve this for the project.

The charge, however, is inside the gun chamber when it is fired and invisible from outside when it is fired. The team, therefore, built a transparent ballistic simulator (BSIM) to enable visual observation of the firing. The BSIM bursts at low pressure, the press release said, but videos of the firing captured before the BSIM burst gave vital clues to understanding what was happening between the short interval where the gun was fired and the projectile left the barrel.

Looking at data related to the temperatures, turbulence, and speed of ignition inside the gun, the team of engineers tried to minimize the pressure waves and deliver a more controlled burning of the charge. The team carried out computer simulations with a variety of configurations to arrive at potential ones that could deliver a uniform burn and then tested them with the BSIM. Following this, the configuration was tested in the artillery gun.

The team at YPG also recorded data on gun pressures and muzzle velocity along with high-speed videos that were then used to design the projectiles that could be compatible with these higher velocities. Their collaborative effort ended in success as the ERCA projectiles achieved record speeds in trials, the press release said.