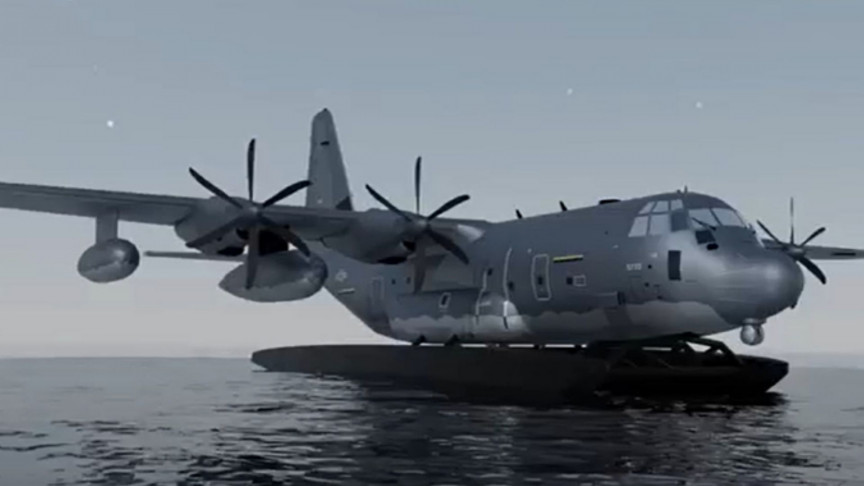 Lockheed Martin’s C-130J Super Hercules aircraft is not just the workhorse for the military but also a super achiever. In its career that has spanned over two decades, this aircraft has landed in the Arctic, on the highest airstrip, and even an aircraft carrier carrying out medevac, troop, and cargo transport. The US Air Force now plans to make it a seaplane as well, thereby making it possible for this mighty aircraft to land anywhere across the globe.

To ensure that the new version of the aircraft is not just limited to water bodies, the Air Force Special Operations Command is partnering with the Air Force Research Lab’s Strategic Development Planning and Experimentation (AFRL-SDPE) to develop amphibious capability. Dubbed as MAC (MC-130J Commando II Amphibious Capability) will “increase placement and access for infiltration, exfiltration, and personnel recovery, as well as providing enhanced logistical capabilities for future competition and conflict,” Lt Col Josh Trantham at AFSOC said in the press release.

The AFSOC is currently working with a task force of industrial partners and plans to undertake a five-phase rapid prototyping schedule to demonstrate operational capability in just 17 months. This could also potentially be used on other C130s with minor modifications, the press release said.

Aiding the accelerated development plans is the Digital Proving Ground (DPG), a virtual setting that uses digital design, virtual reality (VR) modeling, and computer-aided design for simulation and testing of prototypes. The DPG also allows the use of advanced manufacturing for rapid prototyping, further accelerating the testing phase of the prototypes.

The AFSOC released some prototype images that have been tested on the DPG.

According to the press release, the DPG has multiple capabilities such as “mission review, aircraft system analysis, design ideation, engineering risk-reduction, virtual reality, concept imagery” and also allows for feasibility studies. Praising the platform, Maj Kristen Cepak, Chief of Technology Transition Branch at AFSOC said, “Being able to experiment with existing technology to evaluate design tradeoffs and test a new system before ever bending metal is a game-changer.”

Once developed, MAC is expected to be used by a wide variety of services across the C130 platform, further expanding the versatility of this aircraft and reducing the dependence on dedicated infrastructure such as airstrips that are potential targets during a conflict.