The US Air Force Is Trying to Make Jet Fuel. Out of Thin Air? 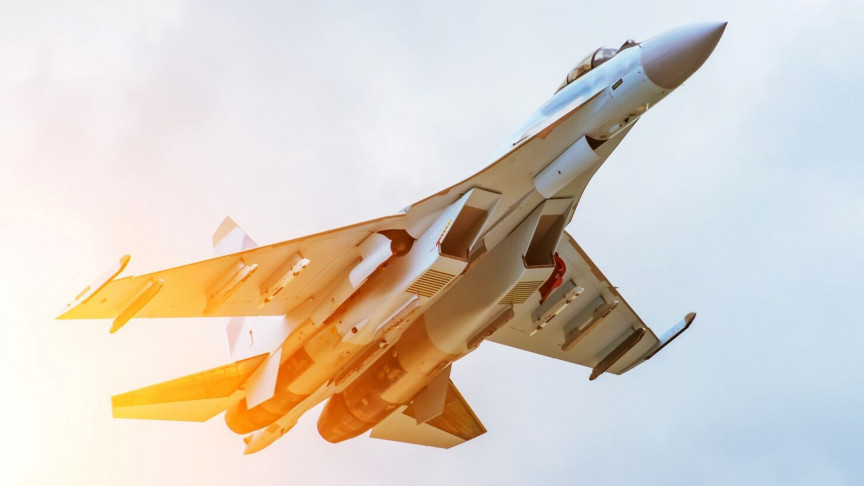 In a move that will revolutionize the way the U.S. military needs to work its logistics to power its operations at home and abroad, the Air Force has now confirmed that its program to develop jet fuel out of thin air is closer to completion. In a press release, the U.S. Air Force claimed it was a step closer to accessing fuel anytime and anywhere on the planet without relying on fuel tankers.

We have often covered how the U.S. military is a massive fossil fuel consumer and is now focusing on nuclear energy to satisfy its energy requirements in a greener, and consequently, ‘cleaner’ way. Luckily for us, the U.S. Air Force has also been working on alternate ways of producing fuel for its aircraft and teamed up with a company named Twelve. Spun-off from the research conducted at Stanford University, the company uses carbon transformation to make fuels from carbon dioxide sourced from the air.

The concept is almost a century old and can actually be found in chemistry textbooks as the Fischer-Tropsch synthesis where carbon monoxide and hydrogen at high temperatures produce liquid hydrocarbons that can be used as fuel in the presence of a catalyst. Known as synthetic fuel, this process was widely used by Germany during World War II and is even used today by the U.S. military to blend its petroleum sourced fuel.

According to the press release, the U.S. military allows a maximum of 50 percent blend of synthetic fuel in its operations, and the synthetic fuel produced by Twelve was also tested by blending up to similar limits. Although the testing is expected to continue until the end of this year after which a detailed report of findings will be prepared, the U.S. Air Force is keen on moving forward with the next phase, which involves scaling up the technology.

According to its website, Twelve uses a ‘new breed of catalyst’ to bring about the conversion to make its synthetic fuel, E-jet. Unlike other processes that rely on fossil fuels to power this change, Twelve uses renewable energies to ensure that its process is carbon neutral. The company also claims that its ready-to-drop-in fuel has lower contaminants than petroleum fuel with a cleaner burn.

While the U.S. Air Force currently uses commercial fuel and relies on the land, water, and air-based vehicles to transport fuel to its aircraft, using Twelve’s technology, it could produce fuel at far-off sites without the need of on-site fuel experts, the press release said. The venture is expected to not only optimize the use of aviation fuel but also reduce the burden of logistics that accompanies its transport. The technology could also be deployed in arid areas where water is also scarce, with the air serving as a source for water too, the press release said.

If all goes to plan, would the U.S. Air Force really need the KC-Y and KC-Z tankers?