The UN Is Engineering a Floating City. To Withstand a Category 5 Hurricane? 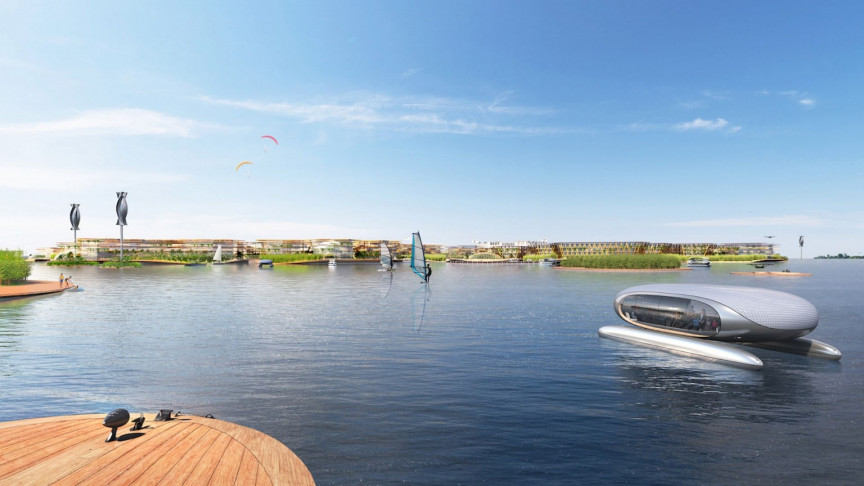 Global warming is causing many physical risks such as droughts, wildfires, and floods. According to the Intergovernmental Panel on Climate Change, global warming is essentially irreversible, which means these dangers will keep coming up. Luckily, some countries have started planning ahead.

The Busan Metropolitan City of the Republic of Korea, the UN-Habitat, and OCEANIX have joined forces to build the world’s first prototype sustainable floating city in order to get ahead of physical risks.

“Sustainable floating cities are a part of the arsenal of climate adaptation strategies available to us. Instead of fighting with water, let us learn to live in harmony with it. We look forward to developing nature-based solutions through the floating city concept, and Busan is the ideal choice to deploy the prototype,” said in a statement the Executive Director of UN-Habitat, Maimunah Mohd Sharif.

As the population rises, more and more people are being pushed to coastal cities. However, these regions are notoriously susceptible to floods and hurricanes.

Part of climate change adaptation is building the kinds of cities that can withstand these risks. The technology and science used in this first prototype city could be repeated in other cities in other regions creating a safer more climate-resilient world.

The city of Busan, which is also bidding for World Expo 2030, is one of the most important maritime cities of the 21st century and an ideal location for the first prototype floating city.

The new floating city will consist of a series of hexagonal platforms perched atop the water and will benefit from a buoyant limestone coating that when exposed to an electric current, developed by underwater minerals, to repair itself.

The city will be completely self-sufficient, developing its own food and water, and will be immune to all kinds of climate change-related threats including category 5 hurricanes. All in all, the city will be a notable example of the cities of the future.