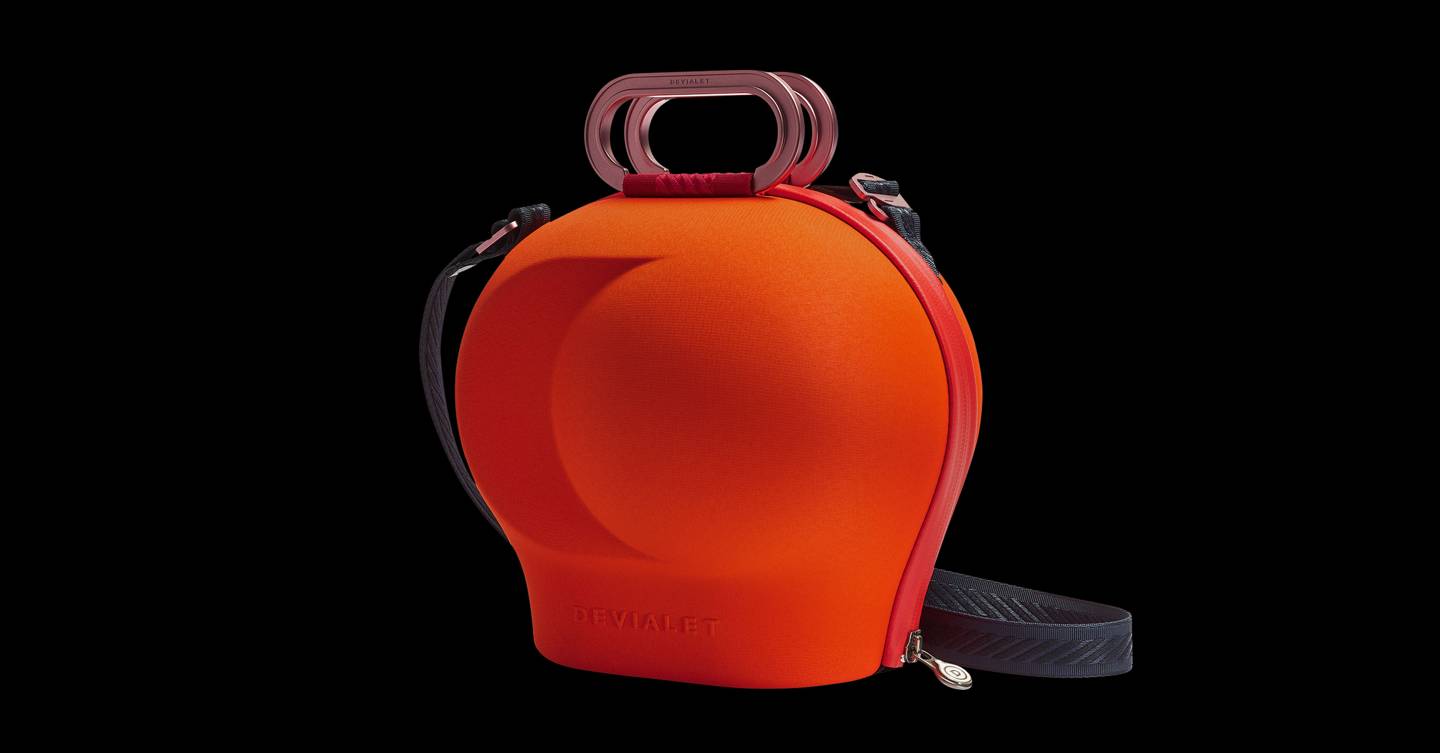 Superior sound is almost a given these days. It is hard to recall just how poor most affordable home speakers or headphones were even just 15 years ago. Now for a few hundred pounds you can kit out your entire house with a multi-room system that performs just fine. But it won’t be great. Audio excellence still requires investment, and for those willing to spend a little more, the gains can be astonishing.

It has been five years since Naim and luxury French headphone brand Focal joined forces under the Vervent Audio Group banner. And while each company is run independently, we’re delighted to see that Naim – which has been collaborating with Bentley for 12 years – has been generous enough to make some introductions. The result is a superb open-backed high-fidelity pair of headphones (above) in black and copper, with the subtle repeating diamond pattern found on Bentley’s latest Bentayga. The full-grain Pittards gloving leather – this Somerset brand made gloves for Spitfire pilots – borrowed from Focal’s £3,000 Stellia, gives a luxuriously comfortable listen. Couple this with a sonic signature tuned to match Naim’s award-winning Mu-so and, in theory, you can enjoy the same audiophile listening experience whether you’re in the car, the house or out and about.

Launched to celebrate 95 years of forward-thinking Danish audio design, the Beoplay H95 (top image) is Bang & Olufsen’s most lavish headphone to date. The 40mm electro-dynamic titanium drivers (20 – 22,000 Hz) and classic B&O tuning takes care of the sound profile; adaptive active noise cancellation, four dedicated voice microphones, Bluetooth 5.1 Aptx and a 38-hour battery life future-proof your investment, while the lambskin ear cushions and memory-foam inserts offer a sumptuous fit for long-haul use. All these elements are held together with pearl-blasted and polished aluminium components that fold flat for storage in the aluminium carry case.

A welcome return after 40 years, this vintage masterpiece has been reborn for the streaming generation. The LEAK Stereo 130, 45W (RMS 8Ω) integrated amplifier – based on its all-transistor amplifier launched in 1963 – features state-of-the-art circuitry that includes a moving magnet phono stage for your turntable, and optical and coaxial digital inputs for linking network streamers, CD players, games consoles and TVs. There is also a USB digital connection for serving up hi-res music files up to 32-bit/384kHz and DSD 11.2MHz/DSD256. Shown here with the LEAK CDT CD Transport, from £449, both are available with or without the solid walnut enclosure.

Standing two metres tall, the Magico M9 speakers are a totem to audio performance, boasting a cabinet made from carbon fibre with an aluminium honeycomb core that significantly reduces weight to 454kg apiece. The drive unit consists of a world’s first 28mm beryllium-diamond dome tweeter, a 6-inch midrange driver, a pair of 11-inch mid-bass drivers and two 15-inch bass drivers. Supplied with the speakers is a Magico Analog Crossover (MXO) unit that handles the 120Hz crossover frequency between bass and mid-bass drivers, and a secondary separate crossover power supply. And to complete the set you’ll also need to budget for four monaural amps or two stereo power plants.

This debut design from Australia-based Pantheone Audio is a sculptural speaker cast from resin and featuring audio from two 165mm bass drivers, two 100mm midrange drivers and four 19mm silk-dome tweeters, all driven by Class-D amplifiers – two 130-watt modules for the low-frequency section, and two 70-watt modules for the high-frequency section. It’s a design inspired by the oculus opening in the Pantheon in Rome – the 8.2m diameter dome is flooded with light from a single hole – which, much like the drive units here, fill even the largest space with directionless 360-degree sound. There’s Wi-Fi, Alexa and Bluetooth 4.2, and the 653mm tall, 25kg speaker is available in highly polished black or white finishes.

A bold, wholly superfluous accessory for a niche speaker system from one of the most forward-thinking audio brands, this bowling ball-style carry case for the Devialet Phantom Reactor features lightweight aluminium handles and a tough water-repellent exterior with a plush second-skin interior for maximum protection on the go. Given the Phantom Reactor is a hefty mains-powered speaker and not specifically designed to be portable, the question remains as to where you’re likely to be taking it, but, in truth, once you hear the power and performance on offer you’ll be forgiven for making space for the one on your next weekend away.

Released to mark the iconic turntable’s 55th anniversary, this limited-edition direct-drive design was originally limited to 1,000 units, but they sold out almost instantly, and so, in what will never be regarded as a cute marketing trick, Technics has announced the availability of just 210 more. Regardless of numbers this legendary Japanese-made turntable is a stone-cold classic with an anodised black 10mm-thick aluminium top panel and matching tone arm, and specially tuned Nagaoka MM cartridge.

Linn’s history of high-performance, high-price hi-fi equipment stretches back almost five decades, but they’re far from old-fashioned, and have been at the forefront of digital music streaming for over a decade. Now, with the Series 3 speaker, they might just have made the very finest all-in-one speaker to date while also looking pretty, and squeezing in Alexa, Google Assistant and direct streaming support for Spotify, Apple Music, Amazon Music and Google Music. The Series 3 even makes the most of every digital file type up to a resolution of 24bit/192kHz, and anything below that still gets upsampled to 192kHz. Must be heard to be believed.

You’ve got the Telecaster in the den, Gibson ES-335 in the office and a Martin D-28 by the bed, but something’s still missing. You need something to pick up and tinker with, the perfect buddy for noodling on the sofa, and we think PRS SE P20E “parlour-sized” acoustic is that guitar, with an all-mahogany construction that lends it a warm, organic voice that’s bolder than the body suggests. Finished with an ebony fretboard and bridge, bone nut and saddle, and PRD bird inlays, this is a pro-grade instrument you’ll happily play for hours. And with a Fishman GT1 pickup system built-in, this diminutive instrument can transition easily to the studio or stage (when you rightly don’t want to put it down).