The Strained Relationship Between Apple and Qualcomm 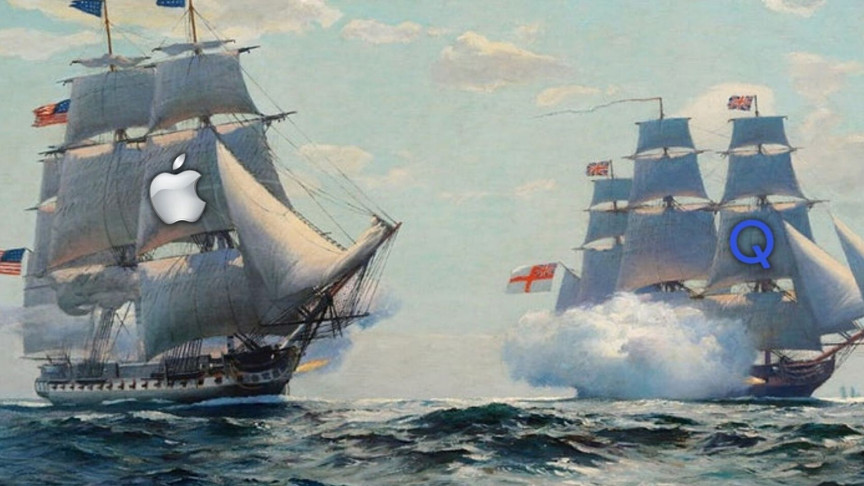 As we reported in November 2020, Apple seriously shook up the laptop market with its groundbreaking M1 central processing unit (CPU) chip. Currently, the chip is included in the MacBook Air, MacBook Pro, and Mac Mini, and will debut in the iMac and iPad.

The M1’s claims to fame are its lightning-fast performance, and its 50% to 80% gain in battery life. The M1 sucks so little power that fans aren’t required in devices containing the chip, resulting in sleeker designs. The M1 is also a system on a chip (SoC), and includes integrated graphics and onboard memory.

Memory, in the form of either 8GB or 16GB of LPDDR4X-4266 MHz SDRAM, eliminates the need for separate RAM, and the M1 even comes with a separate 16-core neural engine, which is ideal for machine learning tasks.

Some of the Apple engineers responsible for the design of the M1 were John Bruno, Manu Gulati, and Gerard Williams III. Williams had spent nine years as chief architect for all Apple central processors and systems-on-a-chip; Gulati worked at Apple for eight years on mobile systems-on-a-chip; and for five years, Bruno was a part of Apple’s platform architecture group.

In early 2019, the three former Apple engineers left the company and formed a new chip design company called Nuvia, Inc. According to Business Insider, together, the three engineers have been awarded more than 100 patents relating to chip design and system engineering.

A wolf in sheep’s clothing?

At the time of its founding, Nuvia stated that its purpose was to take the lessons learned in designing the chips used in iPhones and iPads and apply them to the chips used in data center servers. Currently, chips used in servers are primarily made by either Intel or Advanced Micro Devices (AMD).

In 2019, Gerard Williams told Reuters “We want to bring all these aspects that we have developed over time through our careers to this new market and really exploit them in this market, because it’s an area ripe for innovation and advancement.” Nuvia was supported by $53 million in Series A funding provided in part by computer maker Dell.

Apple didn’t take Gerard Williams’ leaving well, in fact, the company sued him, citing breach of contract. Apple contended that Williams was barred from engaging in business activities that are competitive with those of Apple.

On his end, Williams counter sued and accused Apple of reading his private text messages, one of which was purported to state that Apple would have “no choice but to purchase” Nuvia. Williams accused Apple of a “stunning and disquieting invasion of privacy.” As of this writing, there has been no ruling on either lawsuit.

A shot across the bow

Such was the state of affairs until March of this year. That’s when chipmaker Qualcomm bought Nuvia for $1.4 billion, and made Williams its new senior vice president of engineering. This gave Qualcomm access to much of the expertise behind the development of the M1 chip.

Then, on July 2, 2021, Qualcomm CEO Cristiano Amon started the 4th of July holiday off with a bang by announcing that, based on Nuvia’s technology, his firm was developing a chip to compete with the M1 on their new “flagship smartphones, high-performance ultra portable laptops, and digital cockpits, as well as Advanced Driver Assistance Systems, extended reality, and infrastructure networking solutions.” The new chip will be released in late 2022.

In 2017, Apple sued Qualcomm in what was the largest patent or antitrust lawsuit ever heard, coming in at $30 billion. Qualcomm counter sued, and millions of dollars were spent by both companies in the run-up to the trial. Then, in July 2019, on what was the second day of the trial, something odd happened: the two companies announced a settlement.

Apple paid Qualcomm a sum of money, and the two companies entered into a six- to eight-year license arrangement. Then, just hours after the settlement was announced, Apple bought Intel’s smartphone modem business for $1 billion, giving Apple access to over 17,000 Intel patents and more than 2,200 Intel employees.

It is theorized that the settlement had been triggered by delays in Intel’s delivery of 5G modem chips for Apple’s 2020 iPhones. Without the settlement, Apple would have been left without the chips — currently, all Apple iPhone 12 models contain Qualcomm’s modem chips.

A game of musical chairs

In September 2020, the U.S. maker of graphics processing units (GPUs), Nvidia, announced that it was purchasing UK’s Arm, Ltd. for a cool $40 billion. That deal requires the approval of at least four governments, including the U.S., UK, E.U., and China.

Qualcomm responded to the news by launching complaints with regulators. Apple is also concerned because Arm’s designs are found in 90 percent of the world’s smartphones.

Given this latest development, Apple and Qualcomm might just end up on the same side.