The Space-Based Solar Arrays That Could Power Our Planet 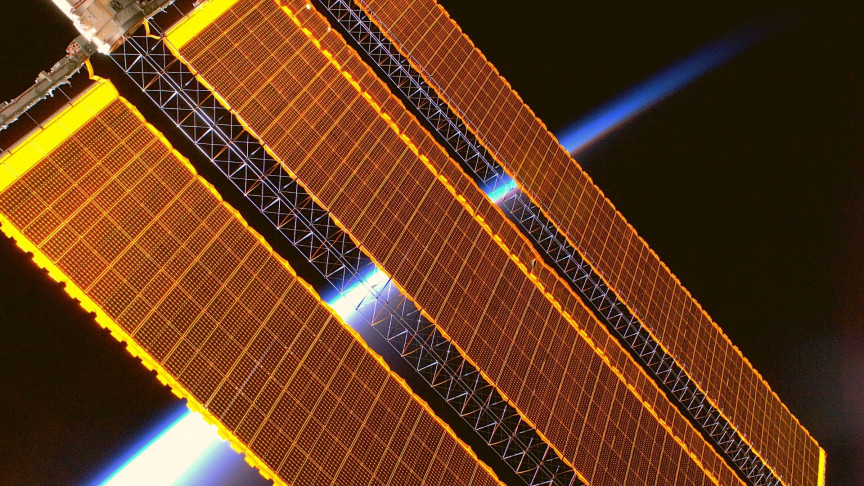 When conventional solar power arrays receive energy from the sun, there are countless others on the other side of the planet that can’t. This is one of several limitations that space-based solar power purports to solve, and interest is growing as proposals mount from military, private, and public entities.

On Tuesday, Redwire acquired Deployable Space Systems (DSS), a leading supplier of deployable solar arrays, structures, and mechanisms capable of enabling space missions, according to a press release shared on the company’s website.

The space-based solar arrays that could power our planet

Space-based solar power (SBSP) is approaching a critical threshold as a practical means of transitioning the world to green energy sources.

One way of collecting energy from space involves using colossal mirror-like solar reflectors hoisted onto orbital satellites — to concentrate solar energy from the sun onto solar panels. This energy would then transform the energy into electromagnetic radiation, and beam it back to Earth via laser or microwave.

On the ground, a rectifying antenna could capture the waves or various electromagnetic radiation from lasers, and transform them back into electricity to be pumped into a larger electrical grid.

In light of the potential, some companies are putting pressure on the U.S. government to form new industry and international partnerships — to make SBSP a reality.

The concept of SBSP “evolved over a very long time and is probably a couple of generations away from being hooked into the terrestrial power grid,” said James Vedda, senior policy analyst of the Aerospace Corp. Center for Space Policy and Strategy, during an October 2020 briefing, Space News reports.

He also argued for the U.S. to understand “that we’re not the only ones in the world who are looking at this,” and emphasized a need to “think about the kind of benefits that will fall to those who master the technology of wireless transmission of huge amounts of power over long distances.”

“A study 10 years ago noted that deaths from improvised explosive devices from insurgent groups caused two-thirds of coalition deaths in Iraq and Afghanistan,” said Karen Jones, senior project leader and technology strategist at the Center for Space Policy and Strategy, in the Space News report. “Many of those deaths were related to fuel transportation activities. If we could power-beam to these forward deployment basins, we could possibly save a lot of lives.”

And since IoT technologies are crucial to smart city initiatives, SBSP could help urban centers transition from 20th-century to 21st-century infrastructural grids — adding much-needed resiliency to the robustness of energy sources.

US has little time to waste with SBSP rivals like China

Redwire’s recent acquisition of DSS could be a first step in this direction. Key products for the company include deployable structural and mechanical systems of supporting subsystems, and deployable solar array systems — like the Roll-Out Solar Array, which NASA has plans to upgrade the International Space Station’s (ISS’) solar arrays later in 2021.

DSS had designed, analyzed, constructed, and delivered deployable solar technology for NASA, the Department of Defense, and commercial clients.

“While DSS has contracts with the largest leaders in aerospace today, Redwire will provide us with the size and breadth of services needed to secure even more competitive projects in the industry,” said Steve White, DSS co-founder and vice president in the Feb. 23 press release.

For future space and Earth-based applications, the potential for space-based solar power is growing every year. With China planning to build a space-based solar power station by 2035, there’s little time to waste for the U.S. and parallel powers to accelerate development, and implement a comprehensive green energy infrastructure to power the world through the brightest days and darkest nights.