The Science of Cryogenics and Why It’s So ‘Cool’ 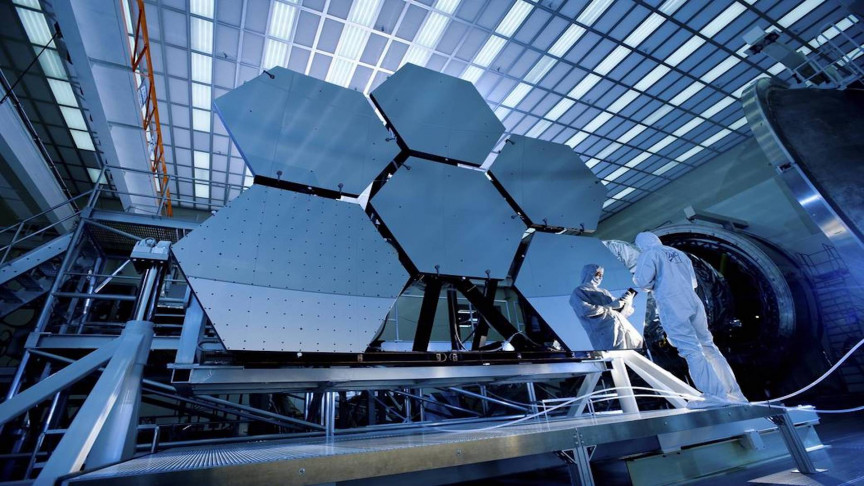 Cryogenics sounds like a science-fiction plot point or a term you might come across on a “Do you want to live forever?” pamphlet. Regardless, it is a very real science with real-world applications. For the uninitiated, cryogenics is the science that deals with the production, effects, and uses of a wide variety of materials at very low temperatures. The term cryogenics is derived from the Greek word “Kyros,” which means cold.

This unique low-temperature field has a wide range of applications in aerospace engineering, medicine, food science, human biology, and electronics. To illustrate the low temperatures involved, let’s take a look at our good old buddy H2O. Water undergoes a phase transition from liquid to a solid at 32° F (0° C). The range of temperatures used in cryogenics generally ranges from -238° F to -459.4°F (-150° C to -273° C). At -459.4° F, which is also referred to in the scientific community as absolute zero, the temperature at which the movement of molecules ceases, thereby resulting in these molecules being at their lowest energy state.

At these ultra-cold temperatures, the chemical properties of materials are altered, including strength, thermal conductivity, elasticity, and electrical resistance. Experimentation in cryogenics has furthered our understanding of materials science and led to the development of new technologies. Because heat is created by molecular motion, at cryogenic temperatures materials are in as highly ordered and static a state as possible.

Cryogenics dates all the way back to 1877

The dawn of cryogenics can be attributed to Swiss Physicist Rasul Pictet and French Engineer Louis P. Cailletet. Independent of each other, both researchers managed to cool oxygen to the point at which it became liquid in 1877. However, each of them used different methods to get there. In cryogenics, liquid gases at or below -238° F (-150° C) can be used to freeze other materials.

Cailletet liquified oxygen using a process known as adiabatic expansion. This is a thermodynamic process which occurs without transferring heat or mass between the system and its surroundings. An adiabatic process transfers energy to the surroundings only as work.

Pictet took a different path and used the Joule-Thompson Effect. This effect describes the temperature change of a gas or liquid when it is forced through a valve or porous plug while keeping it insulated so that no heat is exchanged with the environment.

Both researchers were able to cool oxygen to the point at which it became liquid at the temperature of 90 Kelvin (EN. 0 Kelvin is absolute zero and 273 Kelvin is approximately the freezing point of water at sea level). Soon after the breakthrough, other researchers began using similar techniques to experiment with super-cold temperatures.

Over the following years, scientists managed to liquefy helium (4.2 K), nitrogen at (77 K), and hydrogen (20 K). In 1911,  superconductivity — the characteristics of some supercooled metals to lose all resistance to electricity — was discovered. In the 1920s and 1930s, researchers were able to reach temperatures close to absolute zero. By the 1960s, laboratories were able to produce temperatures of 0.000001 K, a millionth of a degree Kelvin above absolute zero.

Have we ever frozen something at absolute zero? No, this, in theory, is impossible. Thermodynamics says we can approach very close to absolute zero but not actually reach it. Cryocoolers, dilution refrigerators, and nuclear adiabatic demagnetization, and laser cooling have allowed researchers to reach temperatures as close as a billionth of a Kelvin.

Cryogenics picked up steam at the start of the 20th century as researchers started to supercool metals and discovered superconductivity. Superconductivity is the lowering of electrical resistance in various solids when they are cooled below a specific temperature. Discovered in 1911 by the Dutch physicist Heike Kamerlingh Onnes, the scientists found that the electrical resistivity of a mercury wire disappears suddenly when it is cooled below a temperature of about 4 Kelvin.

Superconducting materials have laid the foundation for the development of medical magnetic-imaging devices, magnetic energy-storage systems, motors, generators, transformers, computer parts, and very sensitive devices for measuring magnetic fields and voltages or currents. Onnes was later awarded a Nobel Prize for his discovery.

Cryobiology is a branch of biology that studies the effects of low temperatures on living things. Researchers in cryobiology have used the science of cryogenics to study proteins, cells, tissues, organs, and entire organisms. The cold-adaption of microorganisms, plants, animals, and vertebrates is a common area of study.

In medicine, scientists are also exploring the cryopreservation of cell tissues and embryos used in in-vitro fertilization, lyophilization (aka. freeze-drying) of pharmaceuticals, and the preservation of organs. One of the most exciting areas of cryobiology is cryosurgery. In this technique, a low-temperature scalpel or probe is used to freeze unhealthy tissue. The dead cells are then removed through normal bodily processes, resulting in less bleeding.

Large amounts of produce that need to travel a great distance are commonly preserved using cryogenic techniques. Food items are rapidly sprayed with liquid nitrogen before ice crystals can form and destroy the texture and nutritional value of the food. This helps keep the food fresher for longer. Cryogenic freezing is also often used in large-scale food processing industries or when food is transported.

Perhaps the most common commercial use of cryogenic gas liquefaction is for the storage and transportation of liquefied natural gas. This gas is a mixture of highly combustible gases, including methane, ethane, and others. The natural gas is liquefied at 110 K, causing it to contract to 1/600th of its volume and making it compact enough for economical transport in specially insulated tankers.

Experiments in space that use infrared, gamma-ray, and x-ray detectors tend to operate at cryogenic temperatures. By cooling these detectors to these low temperatures, astronomers can increase their sensitivity. It is common to use cryogenics to reduce the thermal emissions of a telescope, permitting very faint objects to be seen. Cryogenics is also used frequently to preserve samples from experiments from the International Space Station and other materials retrieved from space.

Finally, liquid hydrogen, liquid oxygen, and liquid methane are commonly used as propellants for rockets. NASA’s workhorse Space Shuttle used cryogenic hydrogen/oxygen propellant to get itself into orbit. These propellants are used because they offer engineers a very high specific impulse or thrust per unit mass of fuel consumed.

Could cryonics bring you back to life?

It is a shakey science, at the very least. Cryonics is the technique of stor­ing human bodies at extremely low temperatures with the hope of one day reviving them and curing whatever killed them in the first place. The concept has attracted thousands of people around the world. Highly controversial, to say the least, these organizations collect your body immediately after you are declared legally dead and preserve it in a cryogenic tank, with the hopes that there will come a time when technology can bring you back to life.

There have been reported stories of people falling into a frozen lake submerged for up to an hour in the frigid water before being rescued, surviving after being resuscitated. The icy water was able to slow their body functions, putting their body into a sort of suspended animation, slowing down their metabolism and brain function to the point where they needed almost no oxygen. Huge proponents of cryonics believe something similar could be possible in the future. At the moment, for about $150,000, you can sign to have your body stored at a cryonic facility. What does science say? We don’t have tangible results yet, so chances are, your money is better off serving other purposes.

The technology is still in its infancy. Furthermore, scientists have never successfully revived anyone from their “cryonic hibernation”. Even simply warming up a body after cryogenically freezing poses the risk of permanently damaging the cells of the body.

As you have learned today, cryogenics plays a vital role in a lot of important processes and research. Just don’t expect it to make you immortal anytime soon.