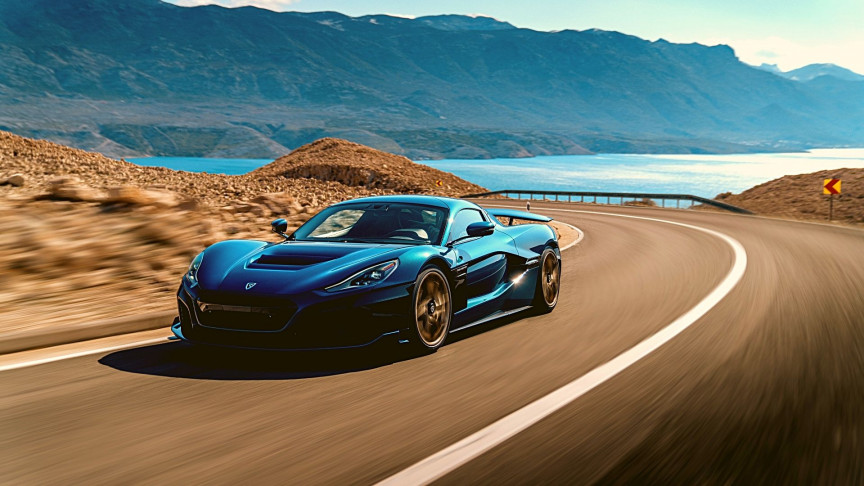 If you have deep pockets, the future of all-electric hypercars is now your personal playground.

The new Rimac Nevera was officially unveiled on Tuesday, representing the next step after the C_Two concept, and it’s difficult to look away.

As an all-electric hypercar stuffed with cutting-edge technology, the new vehicle is already making waves, but what lies under the hood is changing the game in high-performance vehicles, according to a press release from Rimac.

The Rimac Nevera takes its name from a peculiar storm that spontaneously forms above the open sea of Croatia, which is powerful and frightening as it convulses lightning bolts across the roiling water. And with 1,914 horsepower (HP) and 1,740 lb-ft (2,360 Nm) joined with four permanent magnet motors, the name is apt. All told, the new vehicle weighs 4,740 lbs (2,150 kg).

The company, Rimac, clocks the Nevera’s zero-to-60 mph (roughly 100 km/h) sprint takes only 1.85 seconds, and if you keep the pedal pressed firmly down, it will zoom up to 258 mph (412 km/h). The company also claims Nevera’s elapsed time for a quarter-mile is 8.6 seconds, barreling from zero to 186 mph (300km/h) in just 9.3 seconds, which is 2.5 seconds faster than initial projections for the novel vehicle. It’s powered by a 120 kWh battery pack that’s also integral to the vehicle’s structure, and keeps cool with water. But we don’t yet know whether its maximum rate of charge sets any records, but it’s fair to guess it won’t be slow. After such a theatrical introduction, a slow-charge time would be very anticlimactic.

With impressive power and torque capabilities, it wouldn’t come as a surprise to learn that the Rimac is difficult to handle. But with a proprietary All-Wheel Torque Vectoring 2 (R-AWTV 2) system, the Rimac Nevera takes a step above traditional traction control systems. The new one was created to enable a “new level of drivetrain calibration and depending on the driving mode selected, the R-AWTV 2 technology can enable the Nevera to be drifted sideways or provide optimum levels of all-wheel-drive grip, traction and safety — no matter how challenging the road and weather conditions,” said Rimac Test and Development Driver Miroslav Zrnčević, in the company press release.

“Thanks to a four-individual-motor drivetrain, the driver can also change the torque distribution, and personalize the performance delivery even further, for a completely bespoke drive — ranging from front to rear wheel drive biased car,” added Zrnčević. And with a pair of 390-mm Brembo carbon-ceramic brake disks, compounded by a regenerative braking system, the Nevera has a lot of stopping power. The blended braking system allows it to detect when the disks get too hot, and automatically turns up the regenerative capabilities to provide powerful deceleration in a flash.

The Rimac Nevera also comes with an AI Driving Coach, which the company claims was designed to track drivers via “accessing 12 ultrasonic sensors, 13 cameras, 6 radars, and the very latest NVIDIA Pegasus operating system, the Rimac Driving Coach adds an additional, immersive experience behind the wheel,” according to the press release. “The system overlays selected race circuits in real-time, offering clear and precise audio and visual guidance, to enable drivers to perfect their racing lines, braking and acceleration points and steering inputs.”

The Rimac Nevera will sell for roughly $2.44 million (€2 million), and will enable vast customization abilities — but these are just what Rimac says. And, with only 150 vehicles offered in multiple editions (GT, Timeless, Signature, or Bespoke), people with unconscionable sums of wealth will need to act fast to secure a buy of one of the most impressive all-electric vehicles ever made.