The Reason Why Cancer Cells Waste So Much Energy 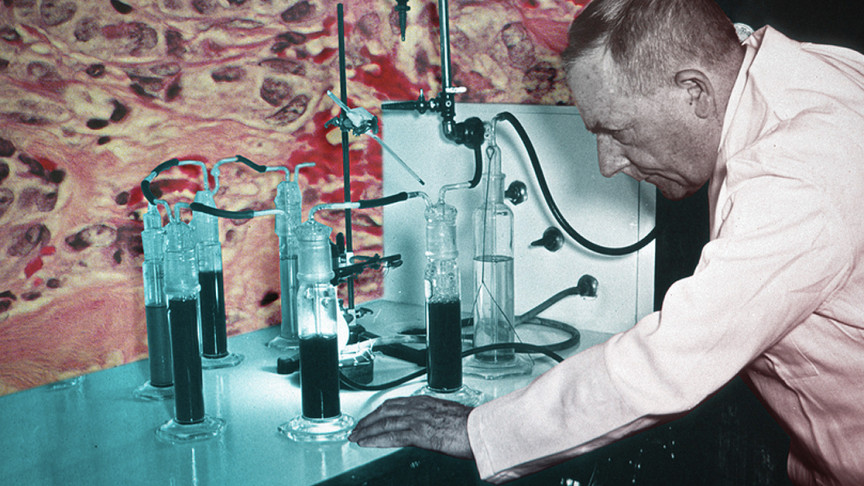 Researchers from the Massachusetts Institute of Technology might have found a possible answer to a cancer paradox that has puzzled scientists worldwide for a century.

The longstanding question, why cancer cells don’t get their much-needed energy from metabolizing sugar the same way that healthy cells usually do, was discovered by German chemist Otto Warburg in the 1920s. This finding, named Warburg effect after its discoverer, was rather bizarre since cancel cells seemed to use a much less efficient pathway.

The study by MIT researchers, which was published in Molecular Cell, has provided a possible explanation by showing that this metabolic pathway, also named fermentation, helps cancer cells to regenerate large amounts of a molecule called NAD+, which they need to synthesize DNA and other important molecules.

Manipulating the NAD+ production with experiments

“This has really been a hundred-year-old paradox that many people have tried to explain in different ways,” says Matthew Vander Heiden, an associate professor of biology at MIT and senior author of the study. “What we found is that under certain circumstances, cells need to do more of these electron transfer reactions, which require NAD+, in order to make molecules such as DNA.”

The team conducted tests to see what would happen if they suppressed cancer cell’s ability to perform fermentation in the first place. As also seen by other researchers in other studies, it was first seen that blocking fermentation slowed down cancer cells’ growth.

Next, while still blocking fermentation, they tried to understand how they can repair the cells’ ability to proliferate. In one experiment, they got the cells to produce NAD+, which is a molecule that helps cells to get rid of the extra electrons that are removed when cells make molecules such as DNA and proteins.

Why did cancer cells make the switch?

The interesting finding of the study came up when they stimulated NAD+ production by treating the cancer cells with a drug. It was seen that cells started proliferating again quickly even though they still couldn’t perform fermentation, leading researchers to theorize that when cells are growing rapidly, they need NAD+ more than they need ATP. Especially during aerobic respiration, the accumulation of ATP can slow down respiration and NAD+ production at the same time.

Scientists are saying that this is the reason why the cancer cells made the switch. This less efficient method of producing ATP and generating more NAD+ in return helps them to grow faster, as it was seen that fermentation allowed them to generate NAD+ in an uncoupled way.

“Not all proliferating cells have to do this,” Heiden said. “It’s really only cells that are growing very fast. If cells are growing so fast that their demand to make stuff outstrips how much ATP they’re burning, that’s when they flip over into this type of metabolism. So, it solves, in my mind, many of the paradoxes that have existed.”