The Promise of 5G, From Autonomous Tractors to Remote Surgery 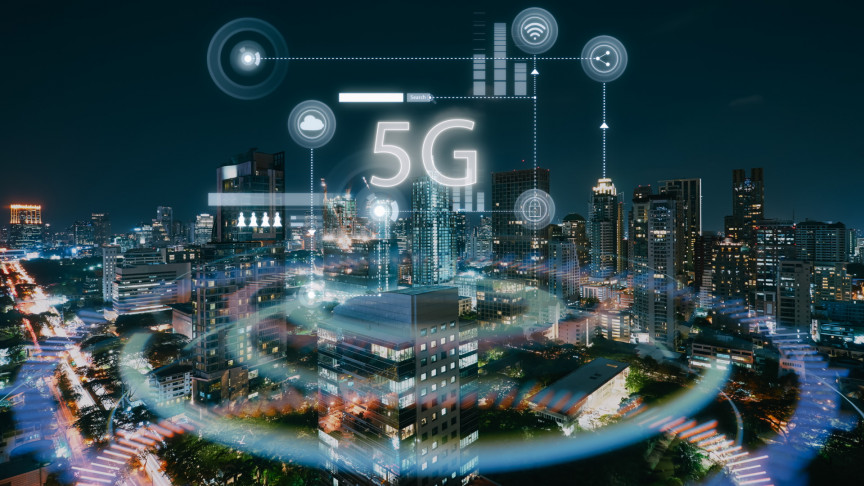 What good is a smart toaster if it can’t connect to the network?

CES 2022 is packed with tech that needs lightning-fast connection to the internet. That’s one reason why so many people at the trade show in Las Vegas are laser-focused on 5G. A handful of industry leaders got together at the conference to discuss the opportunities and challenges of making tech that works with the new global wireless standard.

The panel discussedhow 5G is expected to transform tech innovation — and how federal, state, and local policy can create the right conditions for success.

A particular hit at this year’s CES is John Deere’s new technology that can make its 8R tractors autonomouse. The units use six pairs of cameras and artificial intelligence to determine the tractor’s position within a farm field to one inch (2.5 cm). It can stop if it detects an animal or object lying in its way. The system will also gather data about the soil as it works. That information will be used to tweak its algorithms, helping to improve performance and provide farmers with new insights on how to best work their land.

The company has yet to announce whether the autonomous units will be sold directly or offered for lease or by subscription. John Deere’s Kovar pointed out that rather than being just a farm equipment manufacturer, Deere is actually a technology company that is helping farmers increase their outputs, lower their costs, and increase sustainability.

Farmers can monitor their autonomous tractor’s status from their mobile device using the John Deere Operations Center mobile app, which provides live data, video, images, and metrics. This allows a farmer to adjust the tractor’s speed or the depth of soil penetration, and the Operations Center will provide feedback to farmers on crop yields, helping farmers do more with fewer resources, and informing decisions they must make for the coming year.

According to Kovar, connectivity is at the heart of this autonomous effort, and 5G will play a large role is its success. But, while broadband coverage is good in cities, rural broadband already lags far behind, especially in farming areas.

The 5G panel discussed the need to free up additional spectrum to support the 5G rollout, and the need to balance both licensed and unlicensed spectrum. Ramzanali raised the issue that when spectrum is auctioned off in large blocks, smaller companies can be left out of the process due to the high cost of spectrum. The panel also discussed which bands of spectrum should be cleared and how the they might be shared.

Current standards are created by the 3rd Generation Partnership Project (3GPP). This is an umbrella organization for several standards organizations, and it develops protocols for mobile telecommunications. It has developed standards for GSM and 2G and 2.5G standards, UMTS and 3G standards, LTE and 4G standards, and now 5G standards.

The push for industry standards for the radio-access segment of cellular networks can be seen in the Open RAN initiative. This is particularly relevant in the creation of 5G networks. Ramzanali and Godfrey described how open interfaces are increasingly replacing equipment from single providers and they described how Virtual RAN, comprised of both hardware and software, is replacing purpose-built hardware, making it operate more like a computer server.

The Open RAN Standard can also help with national security concerns because it can protect against hardware tampering.

Signed on November 15, 2021, the Infrastructure Investment and Jobs Act allocates $65 billion to improve broadband internet access in rural areas across the U.S., and to and make broadband more affordable for lower-income households.

Up until now, providing rural broadband has not been financially feasible for mobile carriers. The bill seeks to close the digital divide, providing broadband to everyone, and it will be administered by the National Telecommunications and Information Administration (NTIA), which is part of the U.S. Department of Commerce. In May 2022, NTIA will publish guidelines for individual states on how to apply for grant money.

In 2020, at the Federal Communication Commission’s (FCC) auction of citizen’s band (CBRS) spectrum, which is in the 3.5 GHz band, John Deere bought several 5G licenses in counties in Iowa and Illinois. Deere is currently using this spectrum to help automate its factories, and the CBRS band is also good for rural broadband.

The FCC has yet to announce who bought spectrum in the 3.45 – 3.55 GHz range, which sits right below CBRS, at a recent auction, however that auction raised a staggering $22.5 billion. Samsung’s Godfrey pointed out that, currently, the 3.15 – 3.45 GHz band is mostly used by the U.S. military, but it could be shared.

Panel participants also touched on the agreement two days ago between Verizon and AT&T, and airlines and aviation unions, to delay the rollout of 5G within the C-band spectrum by two weeks. The C-band also includes spectrum that is used by weather radar and autonomous vehicles. The airlines and unions had concerns that 5G would interfere with aircraft electronics.  The delay is intended to allow time for regulators, airlines and wireless carriers to explore at ways of minimizing the potential impact of interference on flight operations.

The panel pointed out that this issue falls within the purview of the National Telecommunications and Information Administration (NTIA), but that the agency is currently without a leader because the Senate has been slow in confirming Alan Davidson as NTIA Administrator.

The Secure Equipment Act was signed in November 2021 to deal with national security treats in telecommunications. It will be fully implemented in around 10 months. The act dictates that telecommunication equipment must come from a list of approved manufacturers.

The panel felt that mid-band spectrum will make new services available to enterprise users, such as farmers, and to healthcare facilities, factories, and transportation providers. 5G offers the possibility of services we can’t even imagine yet, such as augmented reality and full-resolution video, which will make it seem more like you’re in the same room with someone.

When asked to state their favorite 5G use case, panel members responded with: self driving tractors, telepresence, autonomous vehicles, and remote surgery.