The OnePlus 8 and 8 Pro are coming next week, here’s how much they cost 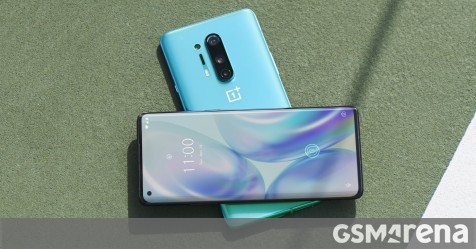 The prices of OnePlus phones have crept up over the years, but the same can be said of competing flagships. The latest generation is the most expensive yet, however, the company has kept them all under $1,000, even for the Pro version with 256GB storage.

The OnePlus 8 and 8 Pro will be available on open sale in the US starting on April 29. You will be able to get one from OnePlus.com, Amazon and from carriers Verizon and T-Mobile.

Note that Verizon has exclusivity on a OnePlus 8 version with mmWave 5G and Polar Silver color. Verizon wont offer the 8 Pro, only the vanilla model with 8GB of RAM and 128GB storage. Its not clear if unlocked OnePlus 8 and 8 Pro phones will work on its LTE network, let alone its 5G network.

Across the pond, the phones will be available through the companys online store as well as retailers like John Lewis (which revealed the phone a bit early). Open sales start on April 21.

In Germany, the phones will be available from retailers like Otto with the price of the fully-loaded OnePlus 8 Pro bumping up against the 1,000 mark.

Is the price premium worth it? Check out our OnePlus 8 Pro and OnePlus 8 hands-on reviews for more details on the phones (including plenty of camera samples).