The New Internet Is About to Arrive 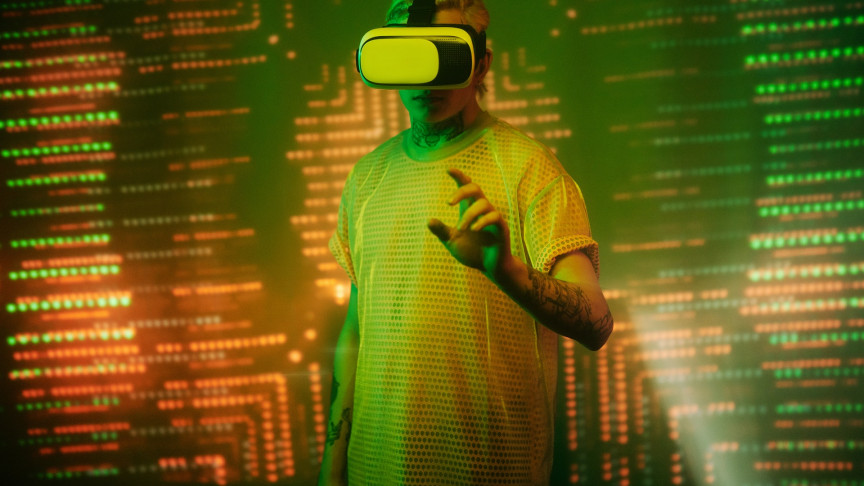 The emergence of blockchain-based technologies such as cryptocurrency, NFTs, metaverse, blockchain, and distributed ledger technology, etc is being seen as the herald of a new era of the internet — a more transparent and open version of the web that would be collectively controlled by users, instead of tech giants like Google and Facebook.

Some experts believe this decentralized Web, which is also referred to as Web 3.0, will bring more transparency and democratization to the digital world. Web 3.0 may establish a decentralized digital ecosystem where users will be able to own and control every aspect of their digital presence. Some hope that it will put an end to the existing centralized systems that encourage data exploitation and privacy violation.

The ideas and conflicts that led to Web 3.0

In 1999, Tim Berners-Lee introduced the term Semantic Web, an evolved version of the existing internet that would be mostly run by “intelligent agents” or machines that could process content in a human-like way. Berners-Lee and others described this vision in the May 2001 Scientific American article “The Semantic Web”,  as, “an extension of the current web in which information is given well-defined meaning, better-enabling computers and people to work in cooperation.”

Recent developments suggest that Web 3.0 may not be exactly like the Semantic web suggested by Tim Berners-Lee, but it has been described as a leap forward to open, trustless and permissionless networks.

Back when Berners-Lee founded the World Wide Web, he envisioned the web as serving as an open information center; a universal space that is not controlled by a central authority, so that anyone could access it without any permission. Some experts suggest that Web 3.0 is a return to the original internet idea that was envisioned by Tim Berners-Lee.

More than 30 years have passed since the World Wide Web first came into existence, and over this course of time, the world of the internet has gone through various stages of development. There is no textbook definition of Web 3.0, but by going through these stages, you can have an idea of how Web 3.0 may shape the future of the internet experience.

This was the earliest version of the internet which was developed beginning in 1989. This early Internet was mostly composed of web pages joined together by hyperlinks. It is also referred to as the “read-only” web – it was not interactive in any significant sense, and much of the user input took place offline. Individual web pages were static pages that were hosted on web servers run by internet service providers. People used this Web 1.0 mostly to read about things, get updates or use linear text chat. Perhaps surprisingly, running advertisements were banned.

Web 2.0 emerged around 1999 as a result of the emergence of social media platforms, digital advertising, blogging, and various other services that allowed users to interact with the internet. Web 2.0 does not refer to any specific technical upgrades to the internet but to a shift in how the Internet is used. From a read-only platform, the internet turned into a place for content creation and interactive experiences.

The launch of the iPhone in 2007 popularized mobile internet access that allowed us to stay always connected. However, Web 2.0 also meant that in addition to allowing us to add information to the web, the web is also collecting information from us. It can monitor our location, shopping preferences, financial transactions, etc.

There is no doubt that during this era, the internet has become more useful, interactive, and an essential part of our lives, but this has also led to the centralization of the web.

It has created new ways of organizing and connecting to other people and promoted a greater degree of collaboration. But it has also opened up new opportunities for online stalking, cyberbullying, doxing, spreading misinformation, identity theft, and more.

Some blame this on the fact that most of the internet services we use today are controlled by tech giants like Google, Microsoft, Amazon, and Facebook. Users have little control over how their data is used and there have been many allegations against these billion-dollar companies (as well as the many smaller companies that proliferate on the web), suggesting that they manipulate users, exploit their data for profit, and pose a grave threat to democracy and freedom of speech.

Recently, Frances Haugen, a data engineer, and scientist, and former product manager at Facebook turned whistleblower, accused the company of deliberately not taking action against the spread of hate and misinformation on its social media platforms. In an interview with CBS, Haugen said, “The thing I saw at Facebook over and over again was there were conflicts of interest between what was good for the public and what was good for Facebook. And Facebook, over and over again, chose to optimize for its own interests, like making more money.”

Although Facebook has argued against Haugen’s claims, this is not the only time big tech has faced accountability for its actions. There have been multiple reports about Amazon’s over-aggressive business strategies, Facebook’s privacy violations, and Google’s use of artificial intelligence which raise big safety concerns associated with Web 2.0.

This is also the reason why many blockchain technology experts consider Web 3.0, a safer, and much-needed version of the internet.

Web 3.0: The internet of tomorrow

John Markoff, a reporter at The New York Times coined the term Web 3.0 in 2006. Web 3.0 is in many ways a return to Berners-Lee’s original idea of the Semantic Web, where no permission is needed from a central authority and there is no central controlling node.

Where Web 2.0 was driven by developments in mobile internet, social networks, and cloud computing, Web 3.0 will be built on new types of technological innovation, including edge computing, decentralized data networks, blockchain, and artificial intelligence.

Though we are yet to witness a full transformation to Web 3.0, tech experts and blockchain enthusiasts have been making some promising predictions about how the internet in the future might look. Here are some of such interesting assumptions:

Nobody can confirm when exactly we would be able to see a fully-fledged Web 3.0, but there are some online communities like the Web3 Foundation, Ethereum Network, Polkadot, etc. who are currently working on different projects aimed at bringing Web 3.0 to life.

However, experts suggest that the Web 3.0 architecture will require a lot of additional resources and infrastructure, and it’s not going to be an easy task to create an ecosystem that could end the monopoly of the big tech, or expect Big Tech to just let that happen. Facebook’s recent announcements regarding transitioning its business to the metaverse indicate that we may get to Web 3.0 and find it is also controlled by the same players as Web 2.0.