The Metaverse is Taking Over the Physical World 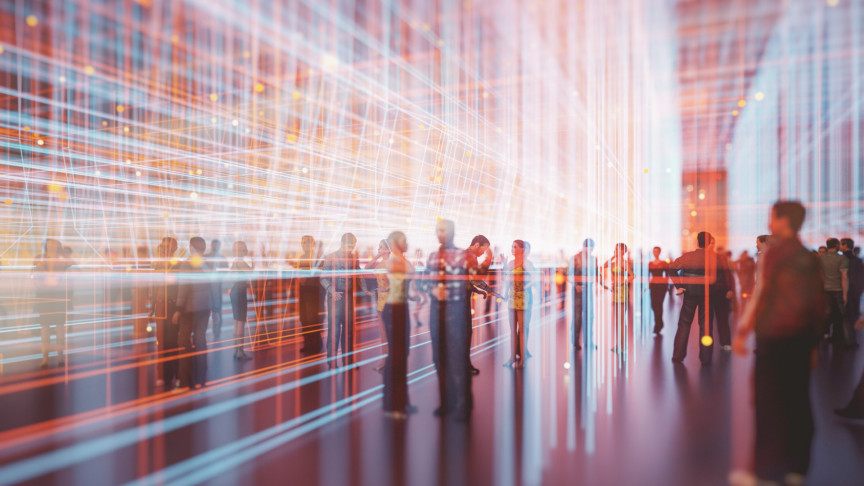 Imagine a place where you could always stay young, name a city after yourself, or even become the president — sounds like a dream? Well, if not in the real world, such dreams can definitely be fulfilled in the virtual world of a metaverse. The metaverse is believed by some to be the future of the internet, where apart from surfing, people would also be able to enter inside the digital world of the internet, in the form of their avatars.

The advent of AR, blockchain, and VR devices in the last few years has sparked the development of the metaverse. Moreover, the unprecedented growth of highly advanced technologies in the gaming industry, which offer immersive gameplay experiences, not only provides us a glimpse of how the metaverse would look like but also indicates that we are closer than ever to experience a virtual world of our own.

What is the metaverse?

A metaverse is a group of persistent, shared 3D virtual environments where you (in the form of your digital avatar) can visit places, shop for products, subscribe to services, work with your colleagues, play games, and even customize the scenes around you to meet your personal tastes and requirements, and the digital assets you own. So essentially, a metaverse is a virtual world or worlds, that would allow you to go inside the digital world — to be in rather than on the digital space.

In the coming years, I expect people will transition from seeing us primarily as a social media company to seeing us as a metaverse company.

The concept of a metaverse has been depicted in The Matrix, Pokemon Go, Minority Report, Ralph Breaks the Internet, Black Mirror, and countless other movies, video games, and TV shows. However, people still await to experience an immersive metaverse in the real world. Interestingly, companies like Facebook and Microsoft have already announced million-dollar plans directed towards the creation of the metaverse.

A brief history of the metaverse

The idea of a metaverse was first introduced in 1994’s Snow Crash, a sci-fi novel, and now cult classic, written by American writer Neal Stephenson. In his book, Stephenson defined the metaverse as an advanced stage of the internet — a virtual alternative to physical reality. The next year, a company named ActiveWorlds Inc. launched Active Worlds, an online virtual world based on the metaverse discussed in Snow Crash.

Prior to the release of Stephenson’s novel, virtual environments similar to the metaverse had already appeared in some MMORPGs (massively multiplayer online role-playing games) and in other novels based on retro-futuristic themes, but none of them had discussed the metaverse with such clarity as Snow Crash.

From 1998 to 2004, companies like There Inc., blaxxun interactive, Linden Labs, and IMVU came up with their own, different 3D virtual worlds, games, applications, and online social networking websites. These platforms provided users with virtual avatars which could interact, play, and buy objects within their virtual environments, using digital currencies and rewards.

Out of all such platforms, Second Life from Linden Labs has turned out to be perhaps the most highly successful application based on the concept of the metaverse. As the name suggests, users can live a second virtual life in the game, and participate in different activities that occur only in the metaverse of Second Life. Launched in 2003, the game is still active and played by hundreds of thousands of users across the globe.

The technology was later implemented by other institutes in the US as well including Stanford University, Louisiana State University, and many others. Moreover, the United States Department of State used Vmerse to guide foreign students about the admission process in American universities.

Google also launched (in Beta) an online virtual environment in July 2008 called Google Lively. This service allowed people to chat, watch photos and videos in a virtual room, and the design of the room could also be customized according to the user’s preferences. However, Google Lively was shut down on December 31, 2008, as it failed to attract users and didn’t turn out to be profitable for Google.

In the last 10 years, numerous other 3D applications and games (Fortnite, Minecraft, etc.) were launched by High Fidelity Inc., Sinespace, Facebook, Epic Games, Sorilax, and many other brands, for providing an improved metaverse experience.

How metaverse is overpowering the real world?

Although there is still some time until people get to experience a true metaverse, as shown in the movie Ready Player One, metaverse-based technologies have already started to influence reality and there are strong reasons to believe this:

The unrestricted flow of NFTs and cryptocurrencies in metaverse-based immersive games is taking the shape of a virtual economy (also referred to as metanomics). A report reveals that around 2.5 billion people are involved in trading activities that are taking place in different metaverses around the globe. Such numbers seem powerful enough to bring drastic social, technological, and economic changes in the real world.

Future of the metaverse

Even if you combine the total sales made by Hollywood, the music industry, and other film industries around the globe, the figures still won’t be enough to match the revenue that the gaming industry generates alone. Moreover, by the year 2030, the AR and VR industry is expected to boost the global GDP by $1.5 trillion.

These impressive market figures, the growing interest of the big tech in the metaverse, and the surge in the demand for augmented reality-based devices indicate that in the coming years, our world is likely to get more involved in the virtual world. However, a true metaversal experience, where a human could no longer tell the difference between the real and the virtual world, is a feat that is yet to be achieved.

Perhaps that is for the best, after all, Snow Crash is hardly a utopian novel. *spoiler alert* A brain-eating virus ends up being spread through the Metaverse *end of spoiler alert*. When Vanity Fair recently asked Stephenson about the prospect of social media tech giants bringing his idea to life, he apparently offered a “low laughter and a very, very, very long pause.”