The Lockheed Martin F-22 Raptor Takes to the Skies 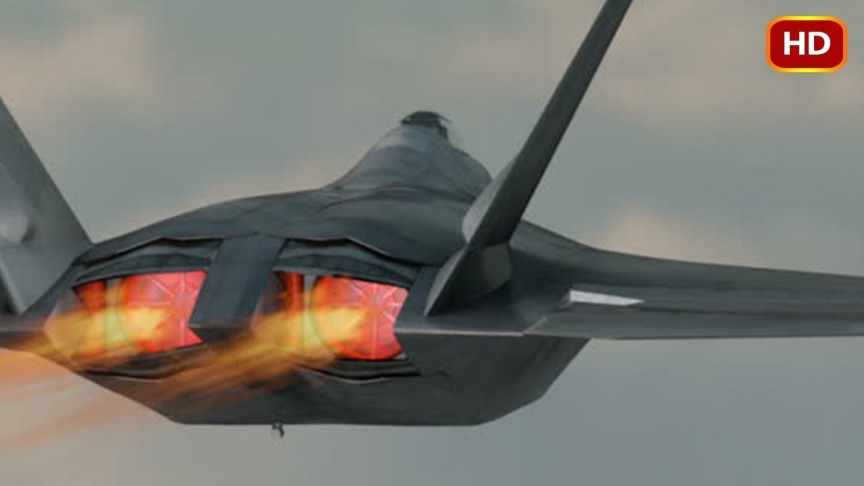 The Lockheed Martin F-22 Raptor is used in both surveillance and combat missions. It is extremely fast and agile and is among the top performing aircraft in the world.

The Lockheed Martin F-22 Raptor is among the world’s most powerful and dangerous aircraft. The high tech plane formally became an integral part of the United States Air Force in 2005. The plane carries just one pilot and is capable of hitting a maximum speed between Mach 1.82 and Mach 2.

This eleven-minute video shows just how incredible this piece of technology is.

Starting with the bizarre takeoff procedure, the video goes on to show the plane’s powerful takeoff. Then follows the aircraft as it goes through a variety of maneuvers. The plane is used as both a surveillance tool and a combat weapon. Newer versions of the plane have an additional technology called Synthetic Aperture Radar, or SAR. SAR uses electromagnetic signals to provide an image of render of the ground below.

This additional knowledge assists pilots with more accurate target identification. It works by sending down a ‘ping’ to the ground and then reading the return signal to build a data set that calculates the characteristics of the surface below. The plane was developed and manufactured by Lockheed Martin in collaboration with Boeing.

One hundred and ninety-five planes were built by 2020. Eight of these were test models with the other one hundred and eighty-seven being operational aircraft.