The Lenovo Legion will have the most powerful speakers put on a phone, says new teaser 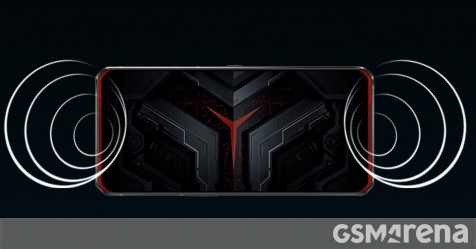 The Pro model of the Lenovo Legion will have the most impressive audio system of any phone so far, says General Manager Chen Jin. He specifically called out the Xiaomi’s Mi 10 Pro and Black Shark 3 Pro, saying that the Legion’s speakers will have a nice symmetrical layout and will be tuned better.

The Legion will feature two forward-firing speakers with large cavities – 1.4 cc – and will have an all-metal construction. Check out the teaser video below for a demonstration of their power.

The two speakers will be able to produce spatial sound, which is vital in games as the direction of sounds can give away your opponent’s position. Normally, you need to wear headphones to get a good sense of direction from the game audio.

The two phones will also feature two X-axis linear motors, which will further enhance the experience with strong haptic feedback.

A previous leak mentioned that the vanilla Lenovo Legion will have powerful speakers as well, so it’s not clear if this system will be exclusive to the Pro or if both models will have it. Both will feature 144 Hz screens, S865+ chipsets and 90 W fast charging (enabled by two USB-C ports).