The iPhone 13 Will Reportedly Have Satellite Connectivity 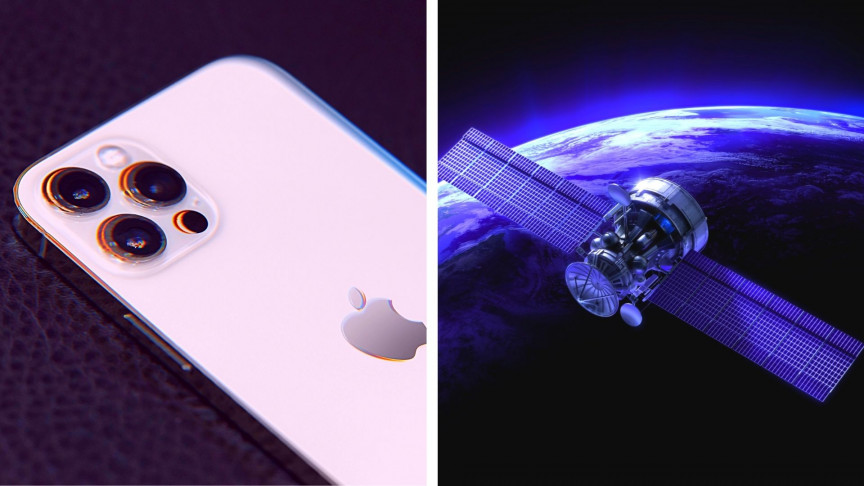 Apple’s iPhone 13 is packed with new features, one of which will enable users to send texts and make calls in regions lacking any reasonable levels of cellular coverage, according to a recent note from Ming-Chi Kuo, in a MacRumors report.

In other words, your iPhone is about to go orbital.

Apple may partner with Globalstar for satellite iPhone coverage

The new hardware will come in a handset that allows the iPhone 13 to communicate with low-Earth orbiting satellites, which means your calls and texting behavior can carry on in regions that lack 4G and 5G coverage, said Kuo to investigators in the MacRumors report. The forthcoming smartphone will also likely employ a Qualcomm X60 baseband chip, which is the device that reportedly supports satellite connections. This kind of next-gen feature would give iPhones a special level of appeal for consumers living in places with underwhelming cellular service, in addition to travelers who often venture into remote areas (at the risk of losing communication with the outside world). This comes on the heels of years of increased visibility of low-Earth orbit-based (LEO-based) satellites launched by Elon Musk’s SpaceX, which aims for the activation of a novel broadband service capable of functioning anywhere on the planet.

However, SpaceX isn’t alone in its aims to build a constellation of internet satellites in orbit. In the note, Kuo suggested that Globalstar, a LEO satellite communications service provider, is a firm that’s “most likely to cooperate with Apple in terms of technology and service coverage.” Globalstar has used dozens of satellites to support voice services at LEO for a number of years, which, at the very least, makes it more experienced than SpaceX in this regard. But while SpaceX’s nascent service aims to provide constant coverage for casual use, another report from Bloomberg suggests that Apple’s iPhone 13 satellite communication capability is only intended for emergency scenarios.

The Bloomberg report also cited sources who claimed Apple’s approach to iPhone connectivity might be more limited than SpaceX’s. One known feature, dubbed Emergency Message via Satellite, enables users to make a text to emergency services and contacts when and where there’s no cellular network by patching into a satellite network. These emergency messages will have a length limit, and show up in a gray bubble, instead of the conventional green for SMS messages (or blue for iMessages). Reportedly, these special texts will even push through Do Not Disturb mode turned on, which might increase a user’s chances of getting a message through when time is crucial. The feature will also ask for clarification about the nature of the emergency, according to Bloomberg. “The phone will ask what kind of emergency is happening, such as whether it involves a car, boat, plane, or fire,” read the report. Users will also have the option to send location and Medical ID information, the latter of which may be set up in the iPhone’s Health App.

It’s been decades since personal cellular phones had direct satellite access, but the iconic mobile phones of the 80s and early 90s were typically neither internet-capable, nor did they fit in your pocket (some of them were probably bigger than your laptop, and far heavier). Since the advent of smartphones, communications have centered around cellular towers, which then connect to wider networks that are in contact with satellites, if the call requires a trip around the world (although trans-Atlantic lines can also ferry messages across the bottom of the ocean). While Apple’s iPhone 13 may not be a full-service satellite device, the ability to make emergency texts from isolated or remote areas will surely attract some rural consumers to which SpaceX aims to provide internet coverage. Time will tell what norms for phone connectivity in low-coverage areas will take the cake, in the coming years.