The Internet of Senses: Any Flavor You Want 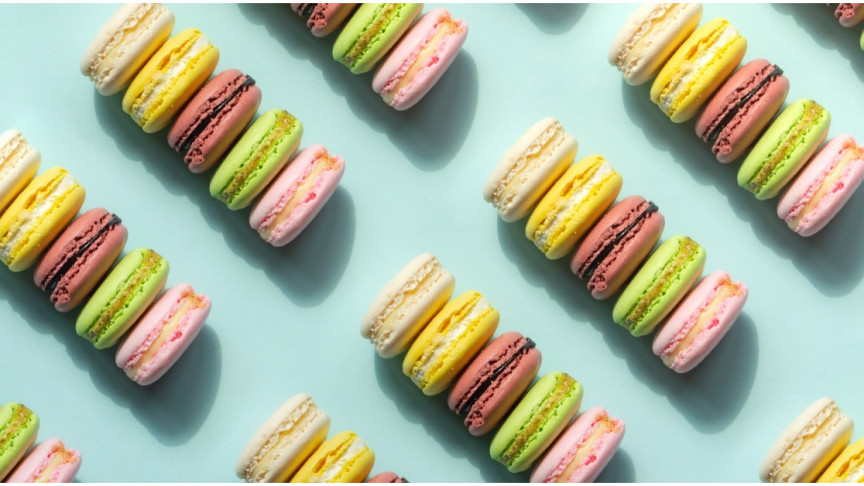 How would you like to have the ability to share what you taste with your friends? By 2030, 38 percent of consumers anticipate that this will be possible. The consumer predictions about the Internet of Senses (IoS) are among the highlights in the ninth edition of the Ericsson ConsumerLab Hot Consumer Trends report.

The report is based on data from an online survey of 46 million early technology adopters, and on Ericsson ConsumerLab‘s global consumer and industry research activities in 15 cities around the world. The research was conducted in collaboration with renowned industry organizations and world-leading universities.

According to Ericsson Research, consumers expect an array of beneficial services from connected technology interacting with their senses of sight, sound, taste, smell, and touch to become a reality by 2030.

The human taste buds produce powerful, personal experiences. By using digital technology, the Internet of Senses (IoS) is going to enhance them. Forty-five percent of consumers predict a device for your mouth that digitally enhances anything and everything you eat, so that any food can taste like your favorite treat, or like something you have never tasted before.

A digital device in your mouth will enhance anything you eat

Video data accounts for the most online traffic today. But seeing is not always believing — looks can deceive. That is why, as newcomers to the physical world, babies learn about an object by instinctively putting it in their mouths.

Could you imagine putting a device in your mouth that digitally enhances the food you eat, so that anything can taste exactly how you want it to taste? According to Ericsson Research, by 2030, 44 percent of consumers surveyed expect this to be possible.

Thinking further, this could have great implications on our health and diets. By digitally choosing how we want our food to taste, this could enable us to eat healthy foods we do not like, and yet have them taste like five star restaurant cuisine.

There are other reasons why digitally enhanced food may be useful in the future. According to Peter Fisk‘s Megatrends 2020 to 2030, the global population is expanding rapidly and becoming increasingly prosperous. “This is leading to significant demand for energy, water, and food, which is putting a strain on the traditional, finite resources of the planet.”

Peter Fisk is a bestselling author and professor of leadership, strategy, and innovation at IE Business School in Madrid; Fisk is also the Director and founder of the European Business Forum.

In his Megatrends 2020 to 2030 presentation, Fisk said that according to The United Nations Food and Agriculture Organization (FAO), the global population will surpass 9.1 billion by 2050, at which point they predict the world’s agricultural systems will not be able to supply enough food for everyone. And the UN projects that the global demand for fresh water will exceed supply by 40 percent in 2030, with some cities, like Cape Town, already suffering from water stress.

“In order to meet the increased food demands of the future, the agricultural industry will need to continue to innovate to become more productive with less resources and inputs. Technology is playing a key role via the rising adoption of precision agriculture. Precision variable rate technologies such as one that can detect weeds with sensors and spot sprays could slash herbicide usage by up to 95 percent. McKinsey says that with a 20 to 40 percent adoption rate for precision, agriculture yields could be boosted by 10 to 15 percent globally by 2025.”

If populations around the world will have to eat some non-delicious foods, the Internet of Senses technology can enhance certain weeds to give them the flavor that you want.

Internet of Senses: Taste your memories

There is a direct link between the region of the brain responsible for taste memory and the area responsible for encoding the time and place where the experience of such taste took place. In addition, that taste is associated with memories of being in a location where something positive or negative happened.

More than 4 in 10 consumers expect to be able to taste their memories in the future, accounting to 44 percent of the people who took part in the survey.

The sense of taste greatly informs the way we remember the past. If you think back to your childhood you will almost certainly remember the taste of certain treats, such as popcorn, or home cooking. Perhaps some cookies your grandmother used to bake, or some favorite food you tasted only when you were a child.

If you were to taste something similar again today, the taste of that food would take you back to the past, and your memories would immediately become strong in your mind.

It is not surprising then, that 44 percent of those surveyed forecast the ability to enhance such memories with digital taste going forward. According to the report, pictures from parties and holidays will let you not only see what happened, but also savor the sweet and sour of it all.

Food samples are often popular among customers in grocery stores. People can try a variety of different products and flavors before they make the decision of purchasing a new product.

Many accept a taster even if they are not actually considering a purchase. According to the survey, more than 4 in 10 early adopters expect a revolution in online shopping. This will come as a result after we gain the ability to digitally taste samples from the comfort of our own devices.

Nearly as many consumers surveyed believe there will be TV cooking programs that allow you to experience the taste of the food on screen. In other words, taste as well as smell would add a whole new dimension to cooking shows.

In addition, 4 in 10 surveyed predict that this type of digital sensory information will be financed by advertising. This indicates that our taste reactions are not perceived to be as sensitive as many other kinds of personal data.