The Galaxy S21 loses almost as much as it upgrades. Here’s why 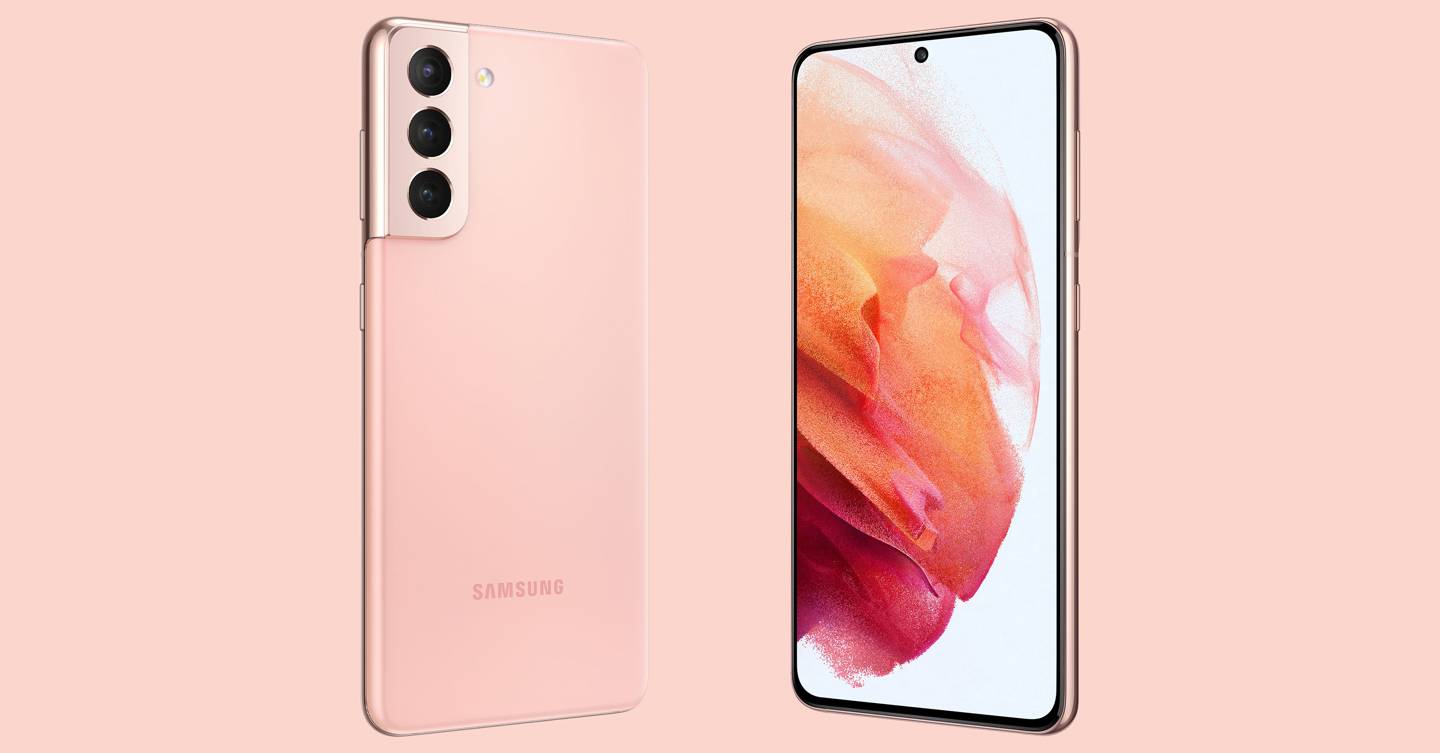 The Galaxy S21 series is no normal Samsung phone launch. There’s three flagship phones again, as expected and a noticeable redesign, sure, and serious camera hardware upgrades for the high-end Galaxy S21 Ultra. But there’s also genuine tech downgrades, an S Pen pinched from the Galaxy Note line, a release date that’s two months early, stuff missing from the box and, steady yourself, a price drop. What’s going on?

It appears that Samsung wants to cling on to its smartphone top spot and is making uncharacteristically sensible spec choices to get there. When we asked why we’re getting the S21 line-up in January this year, a Samsung rep referenced the pandemic and said they’ve seen “the diversity of requirements consumers have for their mobile devices expand”.

Reuters, meanwhile, has reported, per internal Samsung Electronics sources, that the new earlier launch date is designed to eat into Huawei’s market share, while it’s still dealing with the geopolitical and supply chain implications of the 2020 US trade ban. Huawei briefly overtook Samsung in global smartphone sales in Q2 last year and Canalys estimates that while Apple sold 15% more iPhone 11s than iPhone XRs in the US last year, Galaxy S20 sales in the first three months dropped a huge 59 per cent on 2019’s S10 series. In other words, something clearly wasn’t working.

So it looks like Samsung is putting aside the specs oneupmanship in service of… selling more phones. A lot of the creative decisions made on the Galaxy S21 series are squaring the circle of flagship specs, 5G, battery life and keeping prices affordable. The standard 6.2-inch S21 is £769 at launch, and each model is £30-£50 cheaper than last year’s and £30-£50 cheaper than the equivalent iPhone 12. The 6.7-inch Galaxy S21+ is selling for £949, and the 6.8-inch Ultra, £1,149. There’s no 4G option this time either, all are 5G phones.

That’s how you end up with a situation in which the Galaxy S21 and S21+ have lower display resolutions than their predecessors, now Full HD+ screens. Samsung was hell bent on an adaptive 120Hz refresh rate across the range – and it was able to implement 10-120Hz at WQHD+ resolution, and 1,500 nits of brightness, on the Galaxy S21 Ultra, with a slight change to the organic material in the Dynamic AMOLED 2X display.

Samsung points out that users were dropping down to Full HD to use the 120Hz rate anyway and, if we’re being very generous, zero-commute lockdowns (for a proportion of workers) do lend themselves much more to smooth doomscrolling than say, watching hi-res movies on tiny screens when the TV is right there. Mobile gaming could go either way; League of Legends: Wild Rift will introduce 120Hz support “soon”.

A return to flat displays, rather than curved as on the Galaxy S10 and S20 series, is less a rollback and more a response to constructive internet feedback. (If you’re a longtime Samsung user, you tend to get used to the curved screen over time, but hand your phone to a friend and watch them panic.)

One downgrade that’s unlikely to win Samsung favour is its decision to drop its signature microSD support. The Galaxy S21 series now maxes out at 512GB, whereas if you pick up a Galaxy S20 you can get up to 1TB expandable storage. A Samsung spokesperson told The Verge this week that it’s cheap to upgrade to a higher storage model and users can go to cloud storage instead. It’s a familiar spat to the removal of headphone jacks; people like the choice and, as Google did on its Pixel line with the 3.5mm jack, we wouldn’t be surprised if Samsung backtracks on this in future.

Similarly, there will probably be some uproar over the fact that both the charging brick and standard earphones will be missing from the S21 box. Samsung execs pointed to sustainability practices at the Unpacked event. Apple has already set the precedent here, of course, and considering the choice both saves money and boosts PR, we’ll see more of this in 2021. You do get a USB-C cable and some pre-orders come with extras like a pair of Galaxy Buds Live and a Samsung Smart Tag.

Then there’s the ‘death of the Note’ S Pen compatibility here. It’s only the S21 Ultra that will work with the stylus, and a rep told us the S Pen is equivalent not to the 20’s accessory but to the Note 8’s stylus, with a larger form factor with a more comfortable grip. There’s no Bluetooth, for instance, but this functionality, for Air Actions etc, will be coming with the S Pen Pro later this year. There’s also, oddly, nowhere to actually store the S Pen on the S21 Ultra itself, so you’ll require a case like Samsung’s reasonably priced, first-party £59 Silicon Cover. (We’ve not had hands-on time with the S21 series yet, due to lockdown restrictions in the UK, look out for full reviews soon.)

Elsewhere, things are business as usual with plenty of the expected tech upgrades. All three Galaxy S21 will run Android 11 and arrive with Samsung’s new 5 nanometer Exynos 2100 chip. It’s powered by Qualcomm’s Snapdragon 888 in the US, though with 8GB not 12GB of RAM on the S21 and S21+, yet another decision raising eyebrows online.

The Galaxy S21+ and S21 Ultra also feature UWB (the trendy Ultra-Wideband protocol) for object and pet tracking via SmartThings Find, whereas the S21 relies on Bluetooth. That’s one of many decisions which make it less likely we’ll get a Galaxy S21 FE anytime soon – releasing a cheaper S21 FE without UWB would be the obvious choice that’s no longer available.

The redesign, meanwhile, with its statement camera module, works best on the more understated colourways and with the less aesthetically challenging three lenses of the S21 and S21+; after all the hype over the R&D that went into it, we do want to see Samsung’s ‘Phantom Black’ Ultra in person, though. The Galaxy S21 has the ‘glasstic’ plastic finish we’ve seen before and all three models have Gorilla Glass Victus protection round the front.

And the major news on the S21 Ultra, which also has a huge 5,000mAh battery with 45W fast charging, is the ‘pro-grade’ camera enhancements. These shouldn’t be written off even if they’re no surprise, considering that, according to our pro photographer test of five top smartphones, Samsung is superb in low light currently lags slightly behind Apple and Google for phone photography in other shooting scenarios. The new 108MP sensor comes with phase detection auto focus, a dual zoom of 3x optical and 10x optical for telephoto shots, as well as the ability to combine two 10bit frames into one 12bit RAW file. All gunning for Apple’s iPhone 12 Pro Max, of course, but crucially this time not in a more expensive package.

With the Z Fold and Z Flip lines no doubt sucking up most of the galaxy brainpower at Samsung, tweaking the Galaxy S series to make it as mass market as possible makes a lot of sense. And that means bringing the price down.

It’s unclear whether this mix of strange but sensible choices, in the name of making 5G flagship phones affordable in 2021, will keep Samsung on top. There’s just enough here to signal to the unsuspecting public that this is the new Galaxy series, though Samsung may lose some core Android loyalists both to rivals like Xiaomi and Oppo (who are still raising specs and prices year after year) and even, to a smaller degree, its own Galaxy S20 series. Like we said, not quite a normal phone launch.

💉 Inside the race to stop the next pandemic

🏋️ Gyms are closed so which workout app is better? Apple Fitness+ vs Peloton vs Fiit