The Future of Trains Over the Next Decade 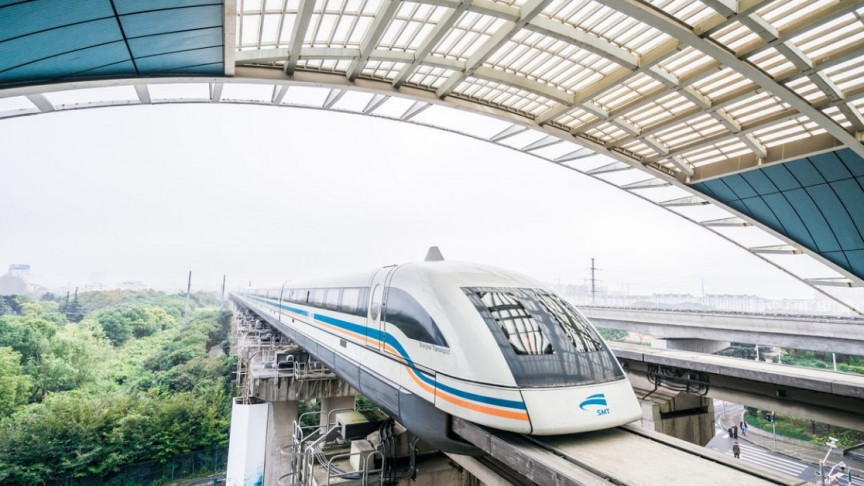 Trains, a two-hundred year old form of mass transportation, have continued to chug along into modern times. In certain regions of the world today, they are primarily used for freight while in others, like across the European Union and in India and Asia, trains are a common long and medium-distance transportation method. While the popularity of trains as vehicles for mass transit varies, their benefits are clear.

Trains are one of the most effective means of traveling from one place to another, assuming the train runs on the route you need to go, and they also happen to be one of the greenest forms of travel out there.

Many people in the United States have never ridden on a long-distance passenger train, although they are common in many places for commuting. The tide on trains is rapidly changing, though. In days of past, coal-powered trains were loud and pollution-heavy vehicles that spewed soot everywhere. Today’s trains are more economical and green, often powered by electricity, and are even viable competitors to air travel, thanks to new technology that can propel them at high speeds.

There are also new developments in the train and rail travel space that will expand their useability even further. From new train technology to new train concepts, let’s take a look at what the industry has to offer for advancements over the next decade

Trains are quite green

Aside from the fact that trains are great for commuting and traveling long distances without some of the hassles of flying, they can also be incredibly eco-friendly. In fact, the carbon emissions from a mile of railway transport are roughly 80% lower than that from the same distance traveled in cars. On top of this, a typical train line can transport up to 50,000 people per hour. This is significant, especially when compared to a freeway lane, which can handle only around 2,500 people per hour over the same distance.

RELATED: 15 TECHNOLOGY THAT COULD HELP DRIVE THE FUTURE OF TRAIN TRAVEL

It’s these benefits that add up to make rail travel highly efficient. Unfortunately, however, these benefits are lost on those who live in areas where there are few commuter trains.

The benefits are clearly there, so what’s ahead for train travel?

One of the foremost technologies improving the rail space is one you’ve likely already heard, maglev, or magnetic levitation. Unlike the days where trains must travel on steel wheels on a steel track, maglev technology allows trains to “levitate” over rails, getting rid of much of the friction that would’ve slowed them down.

Maglev technology has already been around for several decades. While it hasn’t been implemented widely (due to its high costs), maglev technology has hit its stride in parts of Asia eventually. Maglev trains abound in Japan and China, with the fastest able to propel passengers at 268 miles per hour (431 km/h).

Currently, the Shanghai Maglev is the fastest commercially-operated electric train in the world, but a new development might break that record. The Chuo Shinkansen train, under development in Tokyo, Japan, is set to hit 314 miles per hour (505 km/h).

The line will reach between Tokyo and Nagoya, a 178-mile journey that will take passengers just 40 minutes. That’s some impressive speed, and it will make the train highly effective for commuters between the two regions.

As maglev technology advances, a stronger case may be made for global adoption. For example, faster maglev technology makes these trains a far more effective commuting tool. Imagine being able to travel the 240 miles (390 km) from Dallas, Texas to Houston in just an hour — this is currently a 4 and a half hour journey by car. Having a high-speed rail line connecting distant economic centers would further shrink our world. The case is a strong one, although maglev trains and rail lines are still expensive to build.

Maglev trains are also fully electric, meaning that if the electricity used to power them comes from renewable sources like solar or wind, the maglev trains would have a very low carbon footprint, all while being one of the most efficient forms of long-distance travel. It’s this combination that allows consumers to get the best form of transit while helping the environment, which could help lead to the wider adoption of high-speed rail over the next decade.

One of the biggest hurdles to the further growth of trains is the amount of infrastructure that is needed to support them. Though it is notable that many alternatives, like highways, require sizeable infrastructure developments as well. However, the infrastructure for rail transit has a few additional benefits, mainly because trains travel on fixed tracks, making it easier to remove drivers from the equation. Rail travel also does not have to deal with delays from pedestrians or frequently yielding to other traffic, as rail lines always have the right of way.

Driverless, or autonomous trains, are also growing in use. For example, several trains in Brazil, China, Turkey, and Malaysia have already gone driverless. These trains are managed from a central control station and offer the advantage of running more frequently with fewer staff.  This cuts down on operation costs and helps the trains run far more smoothly.

The efficiency gains from autonomous trains could help make the argument for high-speed rail an even better one.

There’s another side to the argument for autonomous trains that increases their efficiency for use in mass-transit. That is the creation of what has been called the “internet of trains.”

The internet of trains

This involves the use of Big Data, sensors, and predictive analytics to guarantee their customers close to 100% reliability. This central management ultimately will allow for trains to be as efficient as possible, maximizing the number of people that can be transported in a given time simply by altering travel speed, arrival and departure times, and other factors. This gives operators far more control over the flow of people throughout their city than ever before.

Finally, another benefit of train travel compared to highway or air travel is simply the amount of space per passenger that they allow. Because trains depend less for efficiency on their overall weight than aircraft do, more space on trains can be allocated to passengers. This means that passengers on long trips can have a greater range of amenities, such as sleeper cars and lounge cars. On trains, travelers can also move about, while being subjected to less turbulence than on an airplane.

One can’t talk about trains without considering their possible future (or competitor): The hyperloop.

Comparing the hyperloop to the maglev trains we mentioned before demonstrates their clear benefit — speed. A fully-operational hyperloop could be capable of hitting speeds of 700 miles per hour (1126 km/h), more than double the speeds maglev trains can currently reach. This is in large part due to the lack of air resistance in the hyperloop, thanks to it being in a vacuum tube.

This high speed could make rail (err, loop?) travel much more practical. It could cut already short travel times in half, compared to the high-speed rail alternative.

The biggest problem with the hyperloop is the extremely high cost of construction and maintenance, as well as the fact that it doesn’t quite exist yet. While many hyperloop tests have been conducted, and some high profile small hyperloop projects are underway, it will still be a number of years before we see its practical application. However, by the end of the 2030s, the hyperloop may be about ready to give high-speed maglev trains a run for their money.