The future of the Apple Watch is sensor-packed healthcare 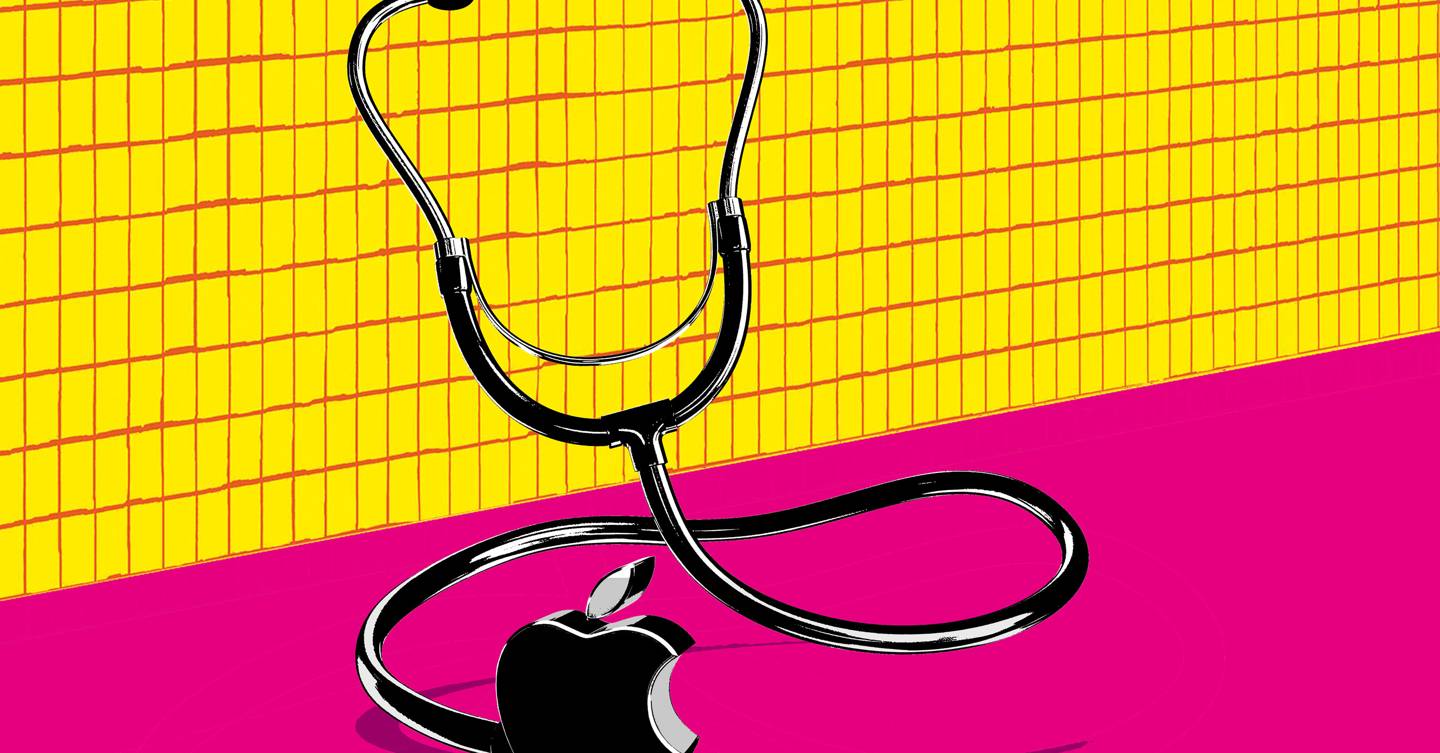 One day in 2018, a letter landed on the desk of Sumbul Desai, Apple’s vice president of health. It was from a woman thanking Apple for saving her life. The woman recounted how, a few weeks after having a baby, she had received an alert from her Apple Watch indicating that her heart rate was abnormally high. This prompted her to go to hospital, where she was diagnosed with thyroid storm, a condition that elevates heart rate and body temperature to dangerous levels and, if left untreated, can be fatal. “Had she not paid attention to it, her outcome could have been much worse,” Desai recalls. “Her letter is incredible moving because she talks about how she’s with her child [and] she’s healthy now.”

Desai, who joined Apple’s health team in 2017 after a stint as head of Stanford University’s Centre for Digital Health, regularly receives similar letters, and many such stories have surfaced online. There was the case of Scott Killian, for instance, who, after being given a clean bill of health a few months before turning 50, was woken up one day at 1AM by his Apple Watch alerting him that his heart rate was very high. During his subsequent visit to the emergency services, Killian was told by a doctor that he had suffered a heart attack and had four blocked arteries. He would probably have died if he hadn’t had the alert.

Saving the lives of Apple Watch users suffering from undiagnosed diseases is perhaps what comes to mind when CEO Tim Cook states that he hopes healthcare will ultimately be the company’s “most important contribution to humankind”.

Such ambition, however, was not part of any grand plan. “We never sat back, as a company, and said, ‘Let’s do healthcare,’” Desai says. “Our journey in health started with the Health app, and that was really our first step.”

According to Desai, the catalyst for this pivot was the decision to include an optical heart sensor on the third series of Watch, launched in late 2017.

“We put the PPG sensor on the watch to actually make sure that we were accurate in our calculation of calories because, using heart rate to be able to drive the accuracy of the calorie calculations, is the right way to do it,” Desai says. “We never had the intention to measure heart rate.”

Desai and her team were intrigued when, shortly after the inclusion of the sensor, customers started bombarding them with letters describing how it had helped them uncover previously undiagnosed medical conditions such as allergies or heart disease. “When we receive letters from customers and we see the impact it has on the individual, that is where we fully appreciated the responsibility that we have and how this is having an impact on individuals’ lives, says Desai.

Such feedback motivated them to introduce a feature called high heart rate notification, which allowed users to be notified automatically if their heart rate surpassed a set threshold. “And after that, we started receiving even more letters,” Desai says. Emboldened, the Apple Health team invested their efforts in new features like the irregular heart rhythm notification. “Your heart has two key parameters that we pay attention to: how fast it beats and its rhythm,” Desai says. “And the heart normally beats in a regular drumbeat. But if your heart is playing jazz, that’s generally not a good sign.” Throughout the day, about every two hours, the heart sensor measures the electrical impulses that coordinate the beating of the heart. If the Watch detects an abnormal signal five out of six times in a row, the wearer receives an alert.

A second new feature was revealed in 2018 with the fourth series of the Apple Watch: an FDA-approved electrocardiogram, or ECG. By placing a finger on a titanium electrode located in the digital crown of the smartwatch (therefore creating a closed electrical circuit between the finger, the heart and a second electrode on the back of the watch), users could measure the small electrical current that makes the heart beat. This allowed them to watch for signs of atrial fibrillation — the most common type of irregular heart beat which can precede a stroke.

In 2019, Stanford Medicine, supported by Apple, published a study with more than 400,000 Apple Watch users in the New England Journal of Medicine. Just over 2,100 participants received an initial irregular heartbeat alert and were then invited to wear an ECG patch for two weeks. Of the quarter that did so, 84 percent who received further notifications were confirmed to suffer from atrial fibrillation.

“It is an interesting development for wearable technology, and one that has been much better validated than other devices. The great thing is that the wearer can record a single lead ECG and send that by email so a cardiologist can look at it and consider what further testing might be required,” Martin Cowie, a cardiologist at Imperial College London, says. “The downside is that those who took part were much younger than those who normally have atrial fibrillation, so not quite the right study population. Other studies in older populations are underway which will be more relevant to clinical practice.”

Later in 2019, Apple released the sixth version of its Watch operating system, watchOS. It included Cycle Tracking, an app that helps users keep track of menstrual cycles and period symptoms, and the Noise app, which uses the Watch microphone to detect when the decibel level in the vicinity is reaching levels that can cause irreversible hearing loss. “Hearing is a window to the world,” Desai says. “This is important because as individuals lose their hearing they are at higher risk of depression and dementia.”

In partnership with organisations including Harvard University and the World Health Organisation, Apple also announced three new clinical studies – the Women’s Health study, the Hearing study and the Heart and Movement study — which allow Watch users to participate by sharing their data. “I keep being asked about what we do with all this health data?” Desai says. “We do nothing with it because we don’t have it — the data sits on device. The only time we ever engage with that data is if an individual chooses to share it for research.”

As usual, Apple is tight-lipped about future developments. “Glucose sensors have been on the radar for a long time and there have been discussions about sensors capable of measuring oxygenation levels, stress levels and blood pressure,” says Gadi Amit, founder of NewDealDesign, which created the Fitbit, among many other devices. “What’s also important is that the data we’re capturing is very different. Capturing these signs while sitting on a hospital bed is different from capturing them while we’re going about our daily life. The continuous, mobile monitoring can be much more insightful. This is potentially a new type of medicine.”

📖 How coronavirus kills, one organ at a time