The Father of Cybernetics – Norbert Wiener 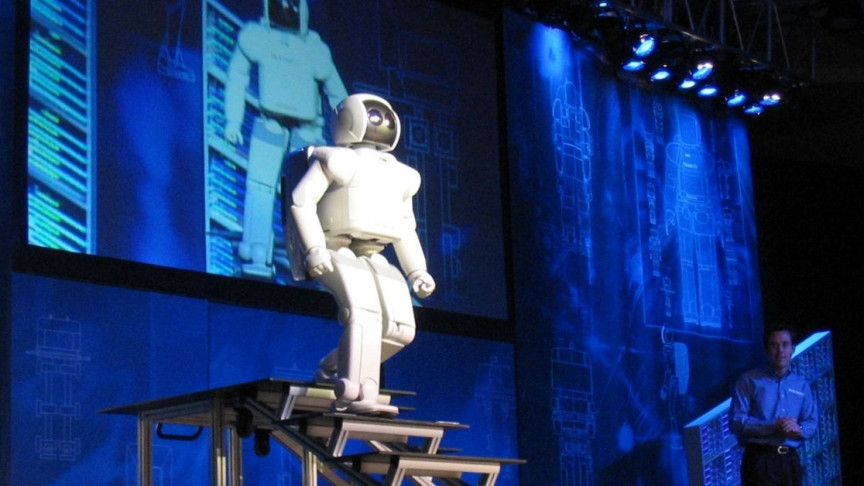 Fundamental to the study of engineering is the field of cybernetics, which is the science of communications and automatic control systems in both machines and living things. The field of cybernetics has played a role in the development of artificial intelligence, computer vision, robotics, and neuroscience.

The “Father of Cybernetics” is one of the most eccentric mathematicians ever to have lived, and this in a field noted for its eccentrics. His name was Norbert Wiener.

Wiener was born in 1894 to Leo Wiener and his wife Bertha. Leo became a noted professor of languages and history at Harvard University, and speaking multiple languages was the norm in the Wiener household. At home, the family spoke English, German, Russian, French, and Italian. During his lifetime, Norbert would go on to learn a total of 34 languages.

When he was just 18-months-old, Norbert’s nanny took him for a day at the beach. To pass the time, she began drawing the letters of the alphabet in the sand. By the time they came home, Norbert knew the alphabet. When Norbert was three-years-old, his mother stopped reading to him because he had begun reading to her.

Recognizing Norbert’s talents, Leo decided to educate him at home, and he started the boy on the Greek and Latin classics, and the writings of Charles Darwin. When Norbert was 11-years-old, two things happened. First, he was admitted to Massachusetts’ Tufts University, and the New York World newspaper published the story, “The Most Remarkable Boy in the World” which described Norbert’s prodigious talents.

Discounting Norbert’s natural ability, Leo used the article and subsequent articles in the Boston Evening Record, the American Journal of Pediatrics, and American Magazine to trumpet his own teaching methods, and this had a lasting effect on Norbert. Of that time, Norbert wrote, “It rendered me more diffident as to my own ability that I would have otherwise been even under my father’s scolding.”

In 1909, at 14-years-old, Norbert Wiener graduated from Tufts and went on to study zoology at Harvard University. However, his extreme nearsightedness made laboratory work difficult, and he switched fields to mathematical logic.

In 1913, when he was 18-years-old, Wiener received his Ph.D. and, using a graduate fellowship, he entered what was then the center of the world for mathematical philosophers — Trinity College at Cambridge University. It was home to Bertrand Russell who, along with Alfred North Whitehead, had just completed the towering work, the Principia Mathematica.

Russell suggested that Wiener read the four papers published during “the miracle year” of 1905 by Albert Einstein. Wiener took up Einstein’s work on Brownian motion by imagining a drunkard leaning against a lamp post who then staggers around the post, and he was able to assign a probability measure to any set of trajectories the drunkard might take. Today, this is known as the Wiener process.

After his year at Cambridge, Wiener went to Göttingen University, where he studied under the magnificent David Hilbert, however, the outbreak of World War I drove Wiener home. After the war, Wiener became a lecturer at the Massachusetts Institute of Technology, a post he never left, and it was there that his eccentricities became the stuff of legend.

Stories abounded of Wiener entering a classroom and delivering a fantastic lecture to a class that unfortunately was not his own. Wiener was also known for writing equations on the blackboard simultaneously with both hands.

Wiener had a habit of walking the halls of MIT while reading a book. He navigated by running his finger along the walls, and once, when a classroom door had been left open, Wiener followed his finger through the classroom door, all around the room and back out the open door, all while the lecture was going on.

Wiener once attended a conference and parked his car in a large lot. When the conference ended, Wiener had not only forgotten where he had parked his car, but which car was his. Wiener came up with an ingenious solution, he sat down and waited until every other car had left the lot, and he then got into the only car left and drove away.

Once time, when an MIT alumnus noticed a car with a flat tire at the side of a road in New Hampshire, he stopped and asked the car’s occupant, who he recognized as Norbert Wiener, if he could help. Introducing himself as an MIT alumnus, Wiener asked if the man had taken any of his classes. The man responded that he had taken calculus with Wiener who then asked, “Did you pass?” When the man said he had, Wiener responded, “Then you can help me.”

In 1930, Wiener had begun work on autocorrelation functions, which concern a signal and a delayed copy of that signal as a function of that delay. This work would have an enormous impact on signal processing and electrical engineering.

When World War II broke out, Wiener along with collaborator Julian Bigelow, threw themselves into the war effort. They began analyzing anti-aircraft defenses, which in 1940 meant that only one out of 2,500 antiaircraft shells was actually scoring a direct hit. Wiener and Bigelow considered an observer, the gun, airplane, and pilot as an integrated, probabilistic system.

Out of this work, Wiener invented a mathematical filter that was vital to signal processing, and it remained classified until 1949 when Wiener published “Extrapolation, Interpolation, and Smoothing of Stationary Time Series”. In 1948, Wiener published the seminal work, “Cybernetics: Or Control and Communication in the Animal and the Machine.”

Norbert Wiener married, and perhaps remembering his treatment by his father, he was known as a devoted parent to his two daughters. In March 1964, Wiener died unexpectedly while giving a lecture at Sweden’s Royal Academy of Sciences. When news of his death reached MIT, its flags were lowered to half staff, and people gathered in hallways to share their memories of the eccentric professor who had roamed MIT’s hallways for over 45 years.